There are no requisite professional standards at the federal level. The president's American Families Plan wants to change that. Read More... 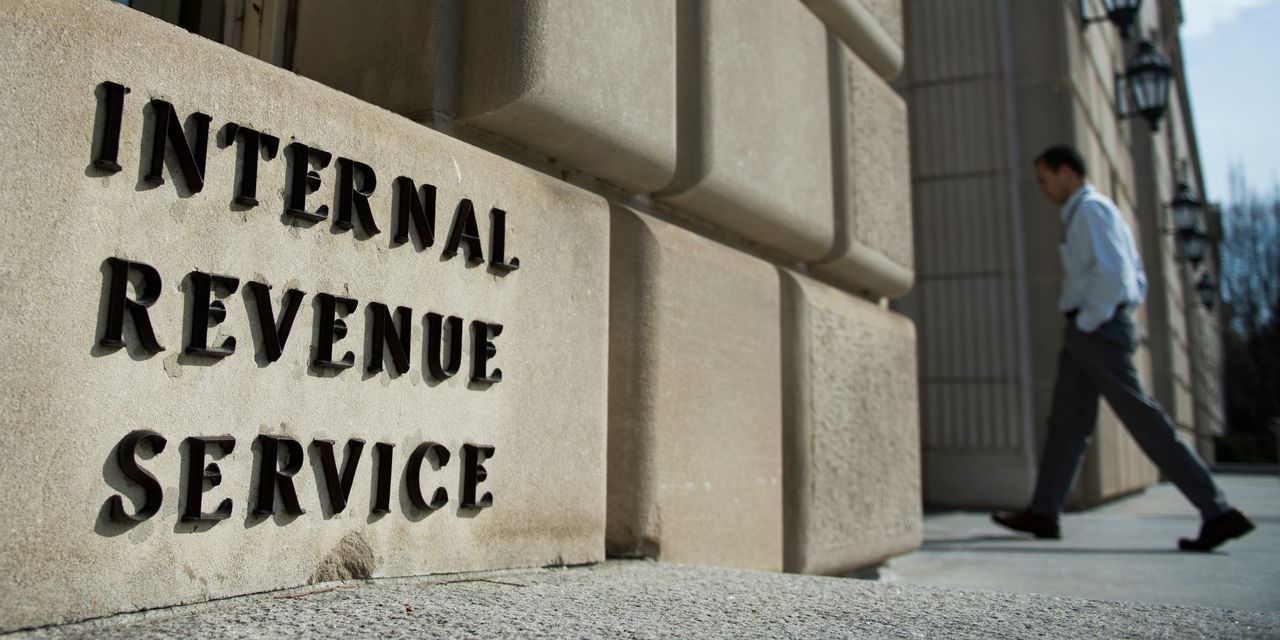 Before a person can professionally cut hair, paint nails or be a general contractor, they’ll need a license.

But when it comes to preparing a tax return — a crucial transaction between taxpayers and government with accuracy penalties, audits and tax bills waiting if things go wrong — there are no requisite professional standards at the federal level.

In a $1.8 trillion plan that could bring more audits and more taxes for high-income households, advocates say this is a call for consumer protection that’s geared towards low-income families.

And in a plan that would direct more money to low-income families through boosted tax credits, it’s never been more necessary they add.

To be clear, many tax professionals undergo training, and have licenses and accreditations to lose if they do something wrong. Attorneys, accountants and enrolled agents can all file tax returns. They all must pass professional exams and follow varying continuing education courses.

But there’s another swath of unregulated preparers who just get an easy-to-obtain “preparer tax identification number” before they can submit returns.

Sometimes they quickly set up shop in minority neighborhoods and then leave, observers say. Just a handful of states, like New York and California, have their own licensing standards, they note.

After years of regulatory efforts, court fights and stalled legislation, more preparer oversight “is long overdue,” according to Rebecca Thompson, director of field engagement and the Taxpayer Opportunity Network at Prosperity Now.

As low-income families try bouncing back from the pandemic, more generous credits, like the Earned Income Tax Credit and the Child Tax Credit “are so desperately needed. The expanded credits also represent a prime opportunity for fraud, so it is critical we have appropriate guardrails in place.”

“ ‘The expanded credits also represent a prime opportunity for fraud, so it is critical we have appropriate guardrails in place.’ ”

Thompson has seen the damage firsthand when unregulated, untrained preparers take a person’s cash and leave them with a return that’s riddled with errors, bogus tax-credit claim and a continuing liability to pay the IRS for their preparers’ mistakes.

Thompson remembered helping one Jacksonville, Fla. woman five years after her preparer artificially inflated income and wrongly claimed educational credits without her knowledge. After the IRS came knocking, the woman was stuck with a tax bill around $5,000 to $6,000 and in danger of losing her access to public housing.

Thompson remembered the “tough conversation” about arranging a long-term IRS repayment plan for the woman. “She was really upset and devastated,” Thompson recalled.

“It’s still wide open,” said Nina Olson, the former National Taxpayer Advocate who has pushed for more tax preparer standards and oversight during her career. Olson’s tipping point, she said, was spotting a sign in the late 1990s from a used car dealer who advertised on late-night television with a duck for a mascot.

The sign read: “File your taxes with the duck, use your refund for a truck.”

Olson has called this underbelly of the paid tax preparer industry the “the wild, wild West.”

The rise of tax software made it easier for anyone to prepare returns, Olson noted. Meanwhile, increased funding over the years for provisions like the EITC prompted more low-income households to file returns.

If they couldn’t afford an attorney or accountant, she said they might turn to a “fly by night” operation.

“ Several preparers previously sued the IRS, saying it lacked authority to come up with regulations for them on its own. ”

Beginning in 2002, Olson pushed for federal oversight of tax preparers.

By 2011, the IRS put its own rules into effect that required paid tax preparers to register with the federal tax agency, take competency exams and stay up to date on the tax code with 15 hours of yearly continuing education. Those regulations applied to around 600,000 to 700,000 preparers.

Several preparers sued, saying the IRS lacked authority to come up with regulations like these on its own. A Washington D.C. federal judge sided with the preparers.

Members of the Washington D.C. Court of Appeals, including future Supreme Justice Brett Kavanaugh, upheld the lower court decision in 2014.

The IRS now has a voluntary registration program, Olson noted. (That directory can be found here.)

The Justice Department says it has obtained court orders permanently shutting down “hundreds” of shady preparers in the past 10 years.

A slew of bipartisan bills

Since the 2014 court decision, there have been bipartisan bills focused on paid preparer regulation. But they haven’t become law.

However, passage could happen this time, given how much is riding on making sure taxpayers get all the money they’re entitled to, said Mark Steber, senior vice president and chief tax information officer at Jackson Hewitt, a national chain.

Jackson Hewitt has long supported regulatory standards, he said, just like many other major companies and players in the tax preparation world. It’s critical to protect taxpayers, he said, but multi-state companies would also rather follow one set of laws instead of various state laws where preparers do need licenses.

“ Multi-state companies would rather follow one set of laws instead of various state laws where preparers do need licenses. ”

“I don’t think there’s any real objection to this. It’s more the how,” Steber said.

The “how” involves matters like whether background checks are needed, how many hours of continuing education —and who pays for all that, he added. Jackson Hewitt staff undergoes annual competency tests, Steber noted.

The current Biden bid is still short on specifics. A Treasury Department notice said more regulations would, among other things, include “stiffer penalties for unscrupulous preparers who fail to identify themselves on tax returns and defraud taxpayers.”

A spokesman for Intuit INTU, -0.96%, the maker of TurboTax, said the company employs thousands of certified public accountants and enrolled agents, “and we continue to support efforts to ensure that taxpayers seeking personal assistance in filing their taxes are receiving knowledgeable assistance like the professionals provide through Intuit offerings.”

The National Association of Tax Professionals would have to see the details of the text before it took a position, said Rhonda Collins, director of tax content and government relations at the 23,000-member professional association with attorneys, accountants, enrolled agents and non-credentialed preparers.

In principle, Collins, an enrolled agent and accountant, said that tax professionals who handle areas prone to error and potential fraud, like returns with an earned income tax credit, should be subject to more oversight.

The American Institute of Certified Public Accountants is waiting for more details on the proposal, said Melanie Lauridsen, the organization’s senior manager for tax policy and advocacy.

“We think that the legislative and executive branches should determine the appropriate level of service and compliance they want the IRS accountable to provide, and then dedicate adequate resources for the agency to meet those goals,” she said.

“We think the IRS should be doing this job,” Steber said. “Right now, nobody’s doing this job.” Paraphrasing a comment years ago from Sen. Chuck Grassley, a Republican from Iowa, Steber said a person’s barber “has more regulatory oversight in this day and age than your tax preparer, and that’s not right.”

TaxWatch: Some lower-tax states won big in the 2020 Census count. Are Americans really moving to escape the taxman?
Amazon Just Posted a Record Profit Margin: 3 Reasons It Will Get Even Better
Comment

FAANG Rally Continues as Players Cash in on Coronavirus Crisis

Drake is trying to trademark Canada’s pot warning label, and may be in for a fight