Some among the super elite are serious tax scofflaws, according to a high-ranking Treasury Department official. Read More... 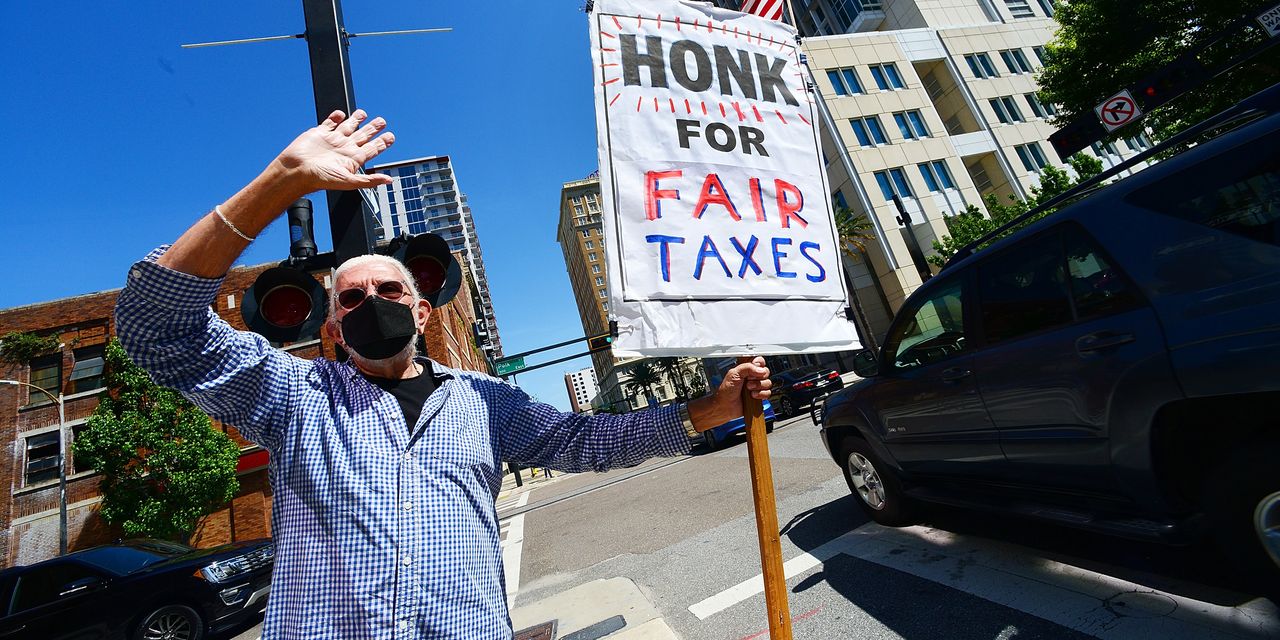 Some among the super elite are serious tax scofflaws, according to a high-ranking Treasury Department official.

That’s more than a quarter of the missing tax revenue, Sarin noted in a new article on the Treasury Department’s website.

“Today’s tax code contains two sets of rules: one for regular wage and salary workers who report virtually all the income they earn; and another for wealthy taxpayers, who are often able to avoid a large share of the taxes they owe,” she wrote.

Sarin pointed to research last year about who accounted for unpaid taxes. “Estimated unpaid taxes are calculated by applying these percentages to [tax year] 2019 tax-gap estimates. The distribution of the tax gap across the income spectrum is difficult to estimate, especially at very top incomes,” she said in a footnote.

Sarin’s article — which adds to the research suggesting well-heeled households know where to sidestep tax-code obligations — comes at a time when Democratic lawmakers are eyeing a $3.5 trillion spending package that’s powered by tax hikes on rich Americans.

Earlier this year, researchers inside the Internal Revenue Service found “substantial evasion at the top” of the income ladder in their own scrutiny of audit data. One blindspot was unreported offshore wealth, they noted, while working with researchers at the London School of Economics, Carnegie Mellon University and the University of California, Berkeley.

Sarin is a former University of Pennsylvania law professor who’s studied how much more money could be coming to federal government’s coffers with more audits targeting the rich.

Super-wealthy taxpayers can afford to hire lawyers and accountants who will find ways to “shield them from bearing their true income tax liability,” said Sarin — and they know they are up against an Internal Revenue Service that’s understaffed and potentially without the bandwidth to sniff out all the missing tax money.

The Biden administration’s proposals would, among other things, devote $80 billion over a decade for more staff and more investments in the IRS, Sarin said. The return on that investment could be $320 billion in extra tax collections over 10 years, she said.

Earlier this year, IRS Commissioner Charles Rettig told lawmakers “we do get out-gunned” when trying to make sure rich taxpayers are paying their full tax bill. At that same hearing, Rettig estimated the government could be missing out on up to $1 trillion in taxes every year.

Though audit counts have been on a steady slide in recent years, there was a small increase in 2020 audits for the rich, according to IRS statistics. Almost 11,000 of the concluded audits focused on returns worth at least $1 million. That’s far fewer than the 24,744 audits for the income group in tax-year 2011, but it’s more than the 889 audits for the rich concluded in the 2018 tax year.

Executives at the hedge fund Renaissance Technologies LLC will personally pay approximately $7 billion in back taxes and penalties, the Wall Street Journal reported earlier this month.

To be clear, Sarin is talking about dodging tax obligations, but there’s also using the existing tax rules to legitimately shrink a tax bill.

Earlier this summer, the investigative news site ProPublica caused a stir when it reported how elite taxpayers like Elon Musk, the CEO of Tesla TSLA, +0.13%, and Amazon AMZN, +0.46% founder Jeff Bezos went through several years using write-offs, credits and other provisions to end up with no income-tax liability.

On the other end of the spectrum, the Tax Policy Center recently projected that more than 100 million households did not owe federal income taxes in 2020 due to missed work, smaller incomes and stimulus checks, which shaved their tax liability even more.

US STOCKS-Indexes fall, led by tech decline on mounting fears coronavirus could spread

Canopy Growth Corporation (CGC) Stock Sinks As Market Gains: What You Should Know