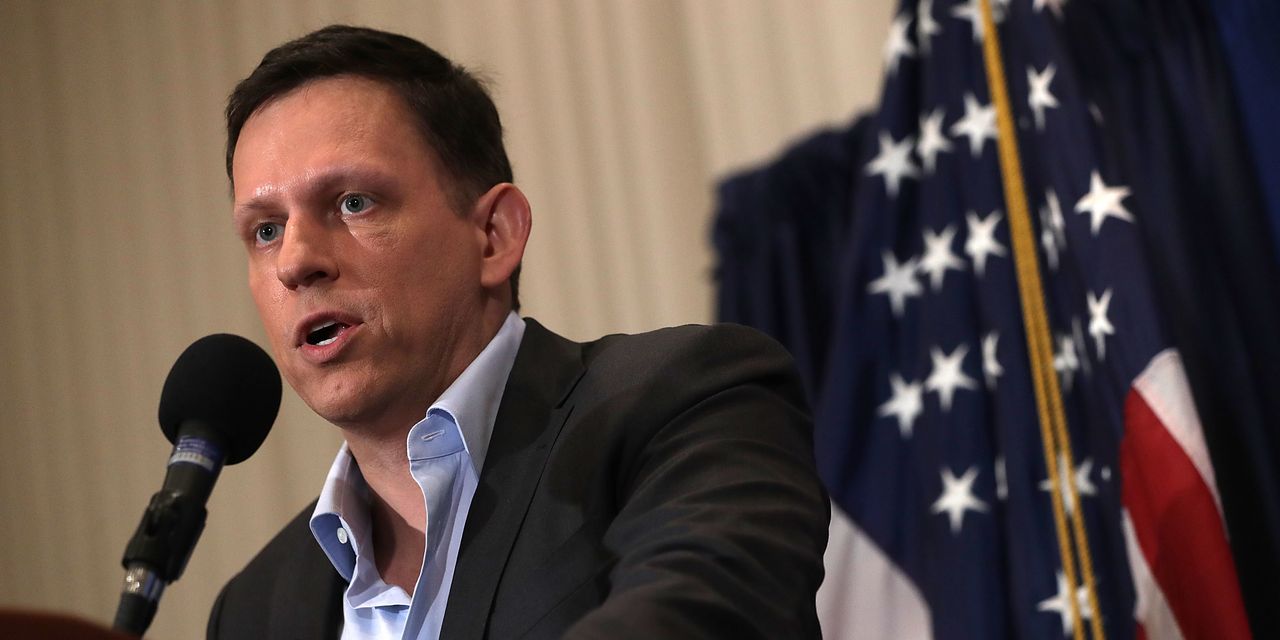 Peter Thiel transformed a tiny Roth IRA worth approximately $2,000 into a $5 billion tax-free behemoth, according to an article from the investigative news site ProPublica.

There are minor not-so-minor obstacles in their way, however.

But, they add, those investors also need access to capital, access to deals, luck, investing savvy, tax savvy (and/or cash for the professional advice) and stomach for the risk.

“You would have to tread very carefully,” said Michelle Gessner of Gessner Wealth Strategies in Houston, Texas.

“I don’t think it’s impossible for the average person to do their own smaller scale version of it,” said Malcolm Ethridge, executive vice president at CIC Wealth in Rockville, Md., and host of The Tech Money podcast.

“ Roth IRAs are funded with after-tax money, so the earnings come out tax-free versus a traditional IRA, which incur taxes upon withdrawal. ”

ProPublica said Thiel, PayPal’s co-founder, used his Roth IRA to buy 1.7 million shares of the company in 1999. He bought the shares at $0.001, three years before the company went public, and as the company grew in value, so did Thiel’s tax advantaged account.

Roth IRAs are funded with after-tax money, so the earnings come out tax-free versus a traditional IRA, which incur taxes upon withdrawal.

A spokesman for Thiel did not respond to a request for comment. The article is a follow-up to an initial ProPublica report saying some members of the super-rich owed no income tax — an example of how the tax code tilts toward the elite.

Thiel’s Roth IRA stands far apart from the average account balance of the approximately 21.6 million taxpayers who had Roth accounts by the end of 2018. The average balance was $39,100, according to data from the Internal Revenue Service.

Traditional and Roth IRA contribution limits are currently $6,000, so it might seem mind-boggling to amass that much wealth in an account, but bear in mind the so-called “self-directed IRA.”

Ethridge said the term “self-directed” can be confusing because in IRAs and Roth IRAs, account holders can already tell the custodian, like Fidelity Investments or Charles Schwab, what securities to buy and sell.

“ The average balance in Roth IRAs hover around $39,100, according to data from the Internal Revenue Service. ”

But self-directed IRAs and self-directed IRA custodians enable the account holder to invest in a far wider array of assets in a traditional IRA or Roth IRA, Ethridge said. That can include real estate, privately held companies, commodities, precious metals and more, he said.

Stocks and bonds in the public market have analysts and regulators watching every day to gauge value and monitor compliance. Figuring out value can be a much tougher task for an investment opportunity like a start-up.

“If you don’t know what you are doing, therein lies the risk,” said Matt Chancey of Dempsey Lord Smith. It’s a matter of know-how, Chancey said, but when pouring money into private markets, also a matter of who you know — who could, for example, share insight on a new company ready to pop in value. “You have to have access to deals like that be able to execute,” he added.

The average investor might not become a billionaire with their Roth IRA, but Michael Peterson of Faithful Steward Wealth Advisors in Chambersburg, Pa. said there are “some very practical steps that can be taken to maximize the tax-free nature.”

One thing is putting the most aggressive investments in the Roth to reap the biggest tax breaks if there’s big value appreciation, he said.

There’s a flip side, though, “if a holding is truly speculative and has a significant chance of catastrophic loss, you might want to place at least a portion of that holding inside a taxable brokerage account.” Doing that lets a taxpayer report a capital loss for tax purposes, Peterson said.

The tax code currently lets an investor deduct a $3,000 capital loss exceeding their gains. “Losses inside a Roth IRA cannot be harvested to generate a tax benefit,” he said.

That’s one rule to remember, but there’s so much more, Gessner said. For example, if you buy real estate with your self-directed Roth IRA, but then you, family or friends live there, the Roth IRAs loses its tax advantages because the IRS could consider that “self-dealing.”

“You have be very cognizant on what you are doing,” she said, later adding that pouring money into self-directed IRAs and their span of asset can be “a hot bed of traps.”

“You better surround yourself with the right resources providing the proper interpretations of the rules,” Gessner added.

Should Roth IRA rules be changed?

The investment decisions leading up to Thiel’s massive Roth IRA “definitely was strategic, and certainly not what the vehicle was intended for — but again, it is legal,” said Allison Schrager, a senior fellow at the Manhattan Institute, a right-leaning think tank.

Earlier in the day, Anthony Scaramucci, founder and co-managing partner of SkyBridge Capital and former White House communications director, said one solution for a situation like Thiel’s Roth IRA is a limit on the tax advantages. That could be a threshold where taxes kick in after an account reaches a certain balance, Scaramucci told CNBC.

But Schrager said she doesn’t like cut-offs. “They just induce weird behavior,” like potentially taking withdrawals to avoid tax or shifting around assets.

“A cleaner way” for any reforms would be restricting what IRAs can invest in — like, for example, a rule that they could only invest in publicly-traded companies, Schrager said.

Where to buy Xbox Series X: Microsoft’s next-gen console is in stock at Currys
: Panasonic sells its stake in Tesla for nearly $4 billion: report
Comment

NewsWatch: How much of the stock market’s rise over the last 11 years is due to QE? Here’s an estimate

NewsWatch: This guy racked up $16,000 in credit-card debt — 7 ways he found financial freedom