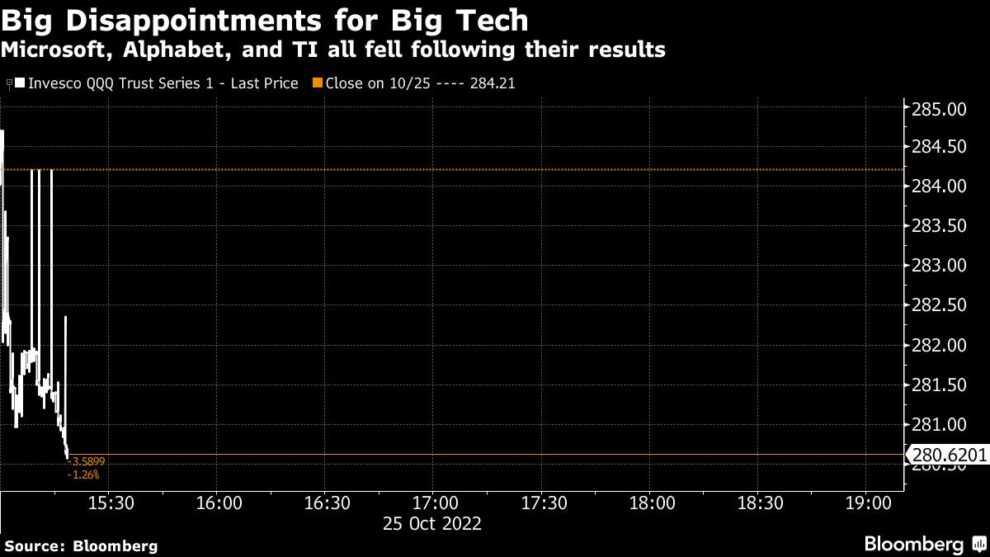 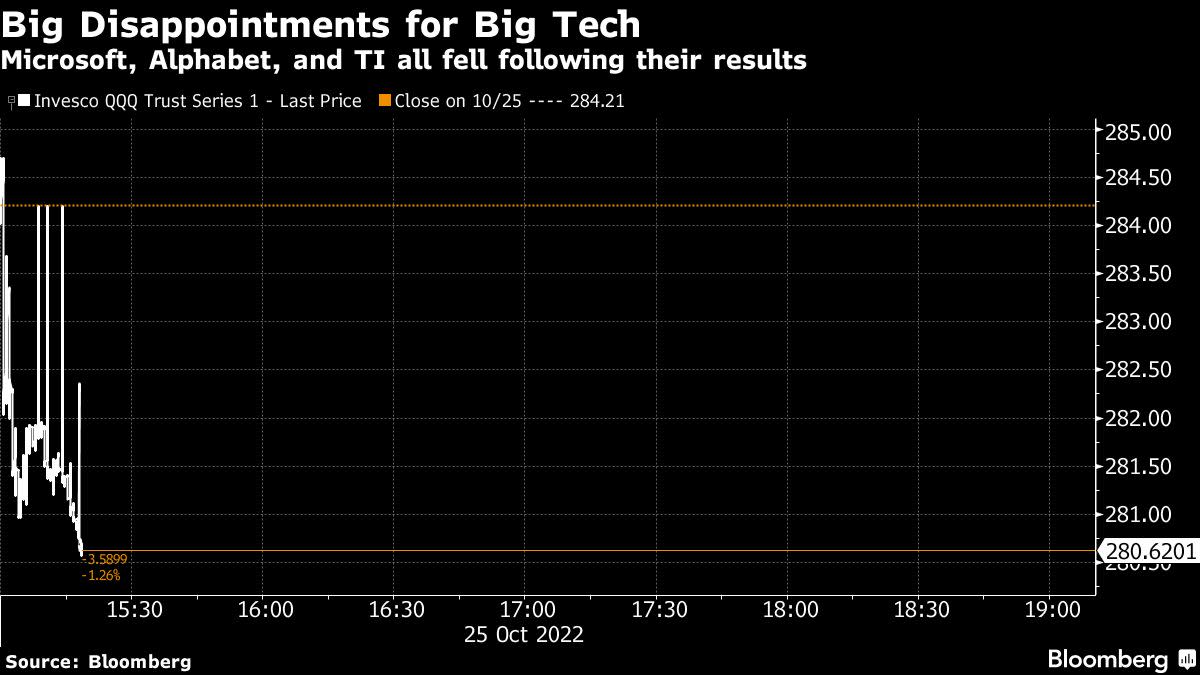 (Bloomberg) — In a swift reversal of fortunes, tech stocks slumped in post-market trading Tuesday after some of the industry’s biggest names reported disappointing results.

Google parent Alphabet Inc. fell as much as 7.4% after third-quarter revenue came in below expectations, while software giant Microsoft Corp. lost 8.1% following a disappointing revenue forecast. Texas Instruments Inc., a bellwether for the semiconductor industry, tumbled 6.1% after giving a forecast that was weaker than analyst estimates.

It’s an about face for the group after the Nasdaq 100 Index jumped to its highest level in a month during regular trading. The Invesco QQQ exchange traded fund, which tracks the tech-heavy benchmark, dropped as much as 2.1% in after hours trading while Amazon.com Inc. fell 4.9%. The selloff has fanned fears that the group may not easily recover from its sharp equity losses this year after the tech benchmark slumped almost 30%.

The selloff in extended trading was broad-based. Those that derive sales from online advertising followed Alphabet lower, with Meta Platforms Inc. and Pinterest Inc. dropping more than 4% each. Among software companies moving in the wake of Microsoft, Datadog Inc. tumbled 7%, Snowflake Inc. fell 5% and Salesforce Inc. dropped 3%. In the chip space, Analog Devices Inc., ON Semiconductor Corp., and Marvell Technology Inc. also dipped.