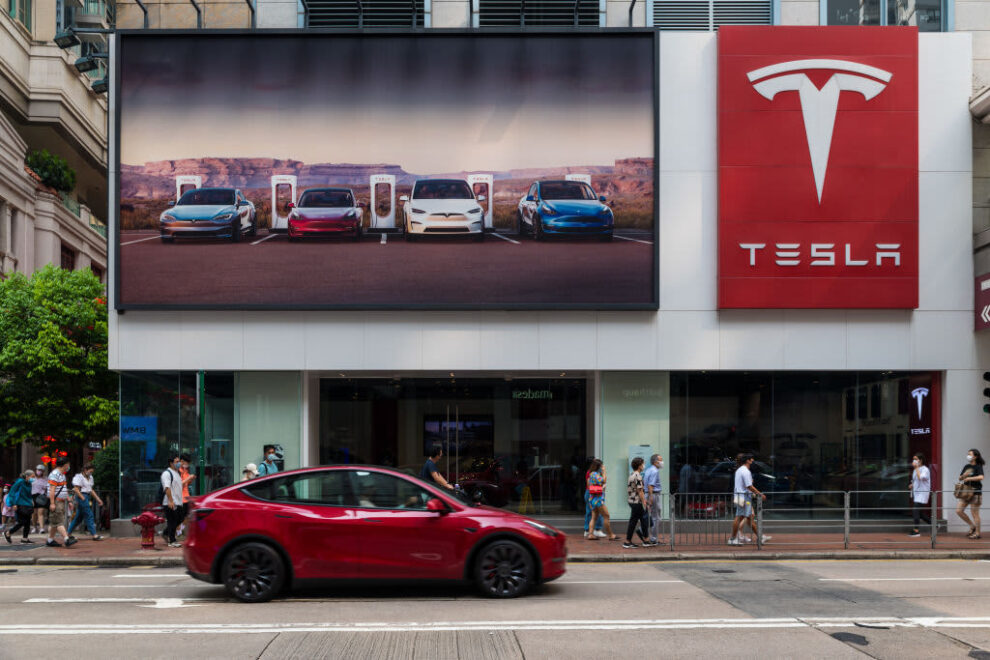 Electric vehicle maker Tesla reported earnings after the bell, beating on both earnings and revenue. Shares were trading approximately flat after hours. Here are the results.

In the year-ago quarter, Tesla reported revenue of $17.72 billion and adjusted earnings of $2.52 per share.

Automotive gross margins came in at 25.9%, the lowest figure in the last five quarters.

In a shareholder deck, the company acknowledged that average sales prices have “generally been on a downward trajectory for many years,” and said “affordability” would be necessary for Tesla to grow into a company that sells multiple millions of cars annually.

In late 2022 and this year, Tesla cut prices on its cars around the world, upsetting customers in the US and China who recently bought new Teslas at higher prices, and triggering an instant decline in used Tesla prices in the US as well.

Earlier this month, Tesla reported vehicle delivery and production numbers for the fourth quarter of 2022 that set a new record for the company, but fell shy of the company’s goals and analysts’ expectations, despite having cut prices on its cars in December to spur customers to take deliveries before the year’s end.

Tesla reported 405,278 vehicle deliveries and production of 439,701 vehicles in the period ending December 31, 2022. Full year deliveries amounted to around 1.31 million, a record for Tesla, after the company started production at its new factories in Austin, Texas, and Brandenburg, Germany.