Nearly one-third of all jobs require a state-level license, making it harder for workers to become part of those occupations and be fully mobile around the country. "Occupational licensing reform" is an issue that resonates with progressives and libertarians alike. Read More... 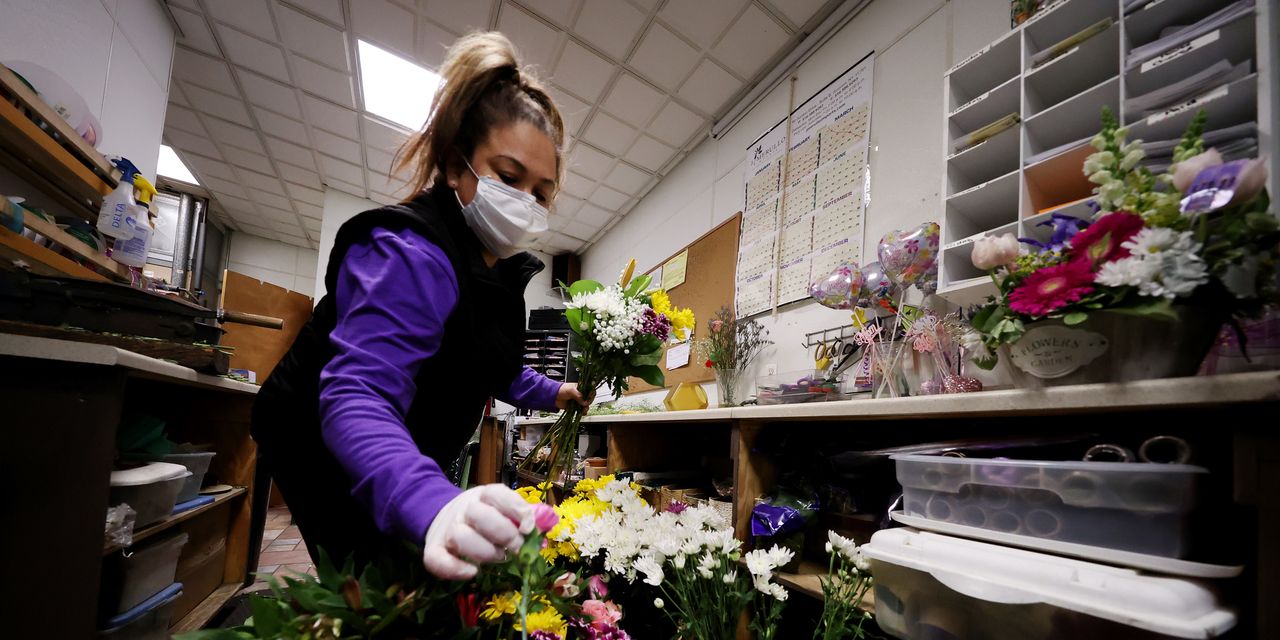 It’s an issue progressives and libertarians can agree on. It has unique potential to help service workers at a moment when many of those professions have been upended. And it just got some attention from the White House.

“Occupational licensing reform” may be the most awkwardly-named, little-discussed labor topic in the American economy today.

The idea is simple: the number of occupations for which an American worker must be licensed has exploded, to nearly 30% of all jobs now, up from 5% in the 1950s. That throws up barriers to entry, crimps competition, and keeps workers less mobile. Examples include service jobs such as cosmetology, floral arranging, tooth-whitening and others.

As the issue gathers more attention, more workers may find it easier to access occupations that might have had requirements keeping them out — and consumers may have a broader set of choices, as well.

“Lots of people lost their jobs during the pandemic, so making sure we don’t have artificial barriers to jobs is important,” said Shoshana Weissmann, a fellow and the senior manager of digital media at the R Street Institute, a free-market think tank. “Also, when you have fewer professionals in an industry, those services can become more expensive.”

The White House, in a July executive order, described it this way: “In certain occupations, such as skilled construction trades, licensing is critical to protecting public health and safety and increasing wages for workers who acquire in-demand skills and knowledge. In other occupations, however, it can impede worker mobility without countervailing benefits.”

There are nearly as many explanations about why occupational licensing is mushrooming as people taking an interest in reforming it.

Ryan Nunn is a researcher at the Minneapolis Fed, and previously worked on the issue as part of the Obama administration. In an interview with MarketWatch, Nunn noted that some of the licensing sprawl over the past few decades comes from the country’s broad shift to a service-based economy. But, he says, research shows that two-thirds of the increase is due to “professionalization of the workforce.”

“Occupations are organizing themselves, setting up common standards and industry groups,” Nunn said. “Then it becomes a short leap to getting licensed. They go to the state legislature and ask for requirements to be licensed. They may see that as the final step.”

That evolution is a classic example of what economists call “rent-seeking.” It privileges those already working in the profession and makes it harder for new people to enter, which means incumbents may be able to charge more for their services, benefitting themselves at the expense of consumers. It may also be the case that giving that professional group what it wants leads to happier outcomes — contributions — for legislators.

Weissmann also points to what she calls the “there oughta be a law!” kind of outrage that so often boils up when something goes wrong. “That’s not always a bad impulse,” she said. But it may be misguided.

Take the example of the New Jersey dog groomers.

Dozens of dogs died over the course of a decade after being groomed at privately held PetSmart stores around the state, prompting a 2018 local news investigation and a push for legislation that would require licensing for groomers. “Bijou’s Law” failed to pass initially but has been re-introduced.

“There’s better ways to achieve a lot of the same outcomes that people want,” Weissmann told MarketWatch: inspections, for example.

(Dog-grooming safety seems to strike a special chord for Americans: a recent Twitter kerfluffle erupted after a local television reporter in Washington, DC, seemed to suggest dogs were being murdered by groomers.)

Nunn points to North Carolina State Board of Dental Examiners v. Federal Trade Commission, a Supreme Court case decided in 2016, as an example of overreach and reform. The high court agreed with the FTC that a state licensing board made up of practitioners needed some supervision. “Their concern was the state was delegating too much authority to the industry,” Nunn said in a MarketWatch interview. “The dentists got to regulate themselves.”

Even though nearly all licensing is done on the state level, Nunn believes there’s a role for the federal government to play, as the FTC did in that North Carolina case. There’s also the bully pulpit that the White House and others can command, he said — issuing an executive order, as the Biden administration did, or convening a task force of state leaders, as the Obama administration did.

Weissmann notes that the need to secure a license hits military spouses particularly hard: since they move so frequently, they cross state lines and hit fresh licensing requirements each time. First and second ladies from the Obama and Trump administrations have taken up that cause.

And both sources think occupational licensing reform may have a moment as the American economy absorbs the upheaval wrought by the pandemic. In large part, that’s motivated by the still-high unemployment rate among less-educated workers: 6.2% as of July, according to the Labor Department. But that’s not the only issue.

“There’s a sense of urgency right now coming out of the pandemic, there’s been a need to reallocate workers and economic activity across sectors,” Nunn said. “We’re just doing things somewhat differently than we used to. We want to make it easier, not harder, for workers to reallocate. It’s just so clear with COVID the need to have a more flexible medical labor market.”

Option Traders Eye Bull Put Spread For Nvidia Stock Ahead Of Earnings
Why Is Everyone Talking About Wish Stock?
Comment

NewsWatch: Inflation is rising and so are investors’ fears about stocks