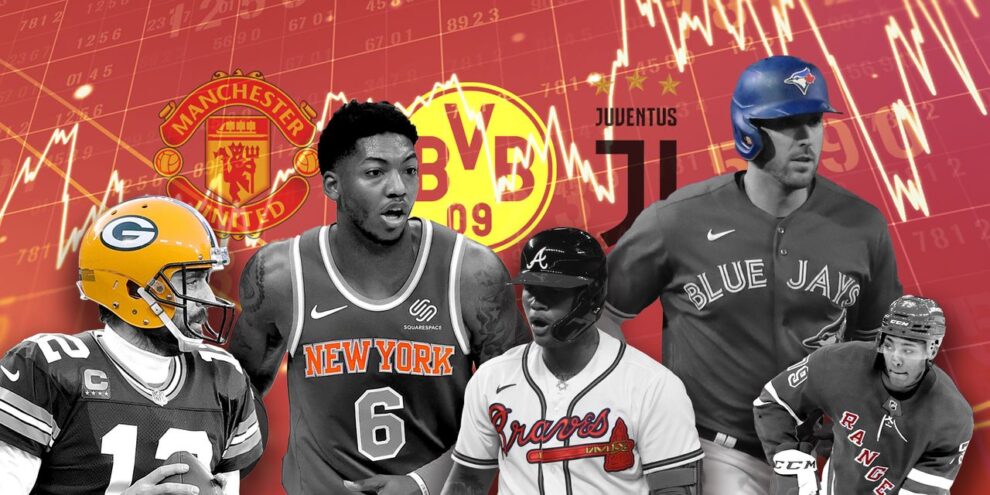 A look at all the sports franchises that have gone public. Read More... 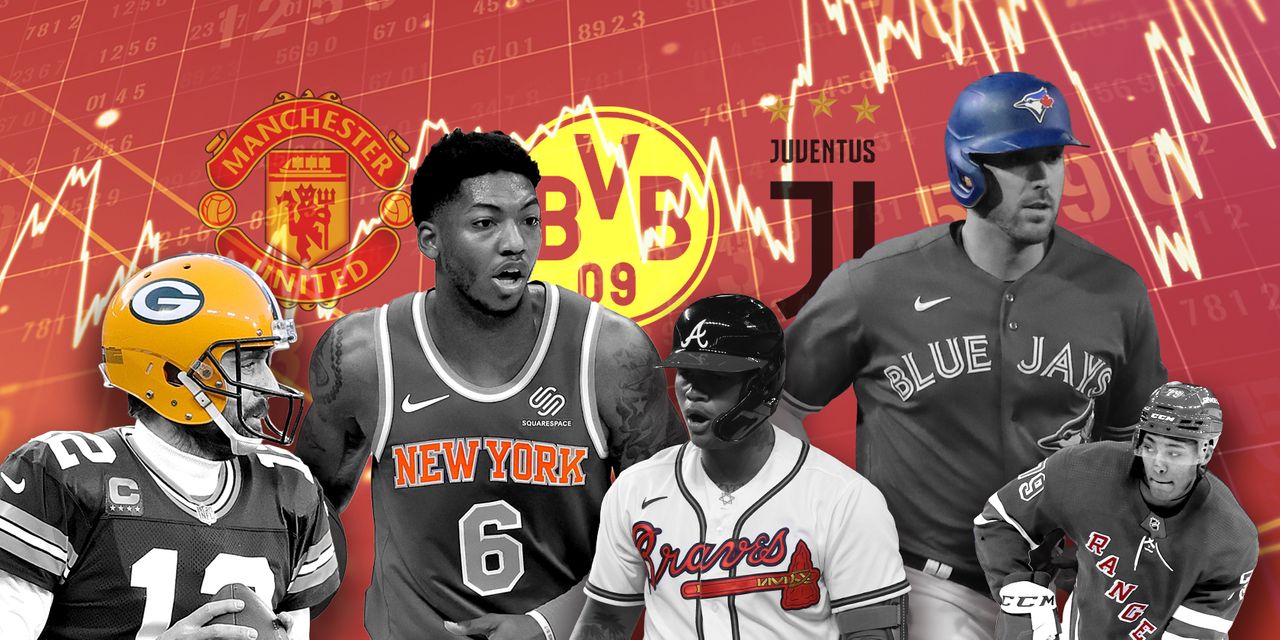 In recent months, Boston Red Sox and Liverpool FC owner John Henry attempted to make those teams part of a public holding, but the talks fell apart, according to reports.

Here’s a list of some professional sports teams you can invest in:

Manchester United MANU, -0.76%, the most decorated soccer club in England, has 20 Premier League titles and has been publicly traded on the New York Stock Exchange since 2012.

The stock opened at $14 a share and has only seen modest growth since then, trading at above $15.78 per share as of Friday.

Just like any other publicly traded company, Manchester United has to disclose earnings and revenues, which are tied to things like TV contracts and ticket sales.

Manchester United’s stock carries a market cap of $2.6 billion, but would likely fetch more than that if sold on the open market. Forbes has valued the team at $3.81 billion as of 2020.

The most successful club in Italy’s Serie A soccer league has been listed on the Borsa Italiana stock exchange since 2001.

Juventus JUVE, -1.53% is currently trading at €0.838 per share, down over 30% from its original listing. Juventus’s stock did get a boost after news of soccer star Cristiano Ronaldo transferring to the club in 2018, but most of those gains have dissipated since then.

The stock carries a market cap of $1.13, but like Manchester United would likely go for more if sold. Juventus is owned by the Agnellis, a dynastic Italian family who founded Fiat FCA.UT, +0.30% Motor Company.

MLB’s Atlanta Braves have been owned by the publicly traded Liberty Media LSXMA, +0.48% since 2007.

Liberty Media is a huge corporation that decided to spin off the Atlanta Braves from other parts of its business into a separate tracking stock for the team in 2015 to raise capital.

The Braves are now included in a holding called Liberty Braves Group BATRK, -2.92%. It’s not just a stock that tracks the finances of the baseball team however — the real estate developments around the Atlanta Braves stadium called Battery Atlanta are also included in the holdings.

A tracking stock is typically issued by a parent company to monitor the performance of a part of its overall business. Unlike common stockholders, owners of tracking stocks typically have little to no voting rights at shareholders’ meetings.

In 2020, Forbes valued the Atlanta Braves at $1.8 billion, quadrupling its value compared with 2010.

While the team does refer to these as “common stocks”, owners do not have the rights of typical common stocks owners. The stock pays no dividends, cannot be traded and has no securities law protection.

The Packers stock also cannot increase in value and is not tied to the team’s revenue in any way. Basically the stock is a team memorabilia.

There have been five stock issues since 1923, the last issuance came in 2011 to raise capital for renovations to Lambeau Field, the stadium where the team plays.

Analysts have called the Packers shares a “worthless stock, in that it has no pecuniary value for the owner.”

German soccer club Borussia Dortmund BORUF, +1.30% is the only soccer team in Germany that is publicly traded. Dortmund’s stock has been trading on the Frankfurt Stock Exchange (FWB) since 2000.

The Braves and the Toronto Blue Jays are the only teams in Major League Baseball under corporate ownership.

While the Blue Jays franchise itself isn’t publicly traded, the team has been owned by the publicly traded Rogers Communications RCI, -1.02% since 2000.

Rogers has so many business holdings in media and telecommunications that the baseball team is just a small part of the total company. So investors cannot directly invest into the Blue Jays, only indirectly through Rogers Communications.

Because Rogers is so large, it’s difficult to assess the monetary value of the Blue Jays within the larger company.

SoftBank to Have ‘Last Laugh’ on WeWork Deal, Bernstein Says