The era of cheap money may be coming to an end, but it's not over quite yet. Read More... 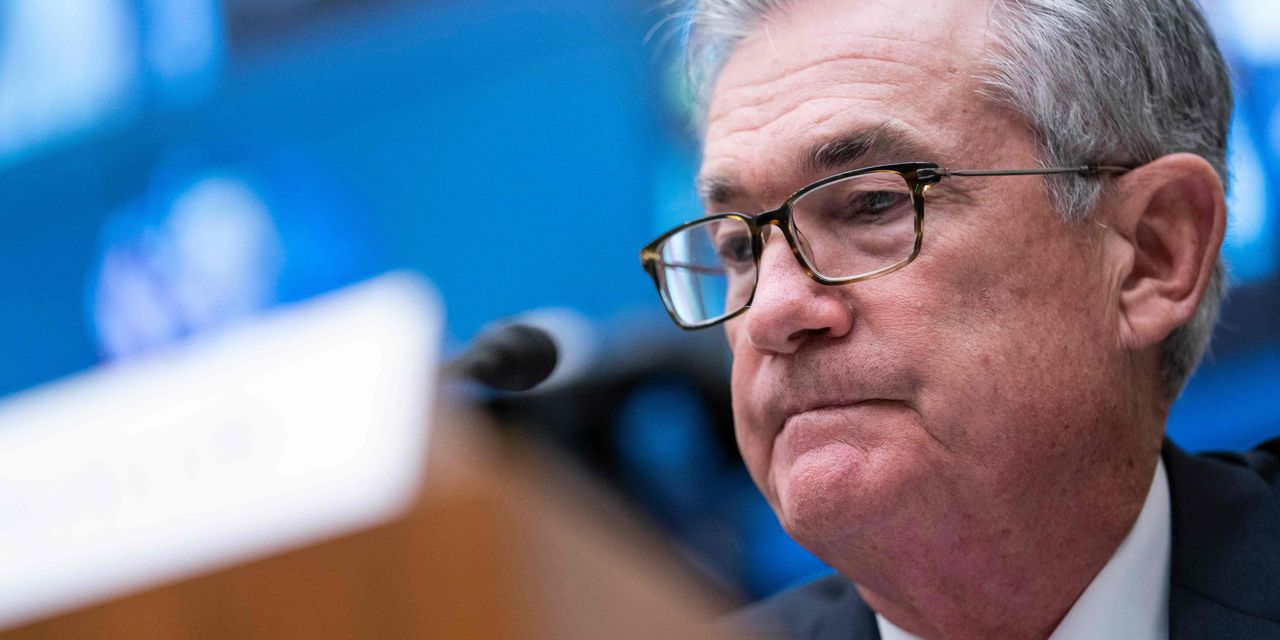 The Federal Reserve on Nov. 3, 2021, said it is winding down the bond-buying program it’s had in place since March 2020. The Fed’s policy-setting committee said it would immediately “taper” asset purchases by $15 billion each month. The central bank had been buying $120 billion a month worth of Treasury bonds and mortgage-backed securities to fight the effects of the COVID-19 pandemic and shore up the U.S. economy.

We asked Clark University economist Edouard Wemy to explain the Fed’s tapering policy and why it matters.

Tapering refers to the policy of unwinding the massive purchases of Treasurys TMUBMUSD10Y, 1.453% and mortgage-backed securities adopted by the Fed since the outbreak of COVID-19. Since March 2020, the Fed has bought over $4 trillion worth of Treasurys and other securities in what is commonly known as quantitative easing.

The Fed says it will reduce purchases of Treasury bonds by $10 billion a month from $80 billion in October and mortgage-backed securities by $5 billion from $40 billion. That means, for example, the Fed will buy $70 billion of Treasurys in November and $60 billion in October. While the Fed said it may change the pace of the drawdown, if it continues at this pace it’ll stop buying new assets by mid-2022.

2. What is quantitative easing?

Quantitative easing is an unconventional monetary policy tool that consists of the large-scale purchase of various types of assets, including Treasurys, corporate bonds and other securities.

The Fed first adopted this policy during the 2008 financial crisis after it dropped its benchmark interest rate—its main policy tool for affecting short-term market borrowing costs and therefore the overall economy—to virtually zero.

But with its benchmark rate at zero—at the same time that there was no inflation and the economy was still hurting—the Fed was no longer able to use its main policy lever to support workers and stimulate economic growth by making it cheaper to borrow. And so the Fed turned to quantitative easing as a way to continue to provide credit to the economy and further lower borrowing costs for companies and consumers. By buying assets, their price goes up, which lowers their yield or interest rate.

3. Why is the Fed tapering now?

Growing concerns that rising inflation could harm the economy are likely a big part of what led the Fed to change its policy.

Inflation is the rate of change in the price of goods and services. The consumer price index, which includes several categories of everyday items that a typical consumers may buy, is the measure of inflation most often reported in the media. By October 2021, it was up 5.4% from a year earlier.

However, the Fed typically prefers the core personal consumption expenditures measure of inflation. This other measure, usually lower than the CPI, has climbed a little less, or 4.4% over about the same period

But both measures have been above the Fed’s target of 2% annual inflation in recent months. Many observers have viewed this upward trend as an indication that the Fed might even have to increase interest rates soon—something that could lead to slower economic growth.

In its Nov. 3 statement, the Fed cited signs the U.S. economy is strengthening, “progress on vaccinations” and elevated inflation as key considerations as it began pulling back, a little, on its asset purchases. But the Fed also emphasized that it intends to keep an “accommodative” stance on monetary policy—meaning it will keep up its support in terms of low interest rates and other measures—until it achieves maximum employment and price stability.

The recent increase in consumer prices may be driven by transitory factors tied to the pandemic, like increases in the cost of used cars, higher consumer demand and supply chain problems. That’s how the Fed sees it, for now, and it will be watching inflation closely in the coming months.

4. Could this mean a rise in interest rates soon?

Consumers and companies are already beginning to see slightly higher rates on mortgages, business loans and other types of borrowing.

At the same time, investors are expecting the Fed to hike its own benchmark interest rate sooner than planned. Six weeks ago, the Fed also changed its forecast for interest rate increases to 2022 from 2023.

5. How will this affect consumers?

Consumers have enjoyed rock-bottom interest rates for the better part of the past 13 years, helping make it cheaper to buy cars and homes and start businesses.

Higher interest rates—whether as a result of the Fed’s buying fewer assets or the market’s simply anticipating higher rates—would of course increase the cost of borrowing for mortgages and car loans, which in turn can slow economic activity.

At the same time, a small rise in rates may have other positive effects for some consumers. For example, it could cool down the housing market, which would make it easier for some people to buy a home.

One way or another, it seems the Nov. 3 policy change may signal the era of cheap money may finally be coming to an end—but still not for a while, so enjoy it while it lasts.

Edouard Wemy is an assistant professor of economics at Clark University.

Full coverage of the Federal Reserve

Some puzzles left behind after Fed Chair Powell’s press conference

Living With Climate Change: 3 ways to shrink your carbon footprint the next time you’re grocery shopping
Outside the Box: A growing number of retirees are heading to work — as entrepreneurs
Comment

The Tell: A ‘sell in May’ risk looms over the market, Nomura quant warns