ECB President Christine Lagarde may gently push back on the more hawkish interpretation to inflation developments from the market. Read More... 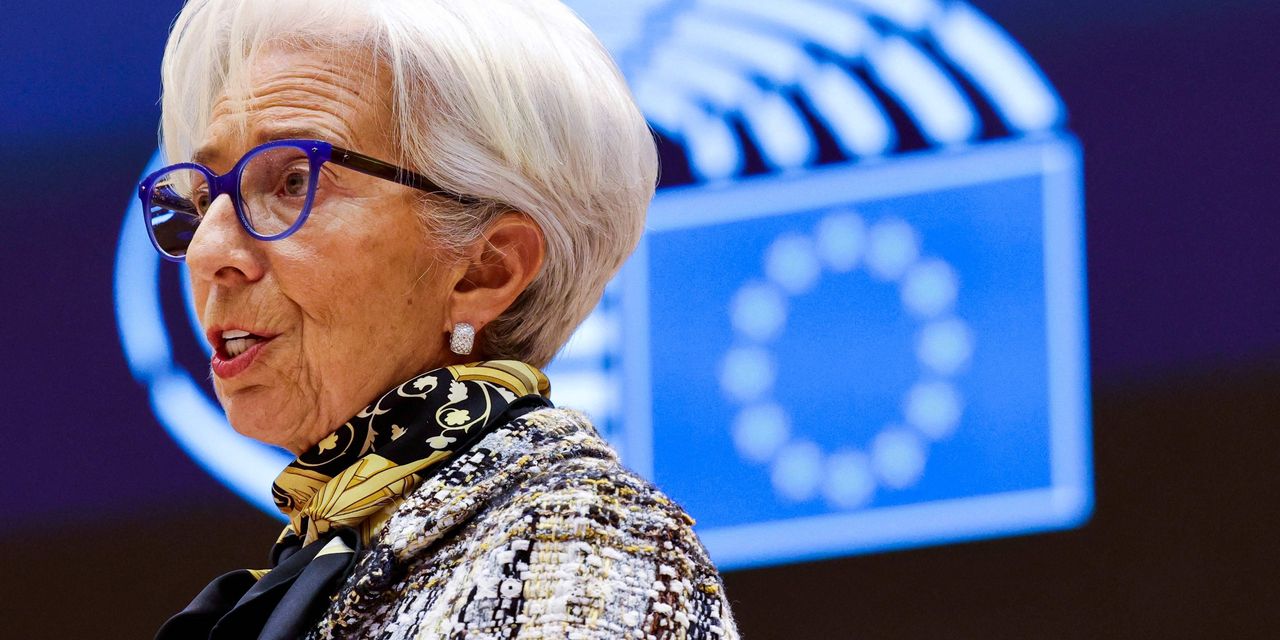 Like most central banks, hotter inflation than expected is the topic du jour at the European Central Bank.

President Christine Lagarde and most of the rest of the ECB are still in the inflation is transitory camp, at least for now. Of course, inflation isn’t quite as red hot in the eurozone as it is in the U.S., with consumer prices up 3.4% year-over-year in September, compared to 5.4% in the U.S., but it still faster than what the ECB had said as recently as last month.

The bond market has reacted, pushing yields higher. A combination of surging energy prices and a solid rollout of vaccinations after a slow start is putting pressure on ECB policymakers.

“The question for the upcoming policy decision is just what the Governing Council and President Lagarde say or do to push back,” said James Rossiter, head of global macro strategy at TD Securities. Already, there’s been some pushback, with the ECB’s chief economist, Philip Lane, saying “it’s challenging to reconcile some of the market views with our pretty clear, straightforward forward guidance.”

Ebrahim Rahbari, a currency strategist at Citi, also expects pushback, both to the rate rises priced into 2022 and 2023, as well as the idea of a reconsideration of the plan to end quantitative easing first and hike rates later. The ECB, Rahbari notes, is scarred by a history of premature rate hikes, and also is wary of raising risk for the periphery.

Carsten Brzeski, global head of macro at ING, said Lagarde is not going to reveal much. “She will need all her energy to moderate what in our view looks like a widening rift between hawks and doves; of those ECB members favoring an exit from the emergency tools and those still being more afraid of medium-term inflation being too low rather than too high,” he said.

: These stores will stay open on Thanksgiving — but many others are closed. Here’s a handy list.

Amazon May Take a $20 Billion Stake in India's Reliance Retail

New GoDaddy CEO is sticking with plan despite stock hiccup