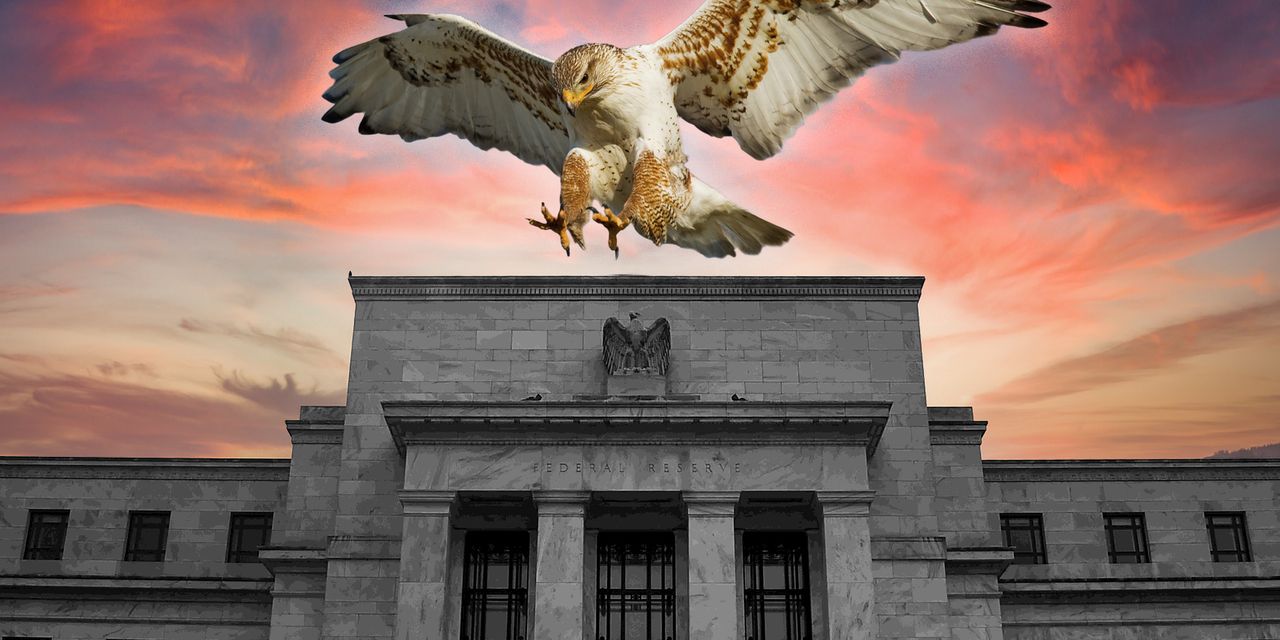 Financial markets took one look at the Federal Reserve’s pronouncements on Wednesday, saw nothing disconcerting, and turned their attention to other matters.

They might want to take a second look, said Diane Swonk, chief economist at Grant Thornton.

Digging into the details of the Fed’s projections and dot plot suggests more people within the Fed are concerned inflation will become a larger problem in 2022, Swonk wrote to her clients.

Fed Chairman Jerome Powell “is a dove among hawks,” Swonk wrote in her essay entitled “Hawks Rule the Roost.”

Aneta Markowska, chief economist at Jefferies, agreed: “it is hard to characterize today’s FOMC meeting as anything other than hawkish.”

The Fed appeared to be more willing to raise its benchmark interest rate more aggressively than before.

Economists note that more hawks will rotate into voting positions on the Federal Open Market Committee in 2022.

Powell made some surprisingly hawkish sounding statements on his own.

“We expected the Fed to open the door to a November taper announcement. They have certainly done so; in fact, Powell sounded like he was halfway over the threshold,” Markowska said.

The Fed chairman said an announcement on tapering could “easily” happen at the next meeting in November, and it’s not contingent on a “knockout” payroll report.

At another point, the Fed chairman said there are interesting signs suggesting “the labor market is very tight.”

He noted wages are moving up; there are 11 million job openings and widespread reports from employers all over the economy saying it is quite difficult to hire people. These are all factors mentioned by Fed officials who wanted to taper “sooner rather than later.”

Another factor is what Powell didn’t say. Most Wall Street economists had predicted that Powell would stress that tapering decisions were divorced from any initial rate hike.

Instead, T.J. Connelly, head of research at Contingent Macro, said the Fed chairman “didn’t go out of his way” to de-link them.

Powell also said “inflation is elevated and will remain so in coming months before moderating.”

The Dow Jones Industrial Average DJIA, +1.00% and the Nasdaq Composite COMP, +1.02% finished up over 1% in Wednesday.

So financial markets seem to be sitting pretty at the moment, unware they’re strapped to what “could be a roller coaster” in 2022, Swonk said.

The Wall Street Journal: Blacklisted Russian fund paid for half of coronavirus aid shipment to U.S.

NewsWatch: Odds favor the Dow being higher at the end of 2021 and 125 years of history supports this

'There's a hunger for it': Why McKelvey's StarLake wants to reshape downtown beyond just Square