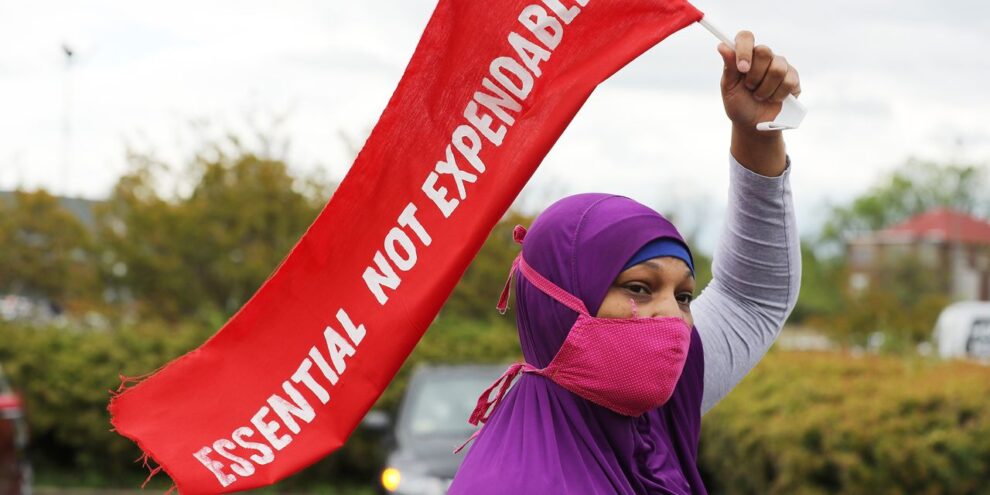 Black workers are usually first to feel the ill-wind of a cooling labor market. Read More... 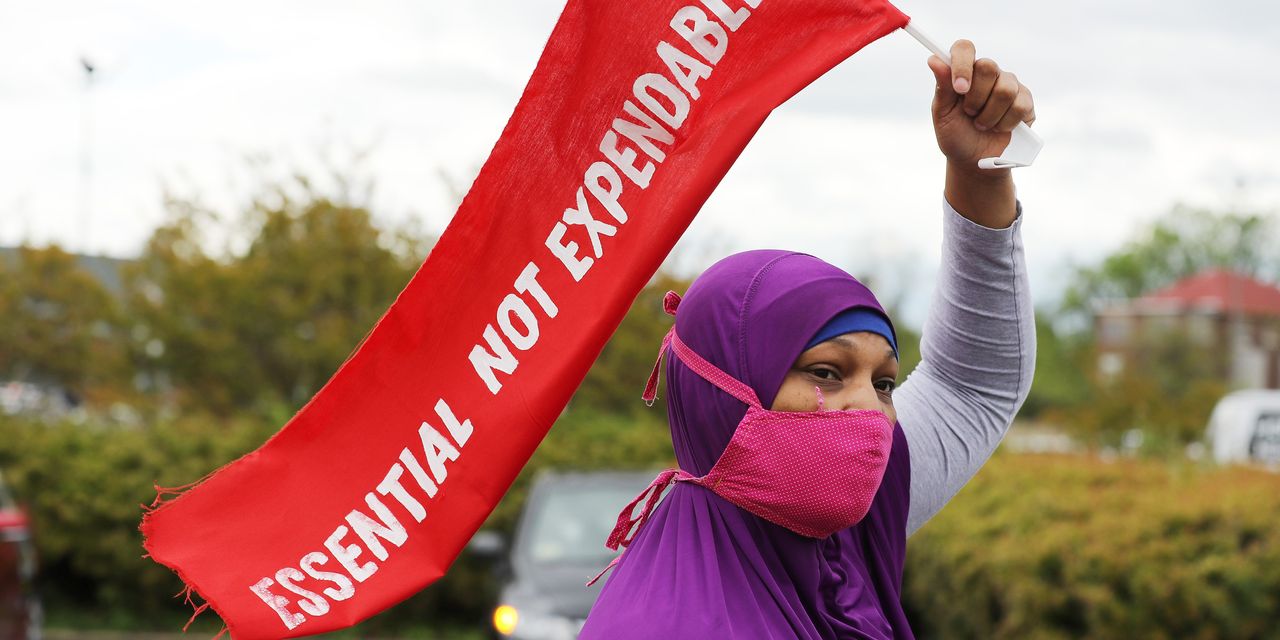 Entrenched discrimination and family demands mean that fewer Black Americans can take advantage of a strong labor market like many of their white counterparts even as more jobs were added in August. Most worrisome, the Black segment of the population is particularly vulnerable if the economy sinks closer to recession.

The U.S. labor market gained 315,000 jobs in August, a sign of a robust labor market. The overall unemployment rate inched up from 3.5% to 3.7%, but it’s still low by historical standards.

The unemployment rate for African Americans is, however, much higher. It rose to 6.4% in August from 6.0% the previous month, with the Black labor participation rate declining for the third consecutive month, according to the U.S. Bureau of Labor Statistics.

Bottom line: Fewer Black people were with a job in August, despite companies saying they are having trouble finding labor. It also does not bode well for those who fear the U.S. economy is on the brink of a significant downturn.

Black workers are usually the first to feel the ill-winds of a cooling labor market, said William Spriggs, Howard University professor and chief economist to the American Federation of Labor and Congress of Industrial Organizations (AFL-CIO).

“‘Black workers are the canary in the coal mine because they face discrimination and they tell you what employers are really doing.’”

“The first thing that tends to happen when the labor market is at an inflection point is that hiring slows down,” Spriggs told MarketWatch. “Black workers are the canary in the coal mine because they face discrimination and they tell you what employers are really doing.”

They often have a harder time getting hired and promoted, studies show. “At some point, you keep getting pushed further and further back. You just say, forget it, and you walk away,” said Spriggs. “When hiring slows, Black workers get pushed so far back that they drop out.”

Rise in the cost of living

The Federal Reserve hiked its primary interest rate three times thus far this year, leading to the 30-year mortgage rate more than doubling over the last year, and increasing the costs of borrowing for consumers and businesses.

The hikes are part of Fed’s efforts to bring down inflation, but they are also pushing up the cost of doing business for companies, leading them to become more cautious when it comes to hiring and finding ways to make more cost cuts.

“We know that Black workers face more significant barriers to getting into jobs and getting into good jobs,” said Kate Bahn, director of labor market policy and chief economist at the Washington Center for Equitable Growth, a nonprofit research group in Washington, D.C.

“And one needs to have a really high-demand, high-pressure labor market in order to finally pull these workers who are facing systemic discrimination,” she added.

The Fed faces a delicate balance. The labor shortage drove up wages, and the Fed rate hikes are putting pressure on businesses. In August, inflation rose 8.5% on the year, slightly lower than the 9.1% in July. The chance of a 75-basis-point hike this month has increased, some economists say.

The August job report was largely a good one, showing the labor market growing at a more sustainable rate, Bahn added.

“‘The Fed does have a dual mandate here. It’s not just about maintaining inflation at a 2% level each year. It is also about making sure that the American labor market is robust.’”

The COVID-19 pandemic has disproportionately affected the Black community and Black women, in particular, she said. Black women were the last group to regain jobs after the economy gradually opened up.

“This should be one indicator that the Fed [should pay] close attention to what is happening with black unemployment,” said Michelle Holder, professor of economics at John Jay College at the City University of New York and distinguished senior fellow at the Washington Center for Equitable Growth.

It took around 10 years for Black women’s employment to recover from the Great Recession. “Black women experienced the steepest drop in labor force participation and have had the slowest job recovery since January 2020,” according to this Department of Labor blog.

And as they return to work, many Black and Hispanic moms said they were struggling to juggle work, child care and paying bills as debts mounted.

“The August report is a one-off report, but it wasn’t a good one at all for the Black community,” Holder said.

The Fed is “caught between a rock and a hard place” — inflation and a slowing economy — Holder added, but it should try hard to engineer as soft a landing as possible, by being cautious about how much and how often it continues to raise rates.

“The Fed does have a dual mandate here. It’s not just about maintaining inflation at a 2% level each year. It is also about making sure that the American labor market is robust,” Holder said. “So let’s not sacrifice one for the other.”