Ado Campeol, whose establishment was supposedly behind the dish's creation, passed away at age 93. We assess the legacy of his popular dessert. Read More... 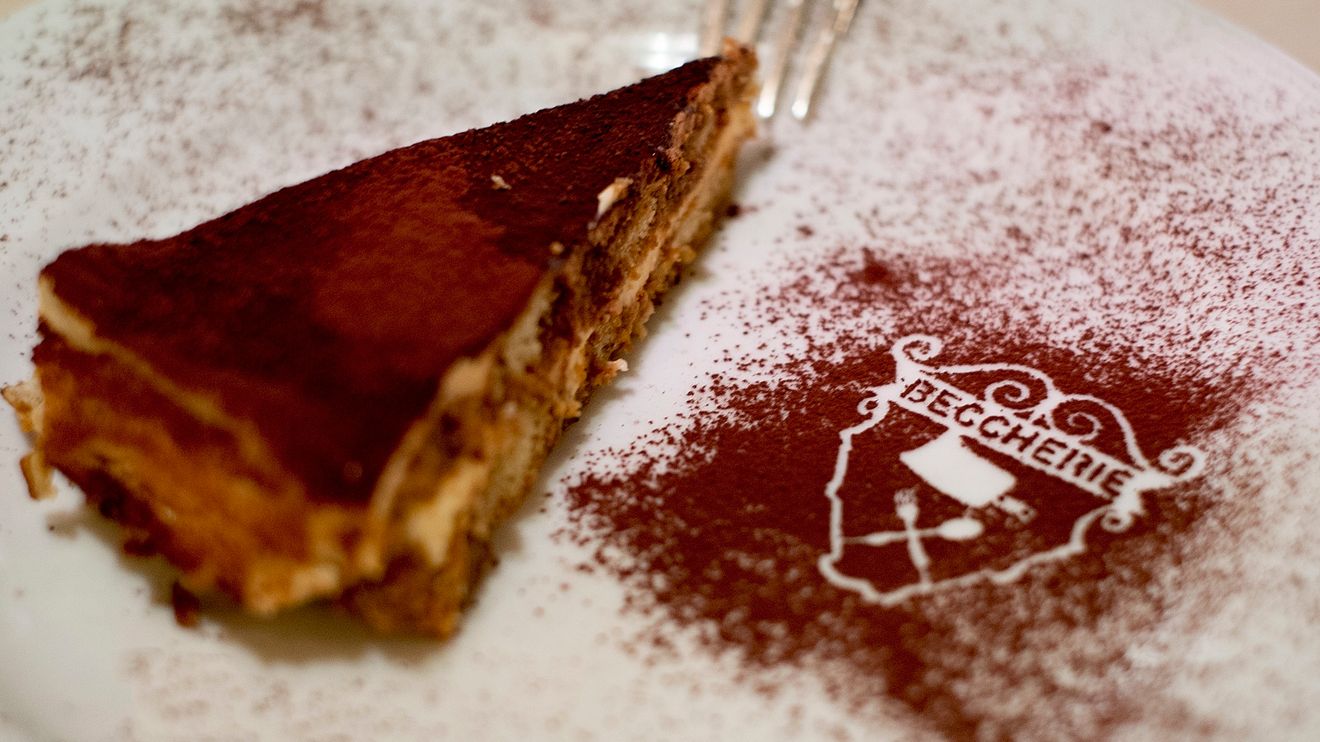 It’s a sad moment for those who love Italian food — in particular, for those who always make a point of ordering a certain Italian dessert combining ladyfingers, coffee, chocolate and mascarpone cheese.

Yes, Ado Campeol, the restaurant owner whose place is often credited with inventing tiramisu, has died at age 93.

But excuse me if I’m not quite in a deep state of mourning. I mean no disrespect to Campeol, who ran Le Beccherie, a dining establishment in Treviso, a city in northern Italy. I’m sure he was a great and gifted proprietor — or as his son Carlo told the Italian press, “My father was…a serious professional who for us children was an example in work and in life.”

It’s just that I hate tiramisu.

To me, it’s not so much a dessert as a mess of a meal-ender, a menu item that is often too ill-structured or confusing to satisfy. It’s not a cake, but it hints at being one. It’s not a custard, but it has something resembling custard in it. And it’s not a cup of coffee, but it sometimes feels like it’s swimming in one — to the point of being more soup than sweet delight.

Clearly, I’m in the minority (well, not entirely, but I’ll get to that in a bit). Ask almost any owner of an Italian restaurant and they’ll tell you tiramisu, whose name translates from the Italian as “pick me up,” is their most popular dessert — and has been so for years. Campeol introduced it in 1972 at his establishment and it soon took off as a global phenomenon. By 1985, the New York Times praised it as “a deceptively airy but shamefully rich creation in the mousse-pudding family,” noting that it “has at least 200 variations.”

In its simplest form, the dish is about soaking those ladyfingers (or sponge cake or some other near-equivalent) in coffee, then layering in the mascarpone-based filling. A topping of chocolate or cocoa powder finishes the dessert. If you want to get clever or fancy, you can think in terms of those variations — say, adding some liquor to the mix, such as rum, Marsala wine or espresso liqueur.

Why did the dish catch on? Lots of theories abound. Stephen Collucci, a veteran pastry chef now with the Tavern, a restaurant at New York’s Hudson Yards development, says tiramisu is the “perfect” item to conclude a meal because “you can have your dessert and coffee all in one place.” Collucci loves tiramisu so much he’s experimented over the years with everything from a tiramisu cheesecake to tiramisu ice cream.

Tiramisu is also an item that benefits from being very shareable. “You can put it in the middle of the table” and let diners spoon away at it, says Iacopo Falai, culinary director of Sant Ambroeus, a high-end Italian restaurant group with locations in New York and elsewhere. (By contrast, it’s not easy to do that with a slice of cake or pie, Falai adds.)

But these and other culinary pros concede there’s a downside to the tiramisu boom of the last few decades. The dessert has become so ubiquitous that it’s been cheapened along the way. Lesser-quality ingredients are sometimes substituted. Commercial versions are often served instead of ones prepared in house. “More often than not, it’s a frozen piece of crap” restaurants are buying and then thawing out, laments Michael Ayoub, a veteran New York restaurateur who’s been serving tiramisu for more than 30 years at his different establishments, including Fornino in Brooklyn.

Even then, it’s no small feat making a good tiramisu, food professionals warn. The dish is about elevating basic ingredients in just the right way — and therein lies the challenge. “It’s not easy being simple,” says Dino Borri, global vice president of Eataly, the Italian market/food hall with locations throughout the world.

So perhaps my issue with tiramisu is more about the versions I’ve been served than with the dish itself. But all I know is that I’m not alone in my general disliking of it. Put “tiramisu” and “overrated” in a Google search and you’ll find plenty of folks expressing opinions similar to mine.

“I don’t care who makes it or how it’s made. It’s nasty, period,” says one person in the anti-tiramisu camp. “I don’t need this overrated dessert. I’ll get my calories from that second glass of wine, thankyouverymuch,” says another.

Of course, I’m sure Ado Campeol didn’t mean to offer a dish that could prove so divisive. And to be fair, the version offered at his restaurant looks most elegant.

The irony is that there’s a robust debate as to whether Campeol’s restaurant can even be credited with inventing tiramisu. As with many classic dishes, the creation story is complex. Food historian Francine Segan notes the possibility that tiramisu could have first been served in the 19th Century — in a brothel no less.

I won’t get into any arguments about history, however. Rest in peace, Mr. Campeol. But if I ever make it to your restaurant, I’d like to know if it serves ricotta cheesecake — now that’s my idea of the perfect Italian dessert.

AI and Bionic Eyes Are Helping to Contain Raging Wildfires