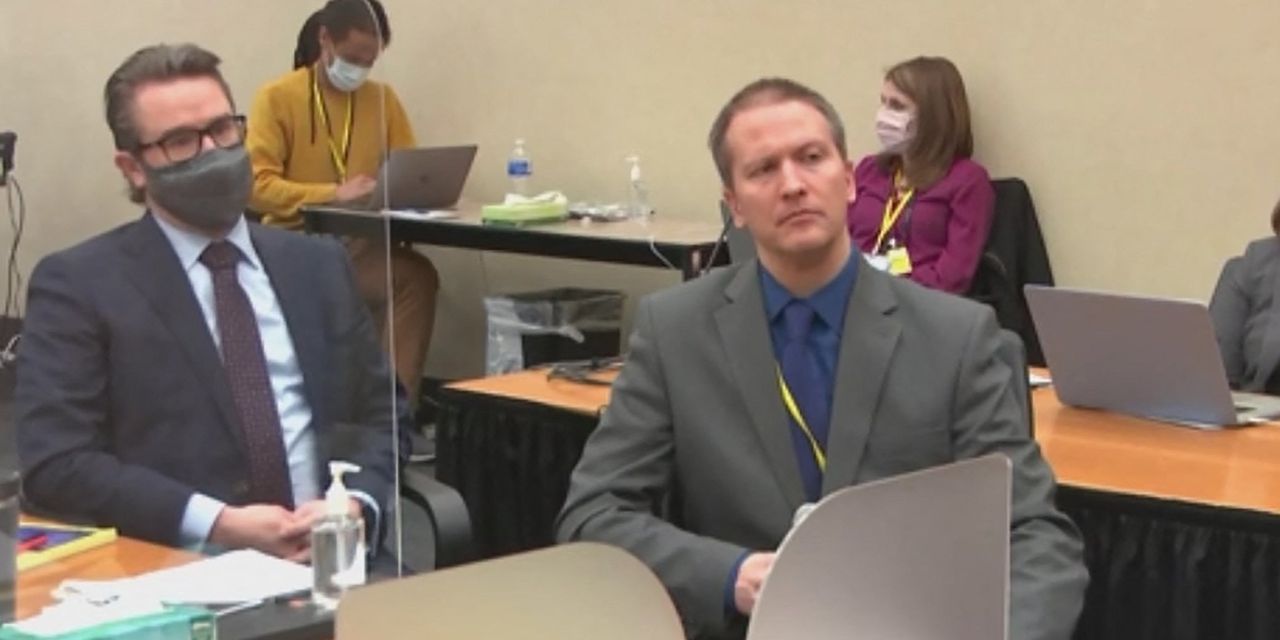 The ex-Minneapolis officer was convicted of second-degree murder, third-degree murder and second-degree manslaughter for his actions on May 25, 2020, when he kneeled on Floyd’s neck for more than nine minutes despite Floyd telling him “I can’t breathe,” and bystanders calling on him to get off of the Black man’s neck. Video of Chauvin pinning Floyd to the pavement went viral and sparked months of unrest and protests against racial inequality around the world last summer. The country has been on edge this week while waiting for the verdict in this case, and the National Guard was deployed across Minneapolis in anticipation of the verdict.

Tuesday’s guilty verdict soothed some of those fears, although some people noted one guilty verdict does not solve the longstanding issues of systemic racism and police brutality. “We just broke down in tears,” Rev. Al Sharpton said on MSNBC while standing beside Floyd’s brother, Rodney Floyd. But he added that “the war’s not over.”

Organizations such as the NAACP and Human Rights Watch also noted that the verdict does not change the need to address systemic racism and police reform.

Earlier on Tuesday, President Joe Biden told reporters that he had called Floyd’s family after the jury was sequestered. “I’m praying the verdict is the right verdict. Which is — I think it’s overwhelming in my view,” he said, adding that Floyd’s family is calling for “peace and tranquility, no matter what the verdict is.” He was expected to give a statement on the verdict later in the evening.

House Speaker Nancy Pelosi said, “Thank you George Floyd for sacrificing your life for justice,” while speaking at a CBC presser. “Because of you and because of thousands, millions of people around the world who came out for justice, your name will always be synonymous for justice.” Her selection of words about Floyd’s “sacrifice” immediately drew sharp criticism, with some calling it shockingly tone deaf.

Former President Barack Obama said the jury “did the right thing” in a written statement on his official Facebook page.

“But if we’re being honest with ourselves, we know that true justice is about much more than a single verdict in a single trial,” he said, adding that he and his wife were sending their prayers to the Floyd family.

Here’s how some notables in business, sports and entertainment have been reacting to the verdict:

• Facebook FB, +0.14% co-founder and CEO Mark Zuckerberg shared a statement on his Facebook page that read: “Right now I’m thinking of George Floyd, his family and those who knew him. I hope this verdict brings some measure of comfort to them, and to everyone who can’t help but see themselves in his story. We stand in solidarity with you, knowing that this is part of a bigger struggle against racism and injustice.”

• Facebook executive and former PayPal CEO David Marcus tweeted: “justice has been served,” and Vivek Ranadive, former CEO of Tibco and owner of the Sacramento Kings, tweeted a similar statement that said “this ruling should be a model for accountability.”

• SoFi CEO Anthony Noto, a former exec for Twitter and Goldman Sachs, called the verdict a “relief” as well as a “demand for further action.

• NBA Commissioner Adam Silver and NBPA executive director Michele Roberts released a statement saying “we are pleased that justice appears to have been served.”

• The National Hockey League hoped the end of the trial offers a chance for healing.

There is a new normal for Netflix, and that is not necessarily a bad thing
Dow Jones Futures: Market Retreat Slams Leaders; Netflix Dives Late On Subscriber Miss, But 3 Stocks Flash Buy Signals
Comment

Benzinga’s Bulls And Bears Of The Week: Amazon, Apple, Disney, Ford And More

Franklin Templeton In Talks to Back Sneaker Unicorn Allbirds

NewsWatch: Why the S&P 500 doesn’t underperform despite U.S. inability to contain COVID-19