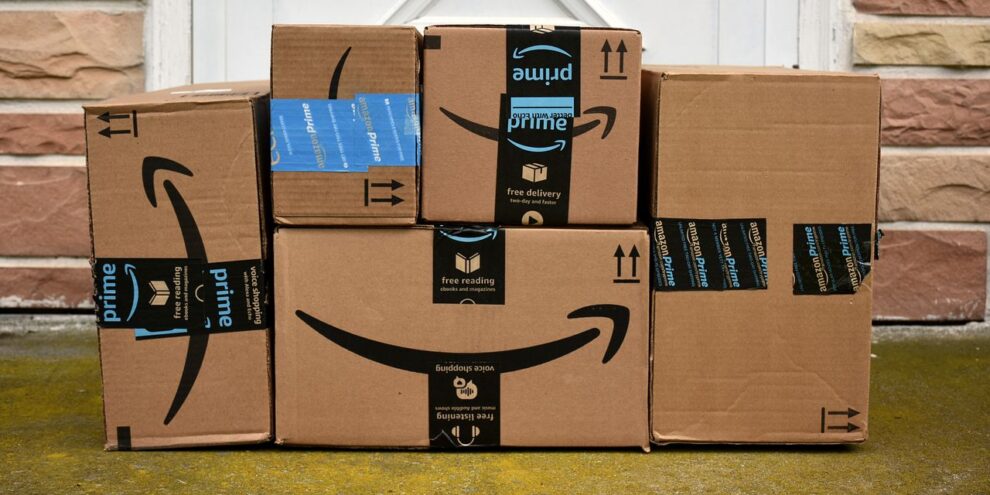 Here's what you need to know about Prime Day 2022, which wraps up on Wednesday Read More... 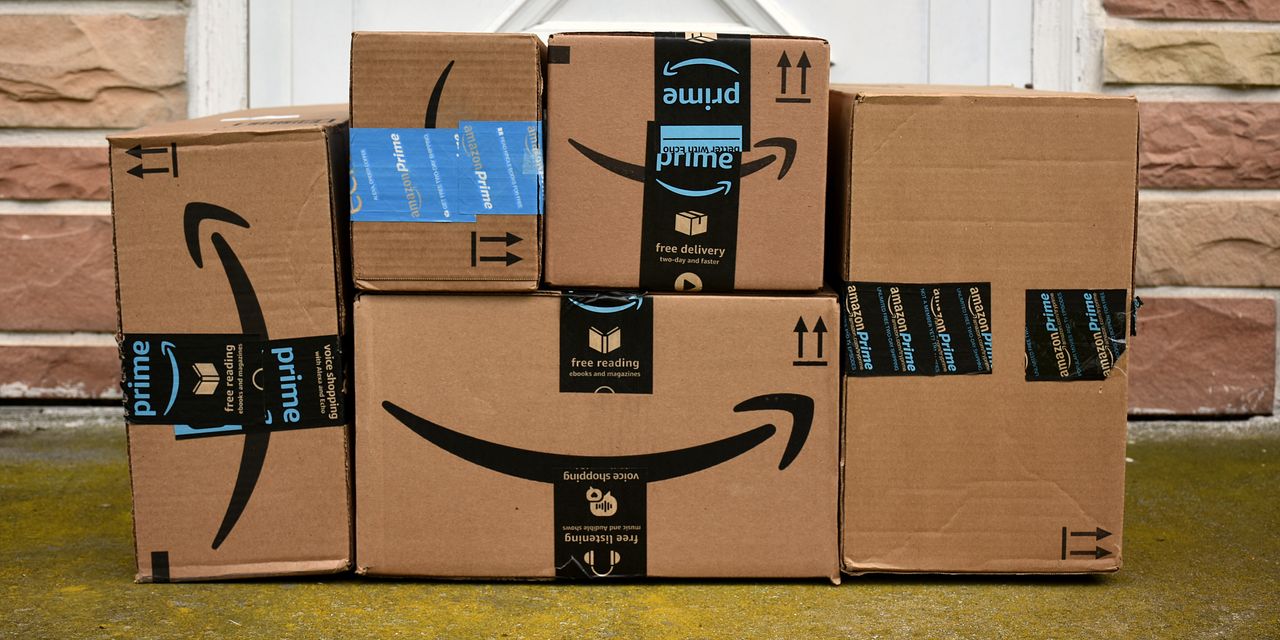 While record-high inflation has many Americans keeping a tighter grip on their wallets this summer (with some even surrendering their pets to shelters), more than half (57%) of shoppers surveyed by Numerator who were aware of Prime Day said they still planned to shop the sales this week. And among those intending to shop during the Prime Day event, 15% said they plan to buy higher-priced items that they would only purchase on sale. But the 7% who said they didn’t plan to participate in Prime Day 2022 cited financial concerns, such as saving money (30%), not having spare cash to spend (21%) and inflation (20%) curbing their one-click-ordering enthusiasm.

Read more: Amazon Prime Day will be huge for deal seekers hoping to score a discount amid soaring inflation

Wondering what time Amazon Prime Day 2022 begins, how it works and what the best deals are? Here’s what you need to know:

What time does Prime Day start?

Which countries can participate in Amazon Prime Day?

The two-day event is available for Prime members in the United States, as well as Austria, Australia, Belgium, Brazil, Canada, China, France, Germany, Italy, Japan, Luxembourg, Mexico, the Netherlands, Portugal, Singapore, Spain and the U.K. And this year, Poland and Sweden are joining the Prime Day action for the first time. But later this summer, there will also be Prime Day events in India, Saudi Arabia and the United Arab Emirates. And Prime Day comes to Egypt for the first time ever later this summer, Amazon says.

How does Amazon Prime Day work?

Amazon’s Black Friday in July is basically a shopping event that’s exclusively for its Prime members who pay $14.99 a month, or $139 for a full year, to access perks like free and quick delivery on millions of items; Prime Video; Prime Gaming; Amazon Music; Amazon Photos; a free Kindle e-book each month; and more.

It started back in 2015 as a way to mark the company’s then-20th birthday, when more than 34 million items were ordered over 24 hours. And this has grown into an annual shopping event that saw Amazon Prime subscribers purchase more than 250 million items worldwide during last year’s Prime Day, which has inspired similar shopping events such as Target’s TGT, -1.25% Deal Days, also running this week.

Opinion: Why Amazon clicks with shoppers — on Prime Day or any day

So beginning 3 a.m. Eastern on Tuesday, Prime Day deals exclusive to Prime members began going live on the site. The advertised sales — such as up to 79% off Fire TV devices, up to 30% off baby diapers and 25% off select Climate Pledge Friendly laptops — will also be peppered with limited-time “Lightning Deals” that hawk items with a limited stock for a low price for either a limited time or while the supply lasts. Once you put those in your cart, you have 15 minutes to purchase them.

Is Amazon Prime Day only for Prime members?

Yes, Amazon Prime Day is indeed for Amazon Prime subscribers. The membership runs $14.99 a month or $139 for a full year, and students can sign up for $7.49 a month or $69 a year. Amazon is also offering a free 30-day trial for new members right now, if you want to sign up ahead of Prime Day and see whether the service suits your needs.

From MarketWatch Picks: Here’s how to figure out if the $139-a-year Prime membership makes sense for you

Is everything on sale on Prime Day?

No, but last year Amazon said it offered more than 2 million deals across every shopping category, so there will be plenty of markdowns to pore over. The biggest discounts have historically been on Amazon’s own devices and services, and this year looks to be no exception. In fact, Amazon is advertising its “lowest prices ever”(up to 79% off) on Fire TV devices; up to 60% off on Echo devices; up to 50% off on Fire tablets; and more. It’s also advertising deals from brands like De’Longhi, Dove, and SodaStream.

What are the best Amazon Prime Day 2022 deals?

Many of the best deals are on Amazon’s own products and services, including:

From MarketWatch Picks: 21 of the absolute best deals on Amazon Prime Day — from Apple AirPods to the Instant Pot and Amazon Echo

Other highlights include up to 40% off on baby apparel and 30% off of diapers and wipes; up to 30% off on e-bikes, Segways and scooters; up to 45% off on dorm room essentials for back-to-school shopping; up to 40% on select iRobot Roomba products; and more.

From MarketWatch Picks: ‘Best deals of the year.’ One major thing you’re almost sure to find on sale on Amazon Prime Day

What are some Amazon Prime Day tips?

The short-term “lightning deals” and rolling sales throughout the two-day period can be overwhelming. Take advantage of the shopping site’s tools, such as creating deal-alert notifications related to your recent Amazon searches and recently-viewed items by using the Amazon app, which can send you push notifications as deals on the items you were interested in roll out.

Alexa owners can also have their smart home assistant notify them when any products on their Amazon wish list, in their Amazon cart or in their Amazon “save for later” file go on sale. In fact, Alexa can even order the product on your behalf when the sale goes live. Or, you can ask Alexa to “Remind me when Prime Day starts” to be alerted when the shopping event begins.

Are there any Amazon credit card perks?

Prime Members with an Amazon Prime Rewards Visa Card can also take advantage of 6% cash back at Amazon and Whole Foods Market purchases on Prime Day (up from the usual 5% back year-round); 10% back on Climate Pledge Friendly Amazon devices — and up to 20% back on some select items yet to be disclosed. Prime members without the card can get a $200 Amazon gift card as an instant reward if they apply and are approved for the rewards card from July 1 through July 29.

In light of the Fed’s recent rate hike — the biggest in almost three decades — here are some things to keep in mind before you rack up a big credit card bill, as well as tips to get yourself out of credit card debt.

What about Prime Day deals at stores like Target and Walmart?

Amazon’s big-box store rivals have responded to Prime Day with summer shopping specials of their own. Walmart WMT, -0.30% recently ran Walmart+ Weekend for its own members, and Target Deal Days got a jump start on Amazon by dropping its sales on Monday. Target’s online savings event will coincide with Amazon’s through July 13, with up to 40% off furniture, up to 60% off videogames and up to 35% off TVs. And while Walmart is not officially hosting an event to compete with Prime Day this week, it is cutting prices on outdoor equipment like BBQ grills, and back-to-school essentials like laptops.

From MarketWatch Picks: 10 best Walmart deals on Amazon Prime Day, including an $18 grill and under-$100 laptop