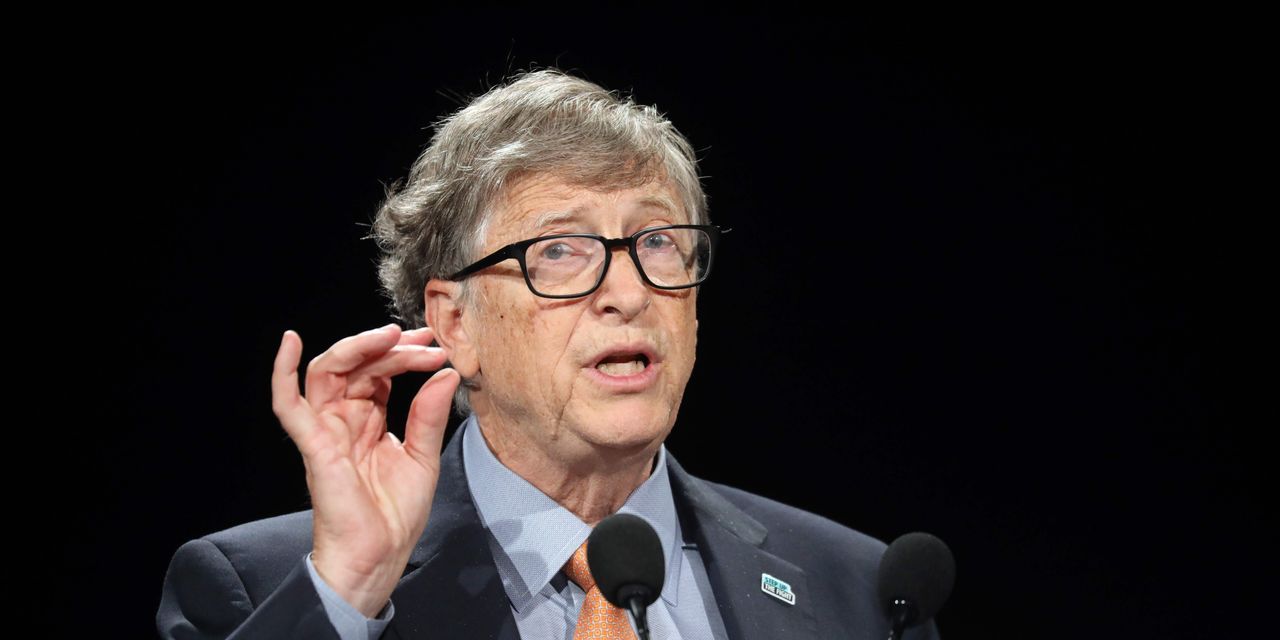 The end of Bill and Melinda Gates’s marriage is just the first in what will be a slew of billionaire divorces, and it’s all bullish for GameStop’s stock GME, -0.91%.

And it was just another Tuesday on retail-investor social media.

The announcement that Bill and Melinda Gates are divorcing caught the whole world by surprise, but by Monday evening members of the Reddit board r/GME had unearthed an almost two-month-old post by user Jobom3 tying a spike in borrowed GameStop shares to the likelihood that billionaire hedge funders and their wealthy investors were increasing their short positions as part of a plan to prepare for their impending divorces.

On the morning of March 11, a Reddit post pointed out that more than 1 million GameStop shares had been borrowed in premarket action, a signal that pro-GameStop Redditors interpreted as a signal of a new skirmish in the ongoing conflict between hedge funds trying to short GameStop into oblivion and Regular Joe investors hell-bent on proving that the videogame retailer is fundamentally undervalued and should not be killed off by wealthy Wall Street traders playing a rigged game.

“Another 1 million shares borrowed from ETFs in pre-market …” blared a Reddit post headline that morning, with a screenshot appearing to show the availability of GameStop shares from ETFs exposed to the stock.

Minutes later, Jobom3 piped up with this theory: “I think they are just buying time to secure their personal assets,” read the comment. “Moving them to offshore or divorce their wives and put the money in their name. Tricks like that. At least that’s what I would do.”

While the comment did not receive much attention on March 11, it blew up late Monday after news of the Gates’s split dropped, and users clamored to give Jobom3 credit for seeing the bombshell coming.

“WHAT ELSE DOES THE PROPHIT KNOW” replied one user late Monday night.

“Bill Gates and Melinda Gates is just a start???” posited another.

“My man got all the infinity stones,” added another.

Those comments quickly turned into a bull case for GameStop’s value, with users coalescing around the theory that that Bill Gates’s getting unhitched is a huge data point in support of Jobom3’s thesis that at least some wealthy short sellers of GameStop are fighting the short squeeze as a cover to protect their assets from the possibility of a market implosion that will lead to an army of greedy future ex-spouses.

Rickety markets have historically been bad indicators for hedge-fund managers, and seeing two of the wealthiest men in the world, Microsoft MSFT, -1.62% co-founder Gates and Amazon’s AMZN, -2.20% Jeff Bezos, announcing the ends of long marriages in less than two years’ time can be interpreted by the willing as a trend that is still kicking up steam.

But while tying the coming joy of white-shoe divorce lawyers to GameStop’s performance might seem difficult, it was easier than it might appear to GameStop’s Reddit army.

“Maybe not directly to GME,” mused one user “But [Bill Gates] probably has money tied up in hedge funds and other investments that are going down when they all get liquidated and the market crashes.”

Gates does invest the majority of his family wealth through Cascade Investment LLC, one of the largest family offices in the world with more than $50 billion in assets and, according to regulatory filings, mostly invested in large-cap stocks like Deere & Co. DE, +1.55%, Berkshire Hathaway BRK.B, +0.39% and Canadian National Railway CNI, -0.37%.

While any GameStop exposure, either direct or indirect, in Gates’s portfolio is difficult to see, the stock is having an interesting day.

After falling by more than 5%, GameStop bounced back in afternoon trading and closed the day down just under 1%.

The Moneyist: I have a First World problem: I earn $500K, and have $1 million in assets. Should I buy a $30K bracelet during a global pandemic?
Jessica  Alba’s Honest Co., Investors Raise $413 Million in IPO
Comment

‘I will not get sick. I will stay well and healthy for her.’ A mother and daughter in Spain navigate the coronavirus lockdown — and create their own New Normal