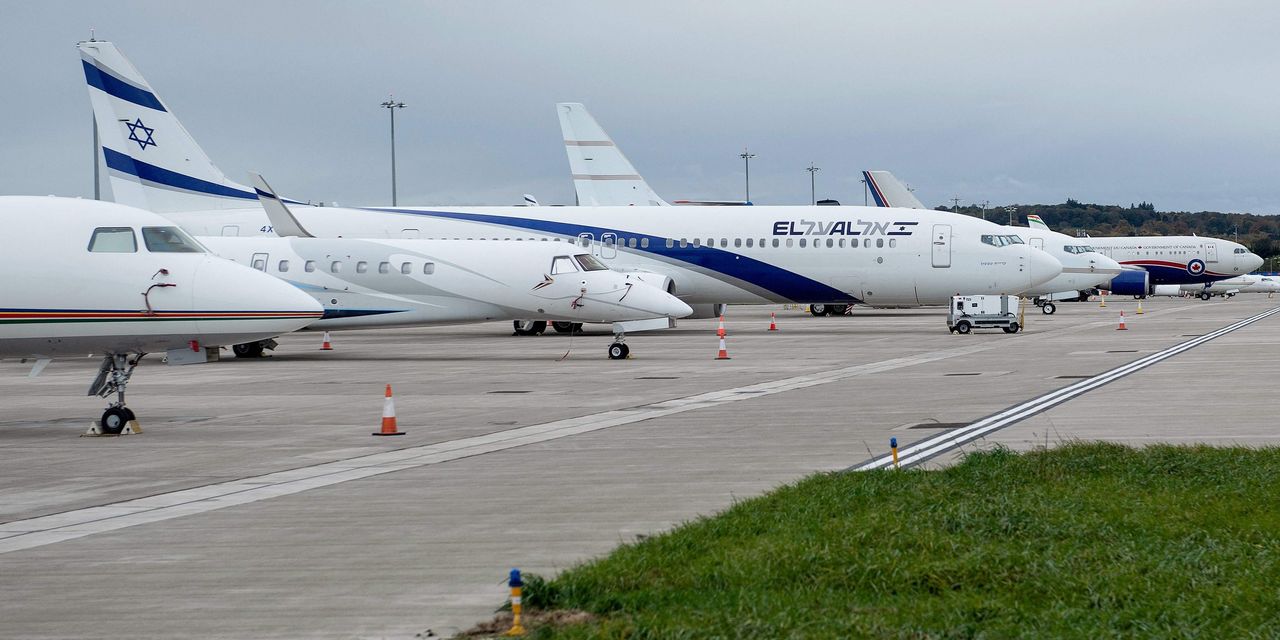 An estimated 400 private jets, according to U.K. media, flew into Scotland this week for the U.N.’s high-profile climate-change summit. Those jets hustled in Amazon founder Jeff Bezos, Prince Charles, U.K. Prime Minister Boris Johnson and President Biden, among other business-sector, nonprofit and government dignitaries charged with setting ambitious policies to keep a global-warming crisis from worsening.

Although security is a factor for many officials, and select London-to-Glasgow trains met with weather setbacks forcing alternative flights, these high-profile events are never without cries of hypocrisy for the high-emissions convenience of expensive travel sought by those that can afford it.

Flights, both commercial and private, were responsible for roughly 85% of the carbon footprint — another way to say emissions — tied to recent Conference of Parties, or COPs, the U.N.’s primary annual summit to address climate change, according to data compiled by the Financial Times.

The latest version, COP26, lasts through Nov. 12 in Glasgow.

Actor and self-proclaimed environmental activist Leonardo DiCaprio was praised for being one of the summit’s few VIPs to fly commercial to the event, according to the Daily Mail. That hasn’t always been the travel option for the star, whose Leonardo DiCaprio Foundation supports over 35 conservation projects commended by the U.N.

Read: Israeli minister in a wheelchair can now access COP26, a day late

After arriving at Prestwick Airport in Scotland over the weekend, Bezos and his partner, Lauren Sanchez, met with the Prince of Wales to discuss climate change, the tech titan said on social media.

A Bezos Earth Fund spokesperson said Bezos uses sustainable aviation fuel and offsets all carbon emissions from his flights, through the purchase of carbon credits.

Bezos used COP26 to declare that $2 billion of his personal fortune will be tagged to fight land erosion, though the amount is part of his $10 billion Climate Pledge already announced earlier this year. Bezos also continues to spend down his retail-empire haul with space travel, saying at one point that viewing Earth from so far away renewed his conviction to save it, a position that prompted clapback suggesting he should spend less on space and more on efforts closer to home.

Don’t miss: Prince William to Bezos and other space billionaires: ‘Repair this planet, not find the next’

For his part, Prince Charles and his son, Prince William, continue to be outspoken on climate-change efforts, including in Glasgow, although the Earthly toll that emissions from their global royal duties create draws criticism from environmentalists, too.

Of the 53,374 metric tons of CO2 produced on average by the COP23, COP24 and COP25 events, which were held respectively, in Bonn, Germany, Katowice, Poland and Madrid, Spain, 45,264 metric tons came from air travel, the Financial Times report shows.

Hotel stays accounted for 4,220 metric tons, while 2,135 metric tons came from heat and electricity for the conference venues, and 616 from local transport, plus 1,139 from “other” sources, the report details.

Those numbers received added attention in the COP26 host U.K. given a proposed cut to a domestic air-passenger tax, which opponents say will only encourage fossil fuel-burning short hops by air over trains or other alternatives.

Biden and his team flew into Edinburgh from earlier meetings in Rome on Air Force One Monday morning. From there, Biden traveled to Glasgow for the summit by car.  He has announced a major methane-emissions reduction plan, among other efforts. Methane is more potent, but shorter-lasting, than the CO2 sent up the atmosphere from air travel and other sources.

Read: Climate action is in the ‘economic interest of every nation,’ says Biden

It was in Paris at a COP six years ago that governments set the voluntary goal to keep the global temperature from rising at least no more than 2 degrees Celsius compared to before the Industrial Revolution, and ideally no more than 1.5 degrees. Countries are under pressure to firm up or adjust their commitments at the Glasgow summit, among other objectives. Increases in atmospheric carbon dioxide are responsible for about two-thirds of the total energy imbalance that is causing Earth’s temperature to rise.

By one researcher’s measurement, global aviation (including domestic and international; passenger and freight) accounts for:

Airline carriers are exploring alternative fuels and some do offer programs by which passengers can pay extra to offset their carbon footprint from flying. But it is still early days for many of these advancements.

Read: Google Flights lets travelers see their carbon footprint — but can you trust it?

The SEC Armadillo, the main conference center for the Glasgow COP26, received a poor energy-efficiency reading ahead of the event, the Scotsman reported.

The event planners, meanwhile, have outlined ways they aim to make the nearly two-week gathering sustainable, including promoting green vehicles, cycling and walking on site, plus securing vendors who claim environmental responsibility.

The COP26 says that through buying offsets that make up for its own emissions, it will conduct a certified carbon-neutral event. 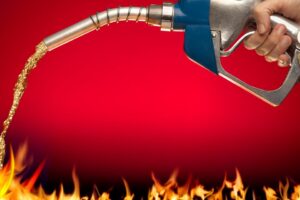 Outside the Box: How the U.S. can avoid a future where millions of retired Americans can’t meet their basic needs