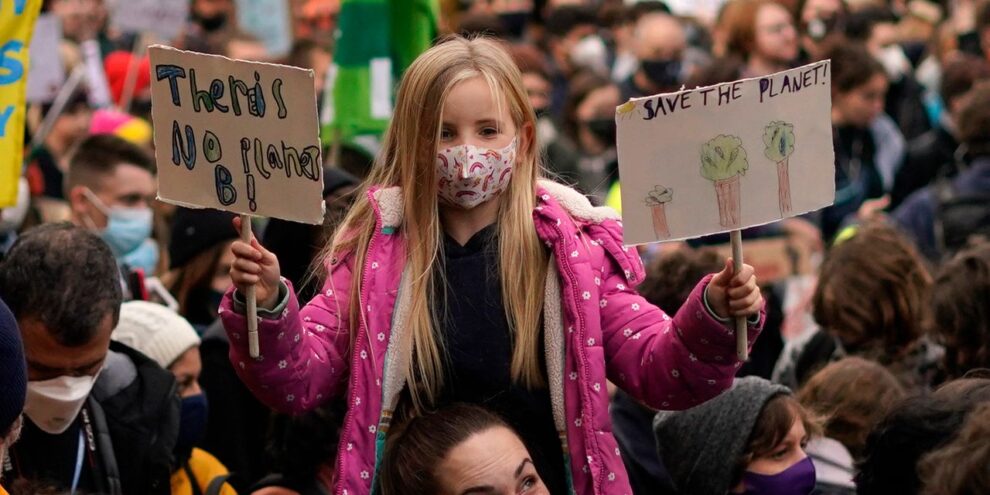 Analysis of Google data reveals that online searches for the term "climate anxiety" worldwide exploded by some 900% compared with this time last year. Read More... 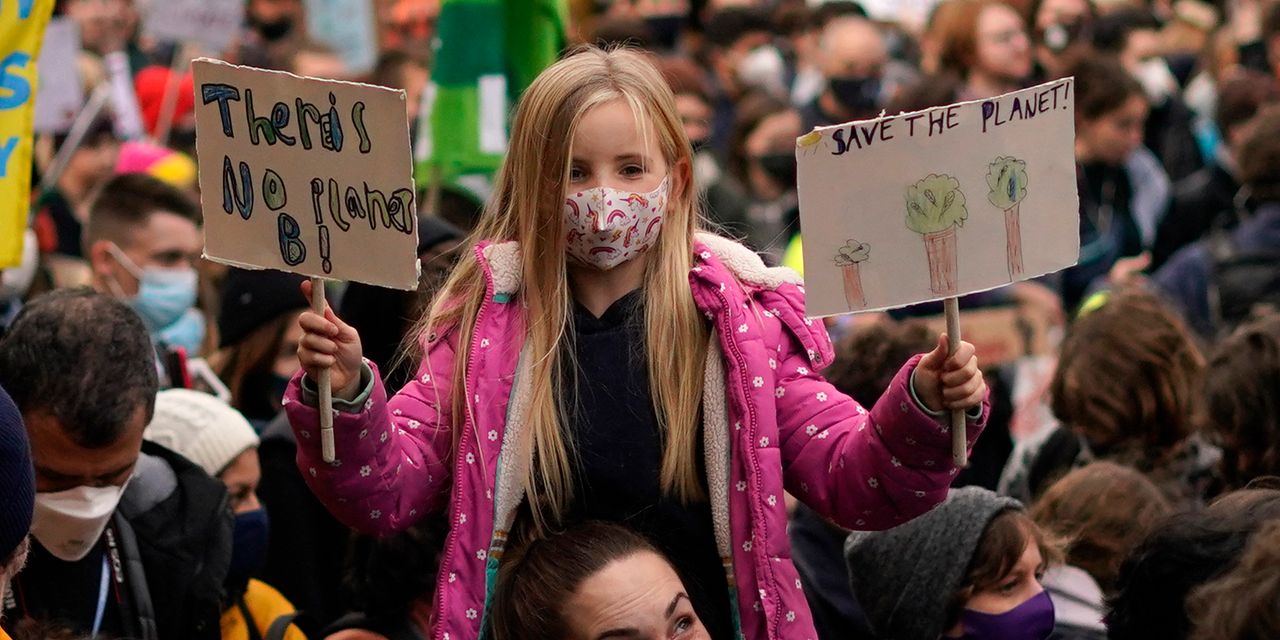 There may be more questions than answers when it feels like the fate of the world lies in the hands of a powerful few.

Analysis of Google data reveals that online searches for the term “climate anxiety” worldwide exploded by some 900% in recent days compared with this time last year.

The jump is expected as news coverage and social media posts flow from what many have deemed a critical global meeting to address global warming, the U.N.’s COP26. The event also drew thousands of protestors to press action from politicians, oil CL00, -1.10% and renewable energy executives, banking heads and others. Jeff Bezos, Leonardo DiCaprio, Emma Watson, Prince William and Barack Obama were there.

The two-week conference is nearing its conclusion in Glasgow Friday, although negotiators are officially in overtime and still working out details on how to slash emissions and more.

“Climate change” as a search term is also predicted to reach its third-highest peak in volume in November, since the time Google has made such records available. That’s nearly double the search interest in that term compared to November last year.

If countries don’t quickly set stronger emissions-reduction targets, the world will warm 2.7°C by 2100, a study released just before the Glasgow conference warned. The increase will far exceed the goal of keeping warming below 2°C and preferably the 1.5°C that was laid out in the voluntary 2015 Paris Agreement signed by all participating countries.  Even before that time, scientists say, a warming Earth is bringing more severe storms and rising oceans.

“Existential dread and paralysis are the top two trends I have noticed in working with folks both young and old in regards to climate anxiety,” said Jessica Morgan, licensed master social worker, and a climate anxiety specialist at Zencare, an online marketplace for therapists.

Physically, this chronic stress can manifest as anxiety, depression, digestive issues, headaches, muscle tension and pain, heart disease and memory impairment. Behaviorally, it can show up as lack of motivation or loss of interest, which for many people translates to not being able to get out of bed, or even reckless decision-making.

“I have personally witnessed [this] in working with folks who not only present with climate anxiety, but who hold a compassionate and active relationship to the intersecting crises of our time,” said Morgan.

Some people may curb their anxiety with information, if that information feels like it resolves uncertainty or empowers action. Google inquiries for “COP26 outcomes” are up 400% in the past week worldwide.

Read: 3 ways to shrink your carbon footprint the next time you’re grocery shopping

Therapists said “climate anxiety” can hit all ages, but younger people are particularly engaged in the topic, several surveys have shown.

In fact, searches for the name “Greta Thunberg” peaked to the highest they’ve reached since 2019, up 284% while COP26 was underway versus the previous period a year earlier.

The 18-year-old Swedish climate activist told The Associated Press she feared that “as long as our main goal is to find loopholes and find excuses, not to take real action, then we will most likely not see any big results in this meeting.”

Thunberg, who attended the start of the talks in Glasgow, spoke at her weekly protest outside Sweden’s parliament in Stockholm Friday morning, a repeat action that has prompted thousands of school-age children worldwide to skip school in protest. Thunberg’s high profile both before and during the Glasgow event are emblematic of rising interest among young people when it comes to climate change.

And maybe for good reason. Today’s kids will suffer many more instances of extreme heatwaves and other climate change-fueled disasters over their lifetimes than their grandparents, assuming limited or no action to curb emissions. That’s according to a study, published in September in the journal Science that claims it was the first to examine the experiences of climate extremes by different age groups.

The average 6-year-old will live through roughly three times as many climate disasters as their grandparents, the study finds. That child will see twice as many wildfires, 1.7 times as many tropical cyclones, 3.4 times more river floods, 2.5 times more crop failures and 2.3 times as many droughts over their life as someone born in 1960, the study found. The analysis found that only those under 40 years today will live to see the consequences of the choices made on emissions cuts.

The generational paper wasn’t the only research to link climate change to health concerns. Global warming packs the “greatest threat” to public health, argued an unprecedented joint statement out in September from more than 200 U.S. and international medical journals.

“Therapists need to be aware of and be knowledgeable about climate anxiety because the climate crisis affects all of us,” said Andrea Sheth, a licensed clinical social worker and a member of the Climate Psychology Alliance, based in New York City.

“It’s important for therapists to do their own work to acknowledge how they are impacted and be aware of their own anxiety so that they can be present for the people that are coming to see them,” she said.

Some searches reflected the public’s interest in actual details from the Glasgow negotiations. Trending English-language questions on COP26 in the past week worldwide have included: What has been agreed at COP26? What happened at COP26? How many countries are attending COP26? When is the next COP? And, Where is the next COP?

Other members of the public may not feel the issue impacts their daily life, or may now be only catching on to the fact that global warming has infiltrated politics, will continue to shape how food is grown, and whether more gas vehicles give way to EVs, or that stock market giants believe that fixing climate change is the opportunity of a lifetime.

“How long has climate change been an issue” is a U.S. search question that shot up 250% in just the past day.

Here are the advantages in favor of Disney amid the competitive streaming space
Thomas Ryder, former Reader’s Digest CEO, to retire from Amazon board after two decades
Comment

Netflix to Borrow Another $1 Billion With Cash at Record High

Why Square Stock Jumped 17% in June

Outside the Box: The future of commercial real estate — the weak get shaken out and the strong take over whole new markets