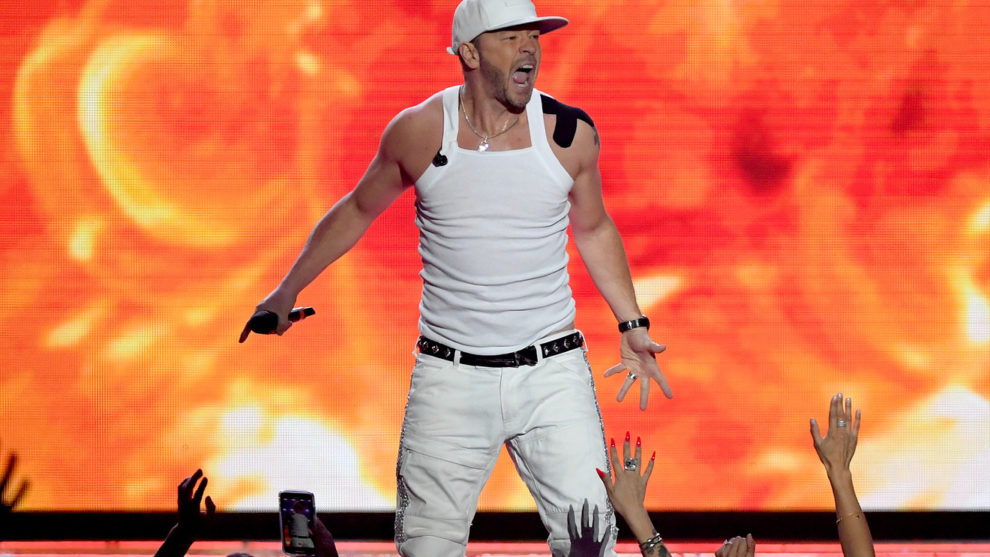 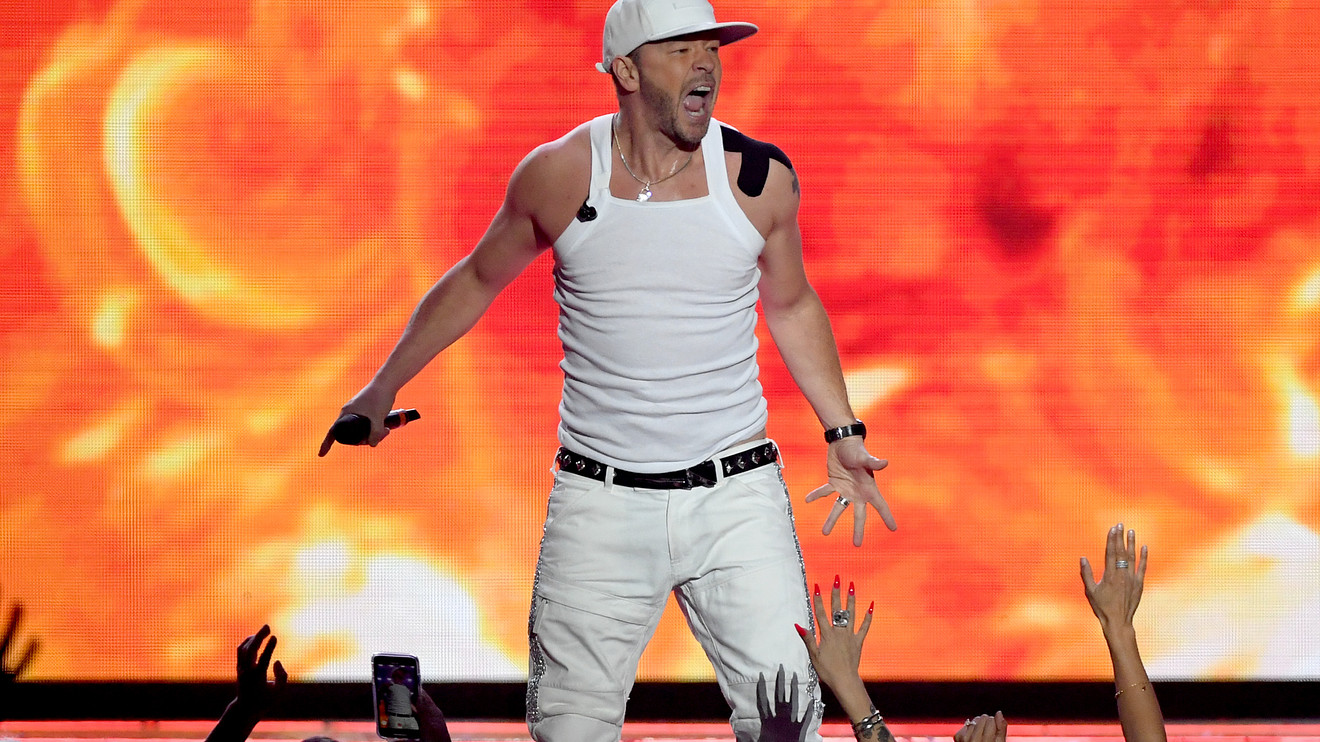 He’s got the right stuff.

“New Kids on the Block” singer and actor Donnie Wahlberg is helping make generosity go viral. The “Blue Bloods” star tipped an IHOP waitress in St. Charles, Ill., a symbolic $2,020 on a $78 tab on New Year’s Day. His wife, actress and author Jenny McCarthy, shared a picture of their receipt on Twitter TWTR, +0.38%  to encourage other patrons to pay it forward, too.

Fellow boy band phenom Harry Styles, formerly of One Direction, may have already reciprocated. An employee at the Caribbean Fish Market in St. Thomas in the U.S. Virgin Islands shared a receipt on Facebook’s FB, +1.88%   Instagram over the weekend, along with snaps of Styles and talk-show host James Corden, claiming that Styles paid a $2,020 gratuity on a $472.50 tab.

At least one person who commented on McCarthy’s original Twitter post accepted the challenge, tweeting a snap of their restaurant receipt for $725.46, on top of which they’d tipped $2,020. Wahlberg retweeted that post, calling it “epic.”

But it appears another generous couple was already getting the 2020 Tip Challenge started well before the Wahlberg effect started opening wallets. Turns out, a single mother in Michigan received a $2,020 tip on a $23 tab just before New Year’s Eve from two of her regular customers at the Thunder Bay River Restaurant in Alpena. Danielle Franzoni, 31, told ABC Detroit affiliate WXYZ that she was in “complete shock” and started crying when she saw the receipt, which read, “Happy New Year. 2020 Tip Challenge.”

Franzoni is working to regain custody of her three children after overcoming an opioid addiction and said she’s been sober for two years. “It’s a blessing,” she said about her sudden windfall. “I’m trying to bring my kids home. I’m trying to do right.”

Of course, most people can’t afford to be that generous. So many other folks have been sharing their smaller acts of kindness under the #2020tipchallenge hashtag, often giving amounts that reflect 2020, such as $20.20, or $200.20.

Y’all inspired us today at lunch! We couldn’t do $2020 but I still hope this made her day! Happy new year! pic.twitter.com/dAZU0fTSTb

That’s freaking awesome but unfortunately I can’t afford to tip $2,020 but I did just tip my waitress at @BWWings $20.20 💗💗💗 #2020TIPCHALLENGE pic.twitter.com/nnPjaZyAYf

So I can’t afford to give a large 2020 tip. The waitress was beyond surprised! She even hugged me! #CincoDeMayo #2020tipchallenge pic.twitter.com/1B1VCAtp4I

Wahlberg himself has responded to some of these, agreeing that, “Any act of kindness is always perfect. No matter how big or small. This means just as much, if not more.”

Any act of kindness is always perfect. No matter how big or small. This means just as much, if not more. #2020tipchallenge ❤️ https://t.co/dFPnMnQiW2

Of course, this isn’t the first time that Wahlberg has left a big tip. He dropped a $2,000 gratuity at a North Carolina Waffle House in 2017 — which he shared in a Facebook Live post — just weeks after leaving a $500 tip at a Maryland Waffle House.

But when it comes to tipping, the most generous Americans (those most likely to give 20% or more at restaurants) tend to be women, according to a recent CreditCards.com survey. An analyst on the survey suggested that could be because women staff a majority of service industry jobs, and “people who work in the service industry tend to be better tippers.” The survey also found that baby boomers tend to be more generous tippers than millennials, which is likely because boomers have more money to share.

Read more: Here are the best (and worst) tippers in America

Is it safer to stay at a hotel or an Airbnb during your summer vacation? ‘We need to balance sanity and risk’