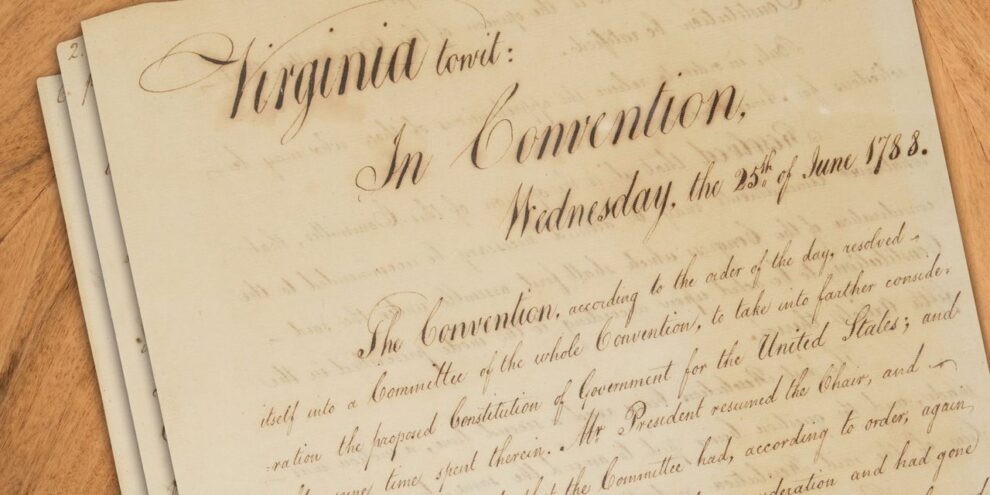 The item, one of only three known surviving copies of Virginia's ratification of the U.S. Constitution, has a pre-sale estimate of $3 million to $5 million. Read More... 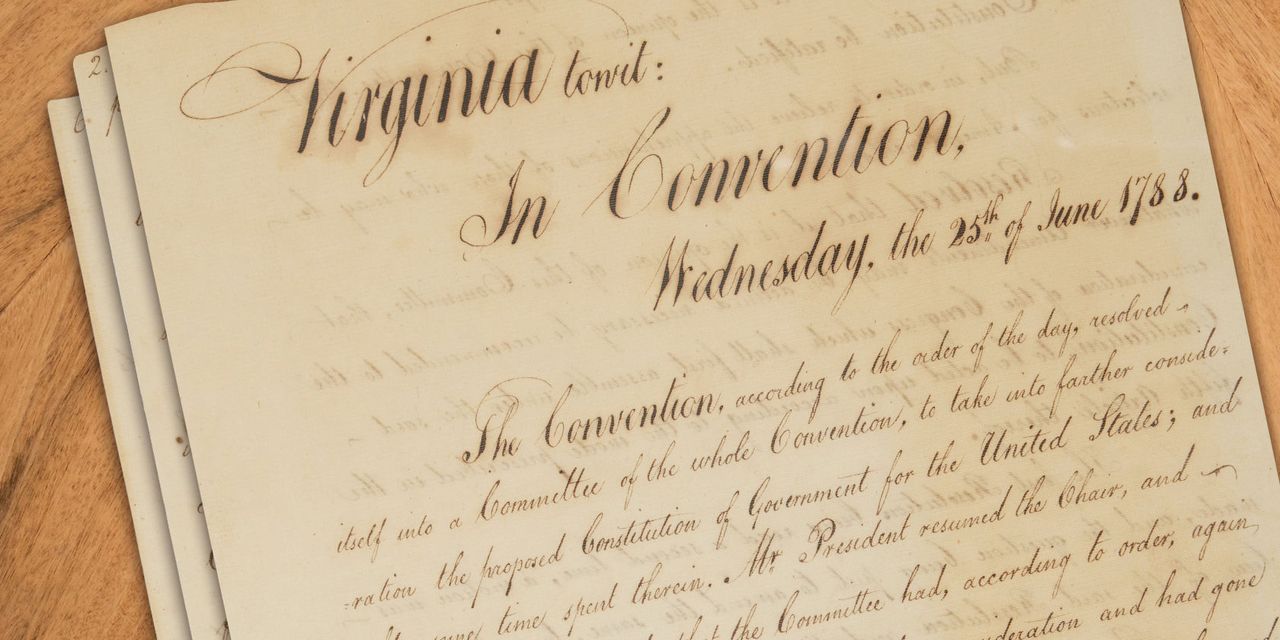 If you’re feeling particularly patriotic this Fourth of July and have a few million dollars to spare, here’s a thought: You can start making plans to bid on a rare piece of American history later this month.

Sotheby’s is set to auction off a copy of Virginia’s official ratification of the U.S. Constitution, along with two sets of proposed amendments — in all, a 13-page document from June 25, 1788, that proved integral to the establishment of the federal government we know today.

It is one of only three copies of the document believed to still exist. The Sotheby’s auction is scheduled for July 21 in New York City, with a preview period of July 12-20. Officials with the venerable auction house have set a pre-sale estimate of $3 million to $5 million for the document.

Selby Kiffer, a senior specialist with Sotheby’s books and manuscripts department, told MarketWatch that the item is among “the top tier of what might be called the founding documents.”

Each of the original 13 states was tasked with ratifying the proposed constitution. By virtue of its prominent place among those original states, Virginia was critical to the process, said John Kaminski, director of the Center for the Study of the American Constitution at the University of Wisconsin.

“Virginia’s ratification is sort of a springboard to the ratification of the Constitution,” Kaminski told MarketWatch.

What also makes the document so significant, Kiffer and Kaminski said, is that one of the sets of Virginia amendments is a “Bill of Rights,” which outlines such essential concepts as the right to freedom of speech, to a “fair and speedy trial by an impartial jury” and to keep and bear arms. In effect, it formed the basis for the federal Bill of Rights.

The auction is happening at a time when there is growing interest in historical American documents, Kiffer said. Perhaps the most noteworthy example was the $43.2 million sale last year, via Sotheby’s, of a first-edition copy of the U.S. Constitution itself.

Kiffer said a number of factors are driving the interest in key American documents, beginning with the growing interest in collectibles of all kinds in recent years. (To that end, rare baseball cards and comic books have been hot of late.) But he notes that the runaway success of the Broadway show “Hamilton” has also spurred interest in anything related to the early period of U.S. history.

“The musical made history come alive for a lot of people,” Kiffer said.