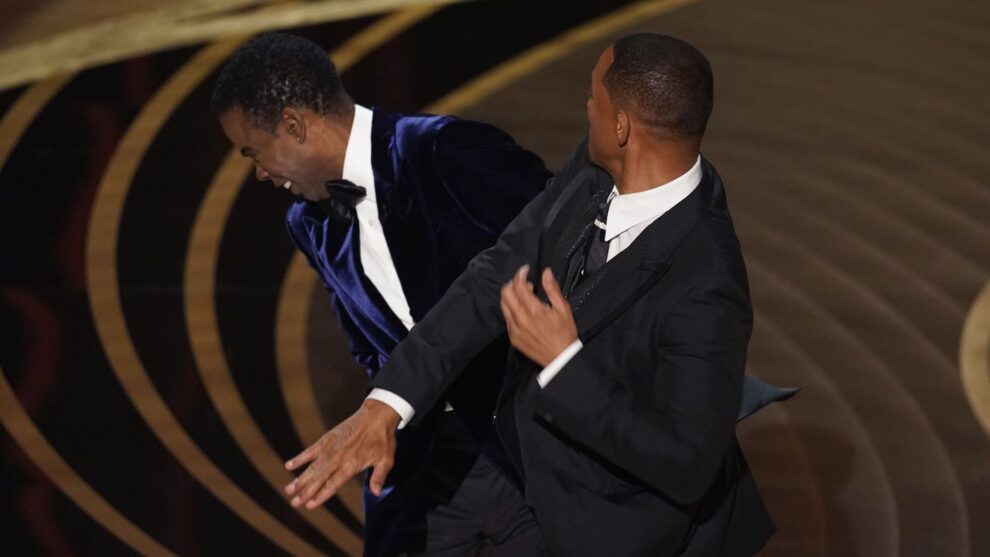 The awards show, set for June 12 in New York, says anyone who violates the policy 'will be removed from the event immediately.' Read More...

Following the Oscars slap-heard-around-the-word, organizers of the Tony Awards are emphasizing that attendees must adhere to a “no violence” rule.

In a letter sent out about ticketing for the big event honoring Broadway’s best, scheduled this year at New York’s Radio City Music Hall on June 12, organizers said: “The Tony Awards has a strict no violence policy. In the event of an incident, the perpetrator will be removed from the event immediately.”

That’s in marked contrast to what happened at the Oscars, when Will Smith slapped Chris Rock over a joke the comedian made about Smith’s wife, Jada Pinkett Smith.

The veteran film star was allowed to stay at the March 27 event and accepted the award for best actor later that night. The Academy of Motion Picture Arts and Sciences eventually announced it was banning Will Smith from the Oscars ceremony for 10 years, calling Smith’s actions “unacceptable and harmful.”

The Tony announcement could be a sign of things to come with awards shows. At the very least, it appears that organizers of these shows are taking pains to avoid any Oscar-type scandals. The recent Grammy Awards, held one week after the Oscars, steered clear of any controversial moments.

This year’s Tony Awards come as the industry is aiming to recover from a pandemic shutdown that lasted more than a year. The season has featured many high-profile productions, including a revival of “The Music Man” starring Hugh Jackman and a staging of “Macbeth” starring Daniel Craig.