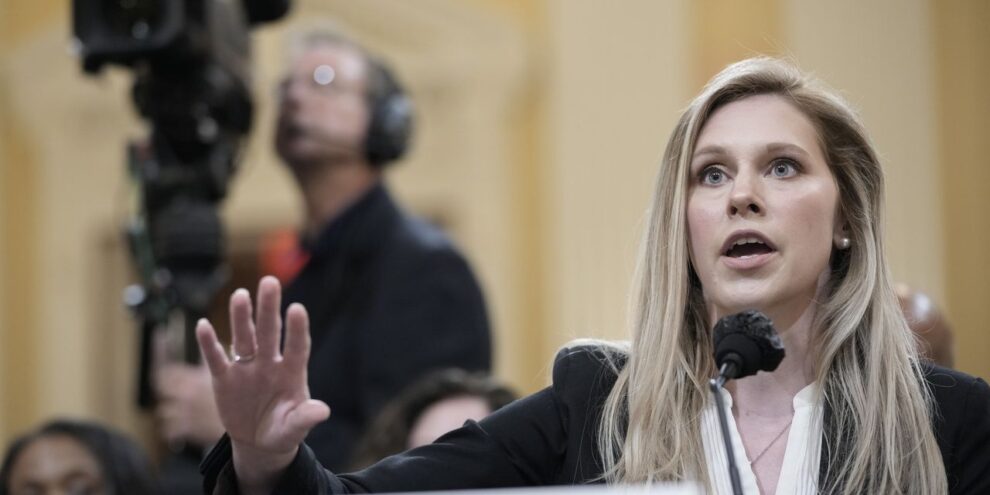 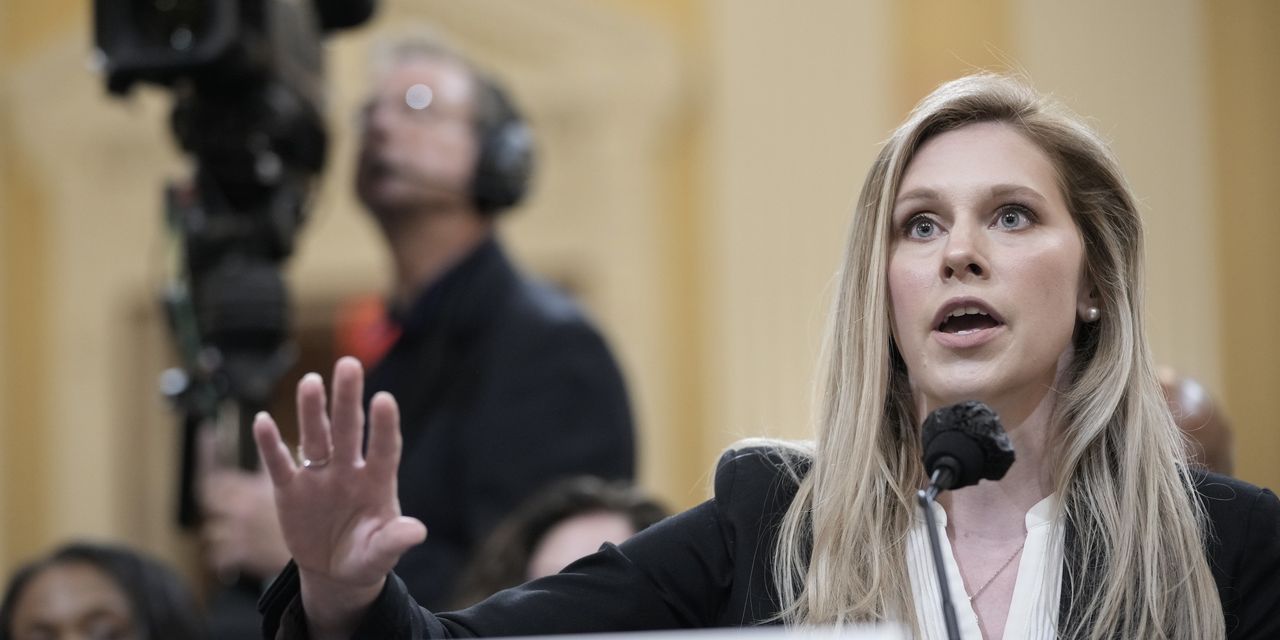 The bipartisan House committee investigating the Jan. 6, 2021, attack on the U.S. Capitol broadcast the hearing live on Thursday night to “provide the American people with a summary of our findings about the coordinated, multi-step effort to overturn the 2020 presidential election.” And it kicked off by putting Trump at the center of a conspiracy to overturn the 2020 election.

Read more: ‘Donald Trump was at the center of this conspiracy’: Jan. 6 hearings kick off with searing charges against ex-president

Trump responded in a message posted to Truth Social after the hearing by criticizing the committee for not showing “the many positive witnesses and statements” and playing “only negative footage,” outlets like USA Today and CNBC reported.

These are 10 key moments from the first two hours of testimony during the Jan. 6 committee’s public hearing on Thursday:

Rep. Bennie Thompson, the Mississippi Democrat who leads the Jan. 6 panel, gave a lengthy opening statement that charged Trump with instigating “an attempted coup” to obstruct Congress from certifying President Joe Biden’s 2020 electoral victory. “Ultimately, Donald Trump, the president of the United States, spurred a mob of the domestic enemies of the Constitution to march down the Capitol and subvert American democracy,” he said.

A breakout moment during Thompson’s opening statement included a clip of former Attorney General Bill Barr giving a deposition where he said that he tried telling Trump that he had lost the election, and fraud claims were “bullshit.”

“I made it clear I did not agree with the idea of saying the election was stolen and putting out this stuff, which I told the president was bullshit,” he said.

Liz Cheney says Trump ‘lit the flame of this attack’

The Jan. 6 committee’s vice chairwoman, Wyoming Republican Liz Cheney, doubled down on placing responsibility for the Jan. 6 Capitol attack on the former commander-in-chief’s shoulders. “President Trump summoned the mob, assembled the mob, and lit the flame of this attack,” she said.

The clip showed Cheney asking, “Jared, are you aware of instances where Pat Cipollone threatened to resign?” His response: “I know him and the team were always saying, ‘we are going to resign, we are not going to be there if this happened, if that happens.’ So I kind of took it up to be just whining, to be honest with you.”

On Jan. 6, Trump did not call the Secretary of Defense, the Department of Homeland Security, the National Guard, or his attorney general or the Department of Justice to coordinate a security response to the breach at the Capitol, Cheney said. But then-Vice President Pence did. The panel played audio of Gen. Mark Milley, the chairman of the joint chiefs of staff, testifying that he had two or three calls with Pence that day. “He as very animated, and he issued very explicit, very direct, unambiguous orders,” said Milley.

But as for his conversation with Trump’s chief of staff Mark Meadows? Milley said Meadows told him: “We have to kill the narrative that the vice president is making all the decisions.”

The panel also displayed a series of previously-released texts by Fox News host Sean Hannity and Trump’s then-press secretary Kayleigh McEnany that outlined a five-point plan on how to talk to the commander-in-chief. For example, No. 1 is “No more stolen election talk,” Hannity writes. And No. 2, “Yes, impeachment and 25th amendment are real, and many people will quit.” McEnany, soon to be Hannity’s colleague at Fox, responded, “Love that. Thank you. That is the playbook.” She added, “You are doing a great service for your country. ”

The committee shared a new 12-minute video presentation of the violence at the Capitol on Jan. 6

The committee played a roughly 12-minute video presentation of the violence that unfolded at the Capitol complex on Jan. 6. It includes violent chants to “Hang Mike Pence,” scenes of rioters attacking Capitol police officers, as well as the people who breached the building seeking out House Speaker Nancy Pelosi, and calling “Nancy! Nancy!” Be warned that the footage is graphic, and there is some strong language.

Documentary filmmaker Nick Quested was in D.C. to tape the rally on Jan. 6, and described watching the crowd turn from protestors to rioters to insurrectionists, “For anyone who didn’t understand how violent that event was — I saw it, I documented it, and I experienced it,” he said.

Officer Caroline Edwards, who was briefly knocked unconscious and sustained a traumatic brain injury while trying to defend the Capitol, said she has been called “Pelosi’s dog, incompetent, a hero and a villain,” as well as “a traitor to my country” for trying to protect the lawmakers inside the building.

“I was none of those things,” she said. “I was an American standing face to face with other Americans asking myself how we had gotten here.”

And she also compared the scene at the Capitol to a war zone. “Never in my wildest dreams did I think that as a police officer, as a law enforcement officer, I would find myself in the middle of a battle,” she said. “I’m trained to detain … a couple of subjects and handle a crowd, but I’m not combat-trained. And that day, it was just hours of hand-to-hand combat.”