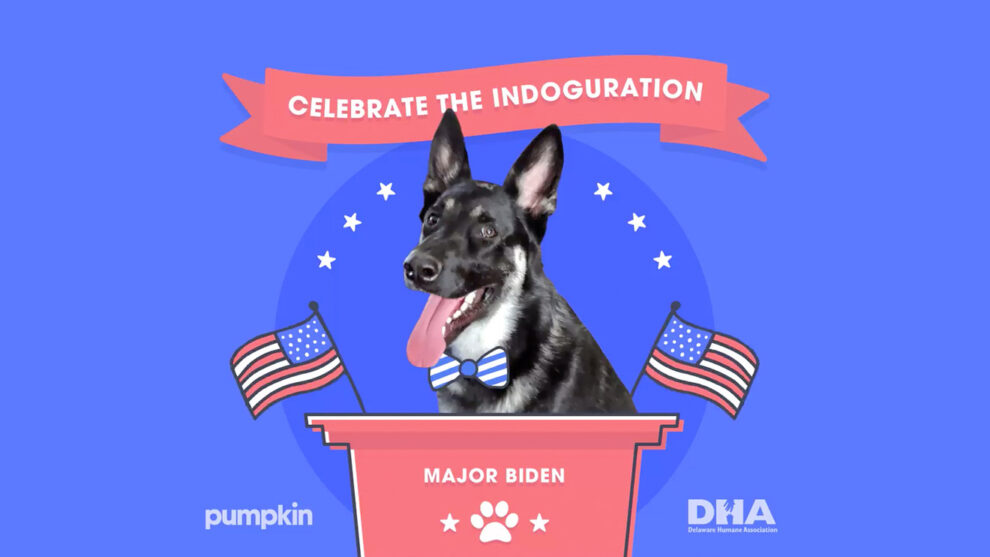 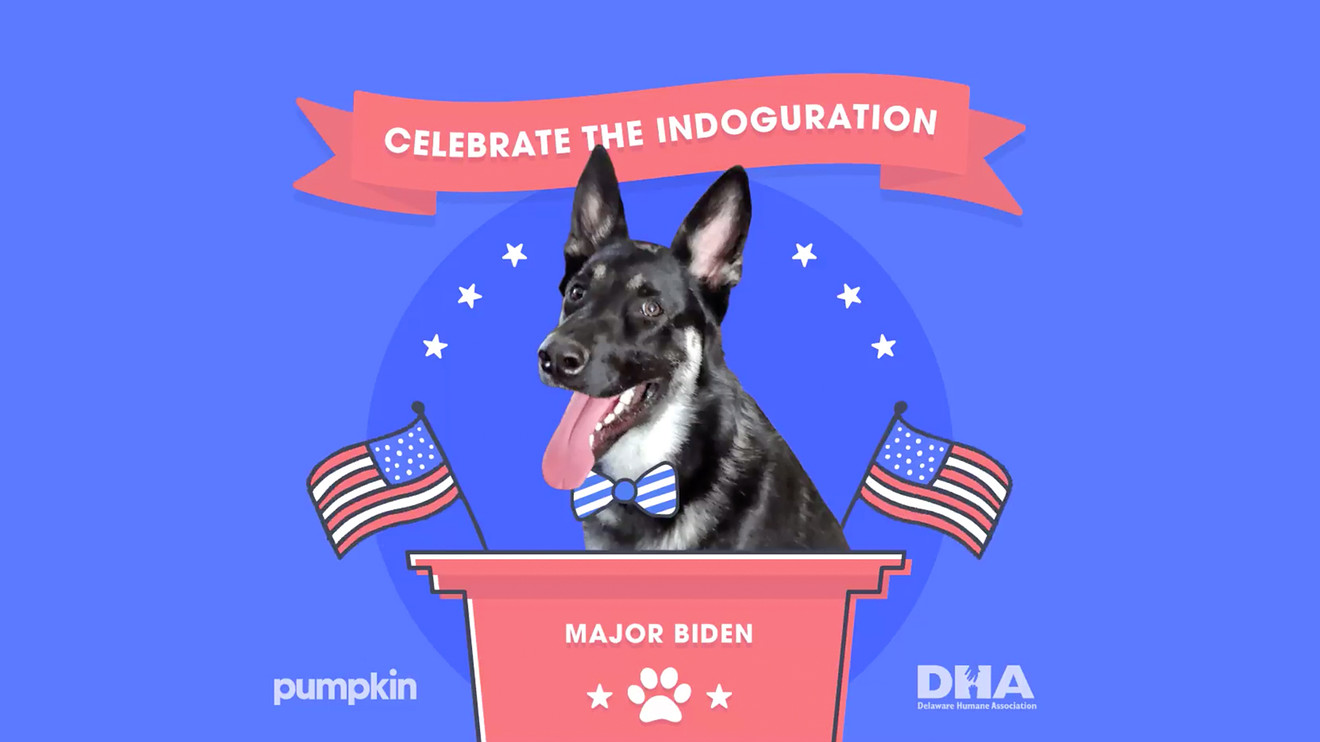 President-elect Joe Biden isn’t the only one getting inaugurated. His rescue dog Major has fetched his own “indoguration” party this weekend.

“Let’s celebrate the first-ever shelter pup to become First Dog and raise $$$ to help more shelter animals like Major live the American Dream!” the Delaware Humane Association recently announced on its Facebook FB, +0.20%  page. The Bidens adopted Major from the shelter in 2018, and they intend to bring him and their other German shepherd, Champ, to 1600 Pennsylvania Ave. once Biden is sworn in next week.

Rumor has it that they intend to adopt a cat, as well.

Major Biden’s “indoguration” celebration will be held over Zoom ZM, +2.08%  at 3 p.m. ET on Sunday, Jan. 17, three days before Inauguration Day. The “Today” show’s Jill Martin will host the virtual event, which hopes to draw 1,000 attendees (both dogs and their humans are welcome), and set a record for the world’s largest Zoom call for dogs.

The event also hopes to get its paws on some money to help the shelter. The Delaware Humane Association is asking for a $10 minimum donation per guest, with 100% of proceeds directly supporting its animals in need. While many animal rescues saw a spike in adoptions earlier in the pandemic, there is real concern that as the pandemic continues and unemployment climbs, many families will have to make the difficult decision to surrender their four-legged family members to shelters. The Delaware Humane Association is fundraising so that it can meet the needs of its community, it explains in a press release, such as offering a free pet food pantry and affordable veterinary care.

Read:‘We needed each other in this crazy mess.’ Is the pandemic a good time to rescue a dog?

Rising above the partisan rancor over the hotly contested 2020 election results was excitement over the Bidens bringing pets back to the presidency. The Trumps were the first First Family without a pet in more than 100 years. The Biden dogs even mugged in campaign ads with the tagline, “Let’s put a dog back in the White House.”

Read:Bear cubs on the White House lawn, an alligator in the bathtub — past presidents had wild taste in pets

What’s more, shelters expressed excitement that a rescued First Pet — especially one as photogenic as Major — could inspire more animal fosters and adoptions.

“This representation is not just normalizing adoptions, but celebrating it, because the public can see this is a really beautiful shepherd who is joining the White House,” Lindsay Hamrick, the director of shelter outreach and policy engagement at the Humane Society of the United States, recently told MarketWatch. “There are so many animals that are waiting for homes in shelters, so to be able to see one of them in the White House surrounded by tons of people, and having a really awesome life, sends a message that you can show up at your local shelter and find a healthy, happy dog to take home.”

Read:Major Biden will be the first shelter dog in the White House — and that’s good news for all animals in need of forever homes

The Humane Society estimates that 10 million to 11 million pets could be displaced by evictions early this year. Indeed, new research from the Economic Roundtable warns that COVID-19 will cause twice as much homelessness as Great Recession.

The Margin: Major Biden will be the first shelter dog in the White House — and that’s good news for all animals in need of forever homes
YouTube to Counter Covid Misinformation With New Videos
Comment

Why April is a Great Month for Stocks