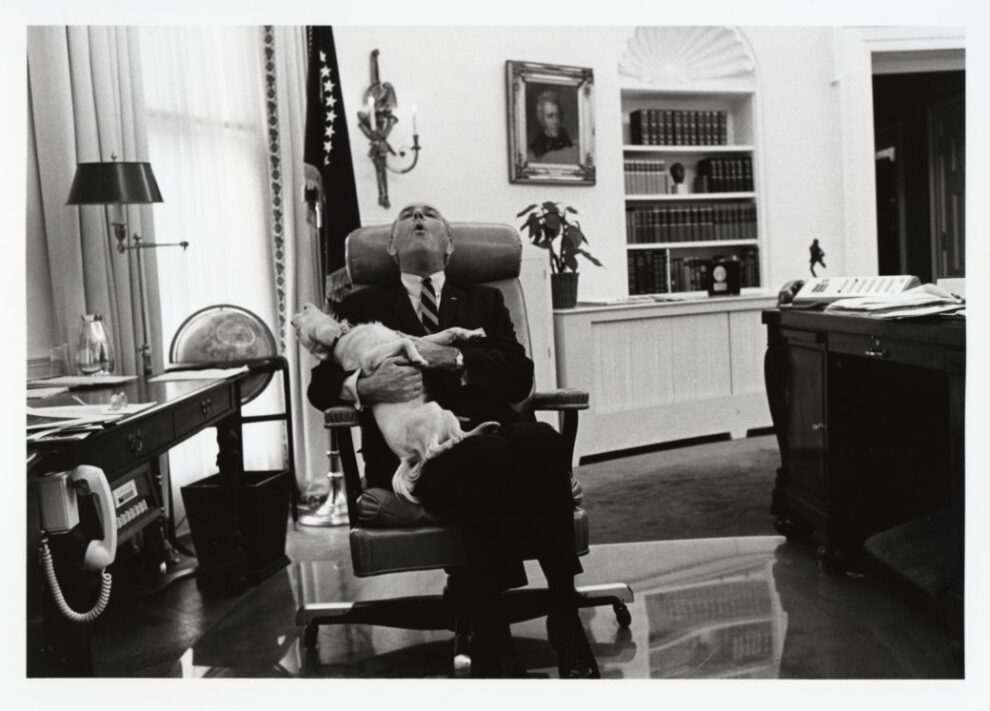 It’s been a ruff four years for animal lovers who may have missed seeing a presidential dog in the White House.

So many people who celebrated Joe Biden being named the winner of the 2020 election over Donald Trump also pounced on a second bit of news: that the Bidens plan to bring their German shepherds Champ and Major with them to the West Wing.

And Major, whom the Bidens adopted from the Delaware Humane Association in 2018 after fostering him for several months, will be the first rescue dog from an animal shelter to live in the White House. This drew applause from the likes of the ASPCA.

In fact, the Delaware Human Association is hosting a virtual “indoguration” party for Major just three days before Joe Biden’s own inauguration. It hopes to draw 1,000 people and their pets into a Zoom event to raise money for the shelter.

What’s more, a feline friend could also be joining the West Wing, as Dr. Jill Biden told Fox 5 in Washington, D.C. that, “I’d love to get a cat. I love having animals around the house.” This would be the first mouser in the White House since President George W. Bush’s cat, India, aka Willie.

While some reports have said Major will be the White House’s first rescue pet ever, the fact-checkers at Snopes.com note that President Lyndon B. Johnson’s mixed breed dog Yuki was found by Johnson’s daughter Luci at a gas station on Thanksgiving Day in 1966. Luci officially gave the dog to her dad as a birthday gift in 1967.

Abraham Lincoln also had a foundling pup named Fido, but the yellow mixed-breed dog never lived in the White House because he was scared of crowds and loud noises. The Lincolns gave Fido to another family before Honest Abe took office, according to the Presidential Pet Museum. (Yes, there is a U.S. Presidential Pet Museum outside of Baltimore that keeps tabs on the animal companions of each commander-in-chief — which have actually included bobcats and tigers and bears.)

Read:Check out the wildest presidential pets in history

So Yuki was technically the first rescue dog to reside in the White House, although Major will indeed be the first shelter dog to join a First Family living at 1600 Pennsylvania Ave.

And this caps a pretty good year for rescue animals overall in 2020. While the pandemic has exacted an enormous toll on American lives and livelihoods, one silver lining has been a spike in the number of shelter animals being adopted or fostered (when someone temporarily takes care of a pet until the shelter can find it a forever home) as more people are spending more time at home during the pandemic.

Normally, an estimated 6.5 million dogs and cats enter U.S. animal shelters every year, according to the ASPCA, and approximately 1.5 million shelter animals are euthanized, including 670,000 dogs and 860,000 cats.

But this year, many Americans have been coming forward to adopt or foster animals, since many suddenly found themselves working from home, unemployed, or simply spending more time at home to limit the spread of COVID-19. There were reports of shelters such as the Twin Cities’ Animal Humane Society in Minnesota adopting out more than 300 animals in a single week in the spring, and Iowa’s King’s Harvest Pet Rescue finding homes for all 17 of its dogs, and dozens of cats. The Animal Care Centers of NYC (ACC) received more than 5,000 applications to foster pets in March. It was able to put 300 fosters into homes at the time.

Several new pet owners told MarketWatch at the beginning of the pandemic that they had rescued dogs and cats because sheltering in place gave them the chance to bring in a shelter animal. And they called their new furbabies “life-savers” and mental health boosters in an otherwise frightening time.

Read:‘We needed each other in this crazy mess.’ Is the pandemic a good time to rescue a dog?

Lindsay Hamrick, the director of shelter outreach and policy engagement at the Humane Society of the United States, told MarketWatch that one week in April 2020 saw pet fostering surge an “astronomical” 720% higher than the number of fosters recorded during the same time period in 2019. “In the beginning of the pandemic, there was this massive surge of both adoptions and fosters,” she said. “And interest has stayed pretty consistent. Shelters and rescues have also taken in far fewer animals this year, too.”

Katy Hansen, the communications director at ACC, said the number of animals they placed in foster homes in 2020 was 113% higher than last year. What’s more, while they were able to foster about 6% of the animals that were entered into their shelters in 2019, last year they fostered 25% of them. Better yet, almost a third (31%) of the people fostering animals in 2020 have decided to adopt them permanently.

“I think people are finding that it’s nice to have another heartbeat around,” Hansen said. “The silver lining is that it’s been a pretty amazing year for animal shelters and rescues, because there’s been such a focus on animals and pets, and what they bring to our lives.”

So back to the Bidens and Major: These rescue organizations believe that Major (who is the darker German shepherd with the light brown legs, while Champ is the mostly light brown dog with the dark snout) could be an ambassador for rescue dogs — even if President-elect Biden did fracture his foot over Thanksgiving weekend while playing with Major.

“This representation is not just normalizing adoptions, but celebrating it, because the public can see this is a really beautiful shepherd who is joining the White House,” said Hamrick. “There are so many animals that are waiting for homes in shelters, so to be able to see one of them in the White House surrounded by tons of people, and having a really awesome life, sends a message that you can show up at your local shelter and find a healthy, happy dog to take home.”

Indeed, Hansen said that the ACC has “two purebred German shepherds right now that we got in as an owner surrender. So for people looking for exactly what Biden has, we’ve got it.”

Hamrick noted that she’s observed a long-term trend over the past decade where more people are realizing the perception that adopted dogs have some type of “problem” is largely a myth. “The vast majority of dogs and cats who end up in shelters end up there because people lose their jobs or they can’t find pet-friendly housing,” she said.

And these two challenges are something that shelters and rescues are very worried about heading into 2021, especially once moratoriums on evictions lapse, and if spiking coronavirus cases lead to a second or third wave of lockdowns to stem the spread, which can lead to more businesses closing or laying off employees.

Hansen said she’s seen the number of owners surrendering their pets to the ACC shelter system begin to rise over the past few months. “People are panicking about job losses and the financial impact of COVID, and there hasn’t been another stimulus check,” she said. “Or lots of people are moving in with their friends and family, and the animals aren’t welcome, or that home already has a pet. So it’s hard.”

Hamrick says the Humane Society estimates that 10 million to 11 million pets could be displaced by evictions early in 2021, which they calculate based on the number of renters likely to be evicted when the moratorium lifts. What’s more, some government-run animal rescue organizations have seen their budgets cut last year; the NYC Animal Care Centers saw their budget slashed by $3 million, Hansen said. The leadership team took a pay cut to avoid layoffs, and Hansen says that “the competition for donation dollars is intense.”

“We’re advocating that elected officials really consider how essential the sheltering resources are,” Hamrick added. Luckily, it looks like they could soon have a key canine advocate in the White House.

This article was originally published on Nov. 11, 2020, and has been updated.

Amazon May Bid For Italian Soccer Rights, Moving Deeper Into Live Sports
The Margin: Joe Biden’s rescue dog is getting an ‘indoguration’ this weekend
Comment

Business in the Age of COVID-19: Cisco sees spike in videoconferencing, but how will IT spending fare?

What's in Store for Radiant Logistics (RLGT) in Q1 Earnings?