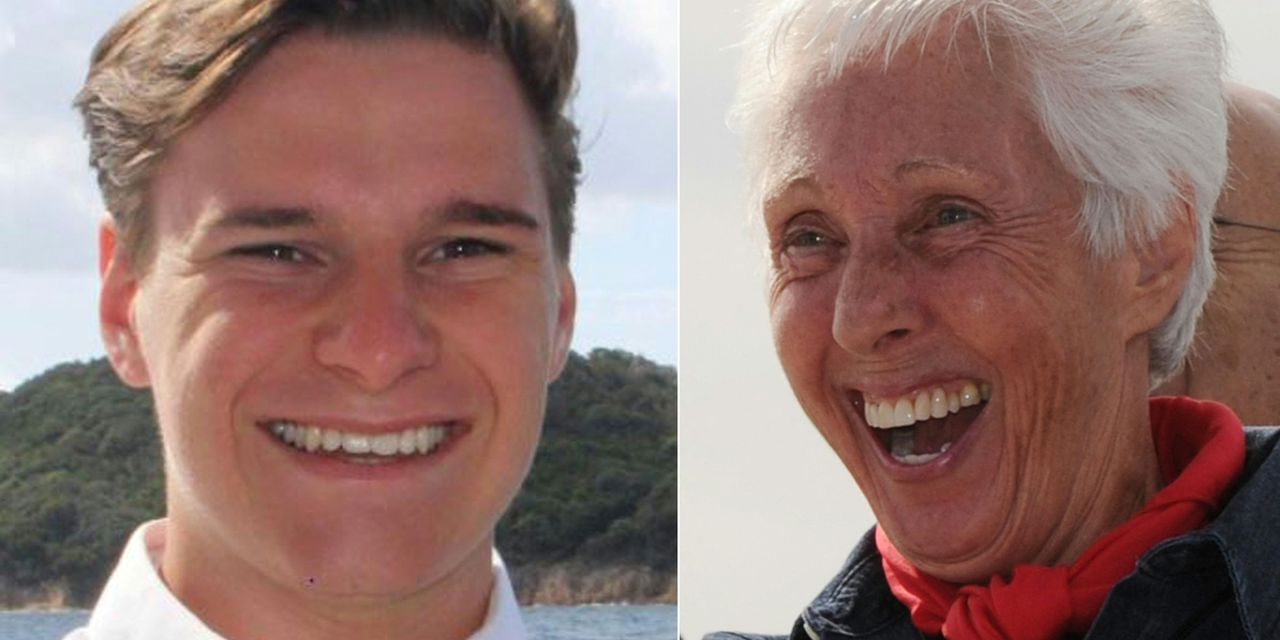 “ “Hi, I’m Oliver Daemen, and I will be joining Jeff Bezos, Mark Bezos and Wally Funk on the first flight of New Shepard. I am super excited to go into space and joining them on the flight.”  ”

That was the 18-year-old Dutch student making headlines this week for becoming a last-minute addition to Blue Origin’s first passenger flight.

Read more: An 18-year-old will be the youngest person to ever go into space as he joins Jeff Bezos on Blue Origin

Former Amazon AMZN, -1.59% CEO and Blue Origin founder Jeff Bezos is set to blast off to the edge of outer space aboard the New Shepard on Tuesday. The fully automated rocket and space capsule will carry six passengers, including Bezos, his brother — and now the son of Joes Daemen, founder and CEO of Somerset Capital Partners, a private-equity firm in Oisterwijk, Netherlands.

Originally, the anonymous winner of an online charity auction had landed a coveted spot alongside Bezos on the passenger manifest thanks to an astronomical $28 million bid. But Blue Origin revealed Thursday that this person has a “scheduling conflict” with Tuesday’s launch, and will join a future flight. So that opened the spot up to the young Daemen, who was the runner-up in the bidding war.

“I’ve been dreaming about this all my life,” Daeman says in a video shared with the Wall Street Journal.

What’s more, he’ll be making history as the youngest person to go into space if the New Shepard rockets up an expected 62 miles above sea level on Tuesday.

And he won’t be the only historic passenger: New Shepard will also be carrying 82-year-old women’s aviation pioneer Mary Wallace “Wally” Funk, who is poised to break John Glenn’s record as the oldest person to go to space.

Daeman shared that he is excited about experiencing zero gravity, and seeing the curvature of the Earth from suborbital space.

“Thank you so much for the people of Blue Origin for making this happen, and making New Shepard,” he said.

Last weekend, Virgin Galactic SPCE, -4.85% CEO Richard Branson charted the course with a similar trip aboard his VSS Unity rocket-powered spaceplane. It was also the VSS Unity’s first passenger flight — reaching a peak altitude of 53.5 miles above sea level, where Branson, 70, and his passengers experienced weightlessness and gawked at the planet from above.

“The whole thing, it was just magical,” Branson said after landing.

Market Extra: J.P. Morgan made a ‘Volfefe’ index to track how Trump tweets move the bond market — here’s what it shows

12 good investing lessons to teach kids — and yourself