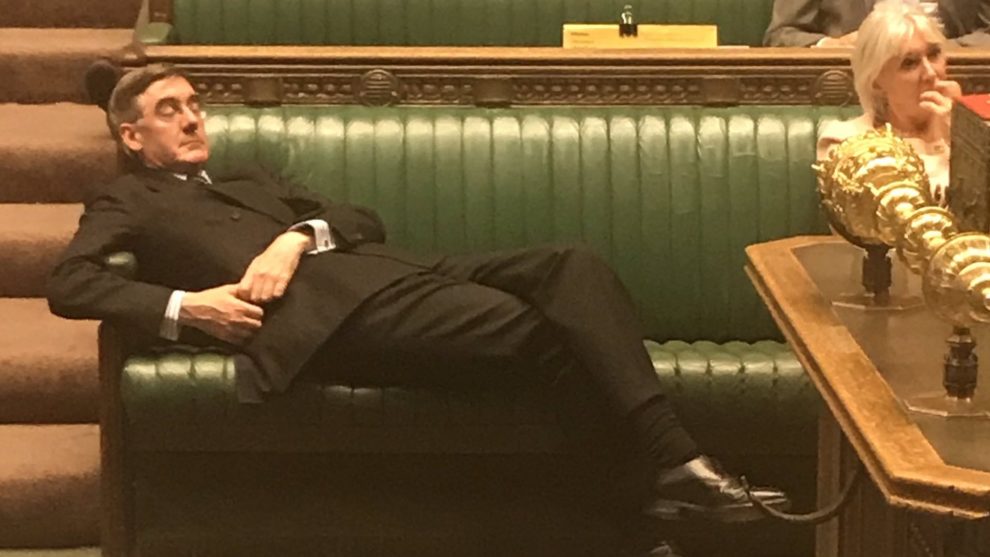 A prominent pro-Brexit politician sparked outrage — and a meme — Tuesday when he stretched out across a bench in Parliament, appearing bored as British lawmakers heatedly debated the country’s exit from the European Union. Read More... 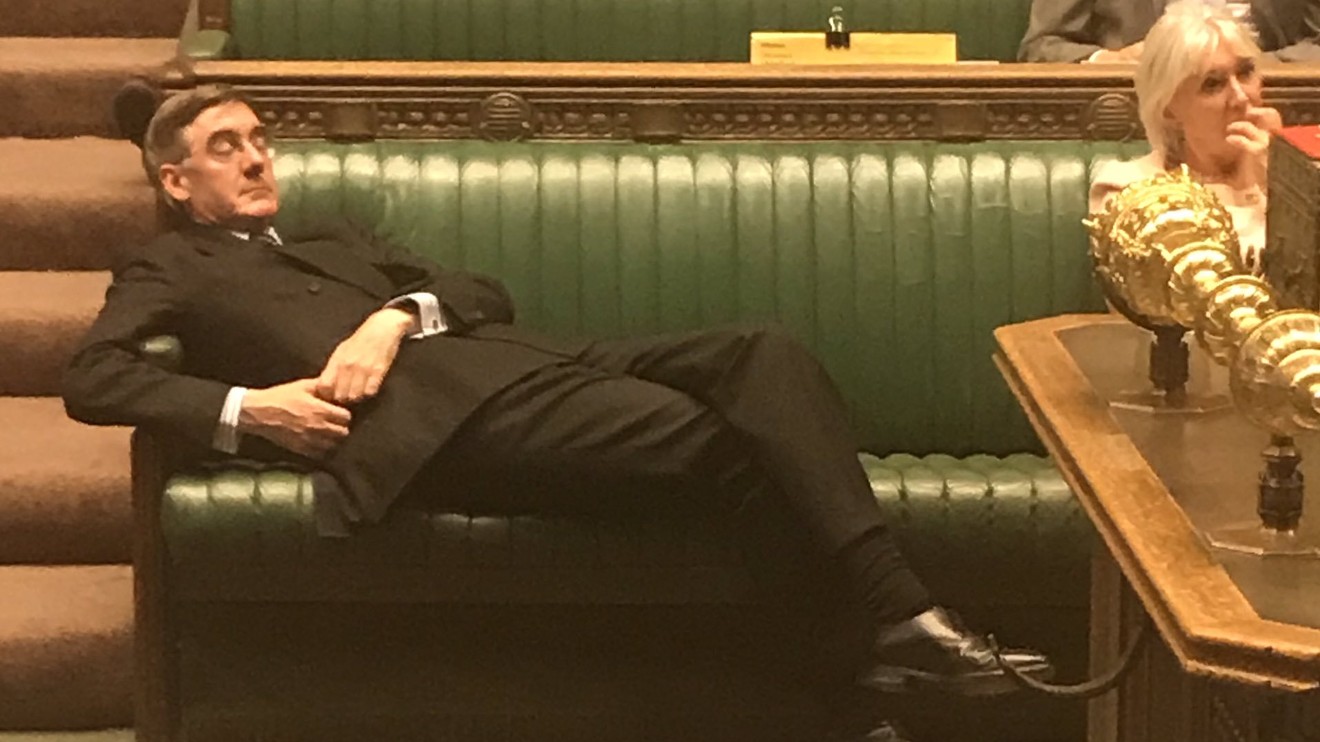 A prominent pro-Brexit politician sparked outrage — and a meme — Tuesday when he stretched out across a bench in Parliament, appearing bored as British lawmakers heatedly debated the country’s exit from the European Union.

Jacob Rees-Mogg, the Conservative leader of the House of Commons known for his aristocratic mannerisms, sprawled himself out in the front row of Parliament on Tuesday night, spurring some lawmakers to shout “Sit up, man!”

Anna Turley, a Labour MP, called Rees-Mogg’s posture “the physical embodiment of arrogance, entitlement, disrespect and contempt for our parliament.”

The physical embodiment of arrogance, entitlement, disrespect and contempt for our parliament. pic.twitter.com/XdnFQmkfCS

“The Leader of the House has been spread across around three seats, lying out as if that was something very boring for him to listen to tonight,” she said.

This is the moment MPs shout at @Jacob_Rees_Mogg to ‘sit up’ after his body language and attitude during the ongoing Brexit debate is criticised by Green Party MP @CarolineLucas.

The image of Rees-Mogg kicking back as the future of Britain was at stake caused an uproar in the U.K. and much mockery on social media:

Just go to your work tomorrow and during a crucial meeting sit like this when someone is speaking and see what happens.
If it ends badly just regret the fact that you weren’t born to rule and far too important to listen to anyone else’s view. https://t.co/nW3lxql7qL

I know I’m late with this. pic.twitter.com/S3rsnddfee

Young Decadent (After the Ball), 1899, by Ramon Casas i Carbo v Middle-Aged Tosspot (During the Debate), 2019. pic.twitter.com/IDaEDNzfvN

“Paint me like one of your French girls” pic.twitter.com/tCMhdwkmMt

Who has already couch-gagged Rees-Mogg? I love the internet pic.twitter.com/g0q8diBwpf

After a heated and dramatic debate, Parliament handed Prime Minister Boris Johnson a sharp defeat, taking back control of the Brexit process. A number of Conservative lawmakers changed sides, clearing the way for a vote Wednesday that would block the U.K. from a “no-deal” Brexit on Oct. 31. Johnson immediately said he would call for a general election.

Market Extra: Global oil ‘choke point’ in focus after Trump calls off military strike against Iran: What you need to know

The Margin: Two-thirds of college Democrats want ‘In God We Trust’ removed from U.S. currency — hardly any Republicans agree