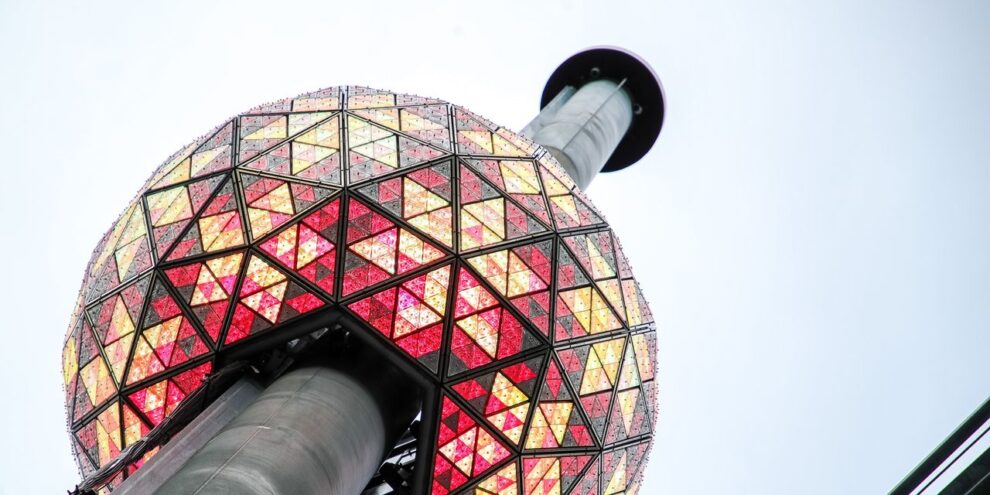 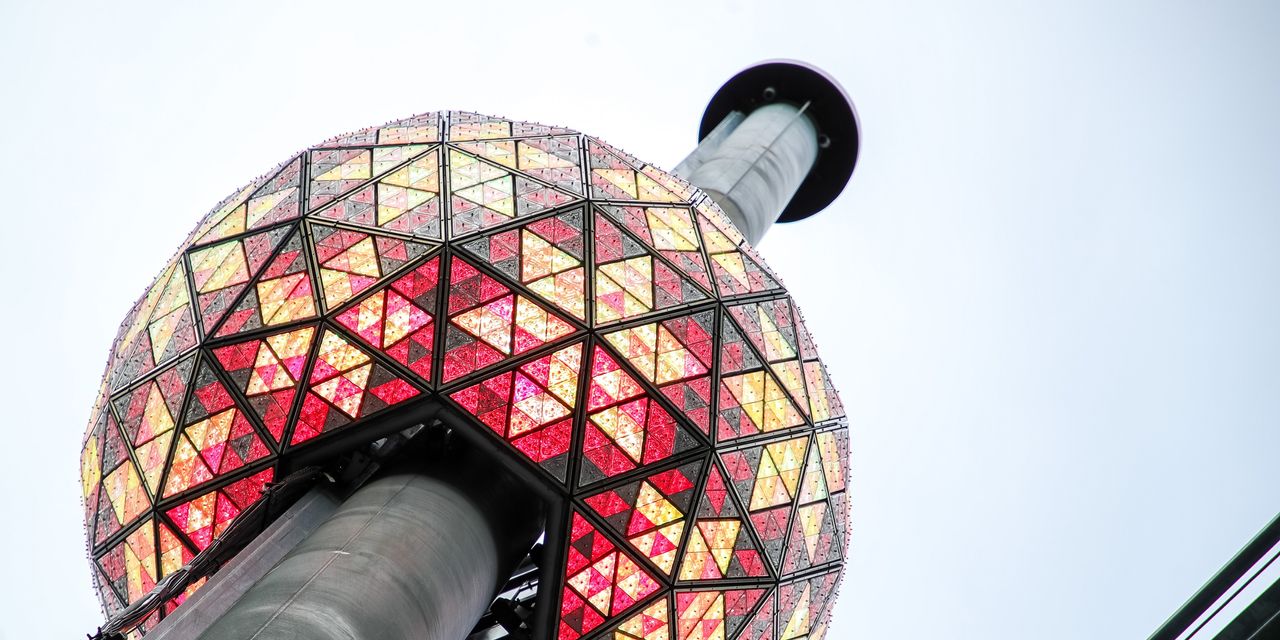 The world’s most famous crystal ball is getting dressed up for New Year’s Eve.

The media got a sneak peek of the Waterford Crystal Times Square New Year’s Eve Ball on Monday night, which has been glammed up with 192 new crystal facets from Irish crystalware company Waterford.

Waterford has decked the world-famous New Year’s Eve ball since ushering in the new millennium 22 years ago. And since 2014, Waterford has been adding 192 crystal triangles to the ball each year. The addition depicts a “greatest gift” representing the hopes and themes for each new year, such as happiness, harmony and kindness, the company says. The “Gift of Wisdom” design for 2022 includes blue cobalt crystals.

“The triangles feature a series of intricate wedge cuts that appear to be endless mirrored reflections of each other inspiring our imagination with a kaleidoscope of colorful patterns on the Ball,” Waterford explains on its website.

Waterford and the Times Square New Year’s Eve organizers have been coy about how much the ball costs, calling it “priceless,” but have conceded it’s valued at more than $1 million.

But for all of these jaw-dropping facts and figures, the ball drop is rooted in pretty humble beginnings. The official Times Square site notes that the New Year’s Eve ball made its maiden descent in 1907, when the New York Times — which had officially opened its Times Square headquarters with a New Year’s Eve bash in 1904 — lowered a 700-pound wood and iron ball decked with a hundred 25-watt light bulbs at midnight to usher in the year 1908. And in the 114 years since, thousands of revelers have gathered in person year over year to watch the ball drop in the heart of NYC — with millions more tuning in via their TVs, and now over livestreams.

The COVID-19 pandemic has scaled back the celebration for the past two years, however. While some 60,000 people would usually crowd into Times Square before the pandemic to watch the ball drop in-person, attendance will be capped at 15,000 this year as the highly-contagious omicron variant has led to a spike in COVID cases and deaths.

What’s more,  revelers won’t be allowed into viewing areas until 3 p.m., which is much later than in previous years. And everyone in attendance must show proof of vaccination and wear a mask — preferably an N95, KN95 or KF94 mask, which health experts say is much more effective against the omicron variant than a single-layer cloth mask.