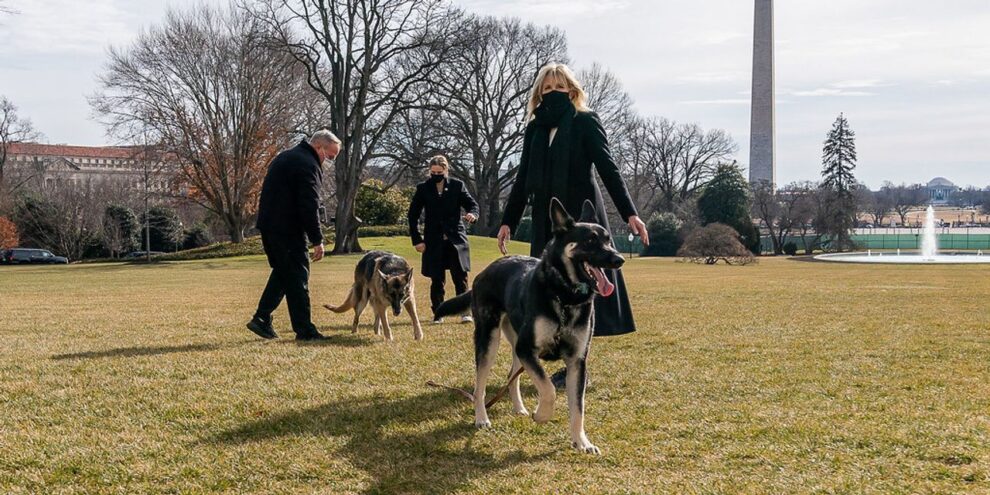 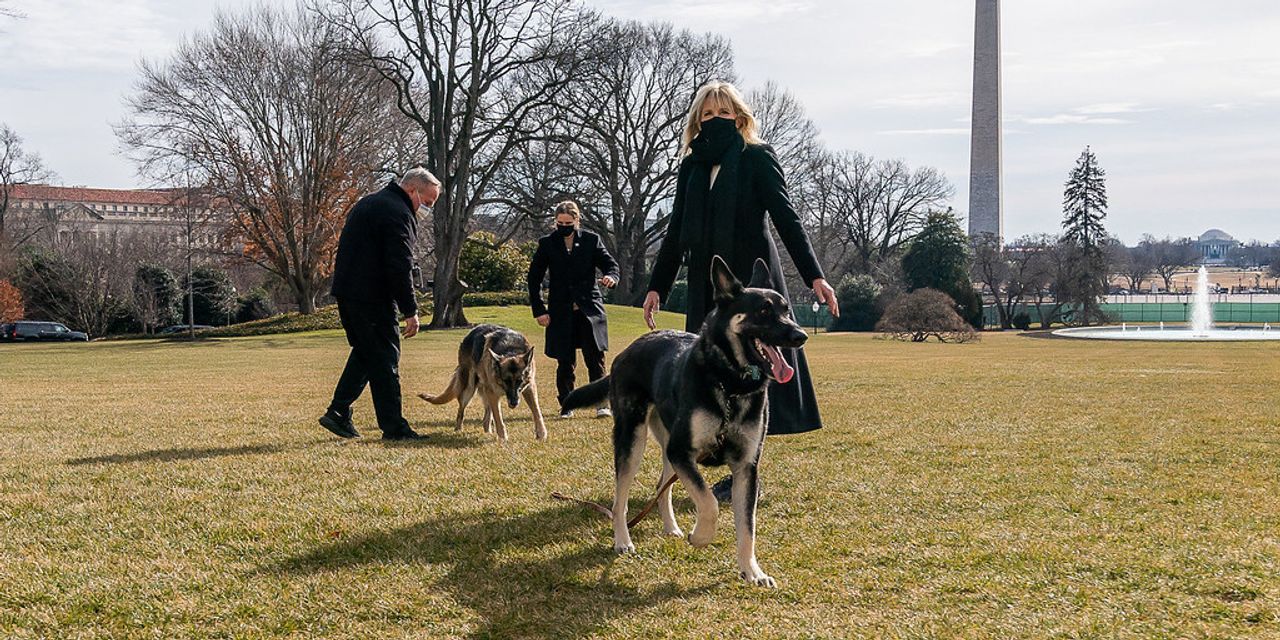 President Joe Biden’s German shepherds had tongues wagging on Tuesday over reports that they were sent back to the first family’s Delaware home after Major, who made history as the West Wing’s first rescue dog, allegedly bit a member of White House security. A picture appearing to show an empty dog bed leaning against a wall outside the White House also tugged at animal-lovers’ hearts; proof positive, it seemed, that Major was in the doghouse.

White House press secretary Jen Psaki confirmed on Tuesday that Major, age 3, was surprised by an unfamiliar person on Monday and “reacted in a way that resulted in a minor injury to the individual.”

She would neither confirm nor deny whether that individual was a Secret Service officer. The individual was treated by the White House medical unit, she said, with no further treatment needed.

Psaki also explained that Champ and Major are currently being cared for by family friends in Delaware, which had been “previously planned” while first lady Jill Biden travels to military bases this week.

“The dogs will return to the White House soon,” the press secretary added.

And they’ll have company in due time.

Many on Twitter TWTR, +6.36% rallied to Major’s defense on Tuesday, noting how stressful it can be for any dog to be thrust into a new environment, let alone a young rescue dog coming to the White House. This led Major, Biden and Delaware to trend on the social-media platform throughout the day.

And some called on Oprah Winfrey to sit and get Major’s side of the story, in line with her bombshell interview with Meghan and Harry that hit on Sunday.

“As pet owners we can’t totally relate to moving into the White House, but most of us can draw on at least some personal experience of our dogs not handling going to the vet’s office, or moving into a new apartment, or just coming home for the first time,” Lindsay Hamrick, the director of shelter outreach and policy engagement at the Humane Society of the United States, told MarketWatch. “Of course we certainly don’t ever want to hear about someone getting hurt, but we can sympathize with both the dog and the situation.”

She approved of giving the dogs some downtime away from the White House, whether the trip was planned or not. “I think it’s a smart move to bring them back to an environment where they were happy,” she added. “Letting them decompress back at home or someplace they’re used to is brilliant. I think that was a great decision.”

And for those worrying about Major’s fate, Psaki also assured the American people that “Major Biden is a member of the family,” and there are no plans to euthanize him.

“Champ and Major … are members of the family, are still getting acclimated and accustomed to their new surroundings and new people,” she said.