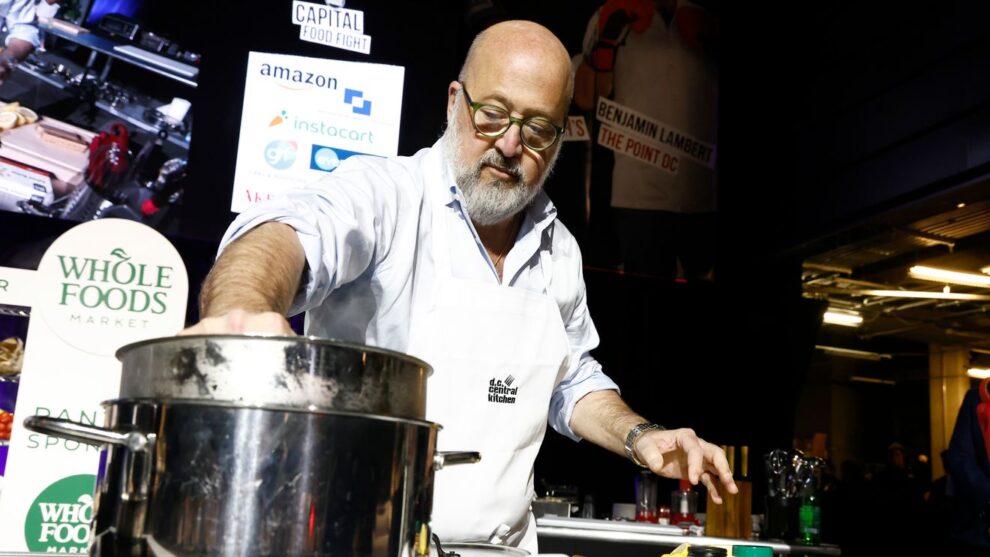 The TV personality has a wave of current projects, including a spice line, but says he'd gladly work in a restaurant kitchen for no pay. Read More... 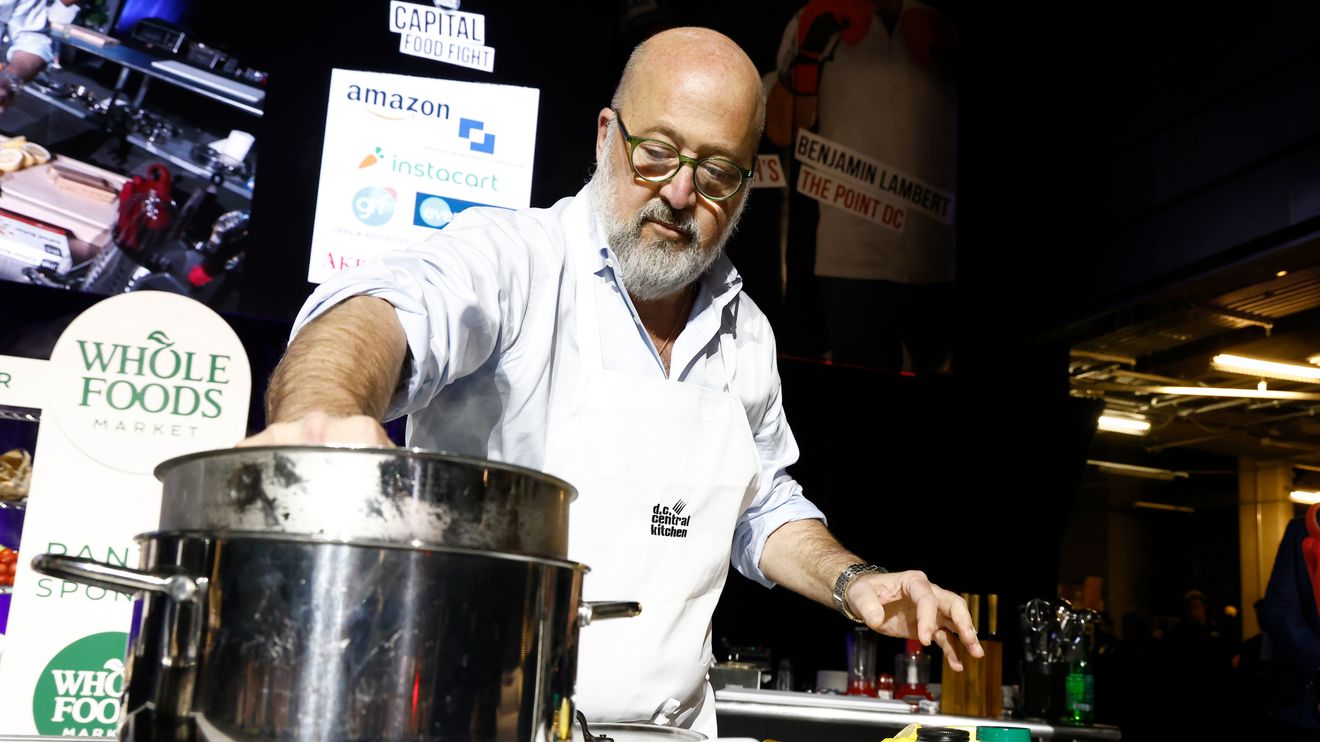 There’s more to Andrew Zimmern than his penchant for feasting on fermented sheep’s head or bamboo rats.

Yes, Zimmern has become famous for his “Bizarre Foods” Travel Channel program, which started airing in 2007. But his career has gone on to encompass a variety of pursuits, culinary and otherwise. He has been behind such series as “What’s Eating America” on MSNBC, “Family Dinner” on the Magnolia Network and “Andrew Zimmern’s Wild Game Kitchen” on the Outdoor Channel, and he’s a judge on “Iron Chef: Quest for an Iron Legend” on Netflix NFLX, +2.08%.   He is also the author of several books, including “Andrew Zimmern’s Bizarre World of Food: Brains, Bugs and Blood Sausage.” And he heads up his own media production company, Intuitive Content.

Oh, and if that’s not enough, he even has his own line of spices in partnership with the Badia Spices company.

A New York City native and experienced chef who now calls Minneapolis home, Zimmern, 61 years old, hasn’t always had it so easy. In his younger days, he was an alcoholic and drug addict and was homeless for a period. He’s been sober for 30 years, but he still speaks candidly about the struggles he faced and the need for rethinking addiction treatment in America.

MarketWatch recently caught up with Zimmern to talk about his life and career and some of the financial lessons he’s learned along the way. Here are edited and condensed excerpts from our conversation.

MarketWatch: You’ve done a remarkable job of continuing to reinvent yourself and keep yourself out there after the big success of “Bizarre Foods.” How have you been able to maintain the momentum and figure out what projects to pursue as life goes on.

Zimmern: Oh gosh. I think it’s more of a problem than it is a solution. I tend to say yes to everything, because so many things interest me. I’m sure I am in some way psychologically making up for my lost decade of the 1980s, where I was a very active drug addict and alcoholic. So in some ways I’m making up for that and I’m involved in too many things, but I find it really hard to say no to things that sound fun and fascinating. I like making TV. I like making books.

MarketWatch: Tell us a little bit about your current projects — for example, your spice line.

Zimmern: Again, making. I met Pepé Badia (of Badia Spices) in Miami, who is just an inspirational guy. We made a deal and I created five different spice blends that are all-purpose. My favorite one is the curry. It took the longest to get right. I’m as proud of (the) spice line as anything that I’ve ever done.

MarketWatch: You are proof that recovery from drug or alcohol addiction is possible. How do you think this country should tackle this addiction crisis we seem to perpetually be facing?

Zimmern: We need a national health program and we need to have public policy and laws that reflect what the worldwide medical community has known for 45, 48 years — that alcoholism and drug addiction is a disease.

Portland, Oregon, has one of the largest heroin problems per capita in the United States. When I made my MSNBC series, “What’s Eating America,” we did a story there and I was stunned at how well their diversion system works. In other words, homeless addicts that are on the street, if they’re thrown in jail do not get the help they need. A diversion program gives them access to treatment and housing and job training. If you sprinkle a human being with dignity and respect, the human being returns and the disease is diminished. When you throw someone in jail, that is not the case.

MarketWatch: What would you say is the best piece of financial advice you’ve ever been given?

Zimmern: My father’s. And I know it’s the most simplistic thing, which is live within your means and don’t accumulate debt. I have yet to encounter any piece of advice — business advice or financial advice — that is better than that. It is a constant boondoggle trying to separate my wants from my needs and yet at the same time, keep myself happy and not be a stingy curmudgeon.

MarketWatch: What are the things you will treat yourself to that would be considered a splurge?

Zimmern: Hotels. There’s nothing better than a good hotel. There’s nothing worse than a bad one. I love good hotels. I am the person who can defend the indefensible, which is, “Do you really need to go to the $2,000-a-night place in the Maldives?” It’s like, yeah, cause I want to sleep over the ocean on stilts in the place where there’s butler service and you don’t see as many other guests. I want to suck every bit of juice out of the Maldives fruit that I can.

Zimmern: Insurance is a good one because insurance doesn’t work right in America. I pay into a system for 10 years and then I go to use it and then six months later, something significant but small happens: I go to my insurance agent, (who says) “Oh, don’t file that because now that’s two claims in a year and your rates are going to go up. And I’m like but that’s why I’ve paid into it for 10 years!

Zimmern: It’s stuff from my childhood. I lost everything in my life when I went to (addiction) treatment — all my possessions — and a couple things got sent back to me by friends or family members who held on to stuff. One of the things that my stepdad sent me was he still had my original invitation to Studio 54 from 1977. It’s just one of those things. I have it in the guest bathroom downstairs in my current home.

I also have my grandmother’s salt jar that was her mother’s, I believe — we don’t know for sure, but we believe she got it from her mother. I use it every day and it’s one of the great joys. I never tire of looking at it.

MarketWatch: Do you think you’ll ever retire?

Zimmern: No. I’m going to die in the saddle doing something. Now, I may live longer than I think I will and just be unable to do it, but I would imagine I would find some local newsletter that would let me write a food column, for no pay. I mean I just can’t imagine not commenting on shit and giving my opinion and sharing stories. That’s what I do.

MarketWatch: A job you would do even if you didn’t get paid?

Zimmern: Radio. I miss it. I had a drive-time radio show called, “Afternoon delight with Andrew Zimmern.” I had to give it up because my TV stuff was taking me away from it too much. I absolutely love talking to people. I also miss (working in) restaurants. I mean right now, I have a pretty good day job with the TV gigs. There’s no way for me to cook in restaurants, but if I could get a job as a line cook one day a week somewhere and they said, “Well, we can’t pay you,” I’d say I don’t care. I’d come in, prep, do my stuff on the line, show the 25-year-old punks that grandpa can still cook his ass off and go home. I’d be very happy.

MarketWatch: What’s the most bizarre food you’ve ever tried?

Zimmern: There’s so many things that are so strange. I always go with the first thing that pops into my mind: enset, which is a phenomenally nutritionally beneficial bread that’s consumed mostly in East Africa and primarily in Ethiopia. (It’s) made by the pounding of palm roots into a paste. Then it’s enriched with a type of flour. Then they bury this dough in the ground for months and what emerges is streaked with a blue mold in it. Then it’s baked and it’s extremely dense and heavy. A loaf that looks like a standard bread loaf but it weighs about 10 pounds — I mean it’s insane. And you eat very thin slices of it. It has very little relationship to bread, as we think of it in the West, but it is a bread. And it’s filled with so many nutritional benefits, because that mold and those bacteria are so good for you. But it is to the Western palate almost an impossibility to choke down. But I ate it several times.

MarketWatch: I’ve heard you say that you have a real issue with oatmeal.

Zimmern: I won’t eat oatmeal. What a horrific, awful thing to do to such a glorious thing as an oat. To make a what I call jailhouse partridge out of it, what a horrific thing to do. What a horrible thing to subject children to, give them gruel for breakfast. I want eggs and a couple pieces of bacon and a glass of orange juice. Turn my oats into cookies with plump raisins.

MarketWatch: What’s a cuisine Americans should seek out more?

Zimmern: Americans eat cuisines of four or five countries. That’s it. I think food that people really are missing the boat on is everything from the eastern Mediterranean through central Asia. So from Croatia, go west. It’s just a lack of understanding, a lack of access. I mean when was the last time someone said to you, “Oh my gosh, there’s a new Uzbek restaurant!”