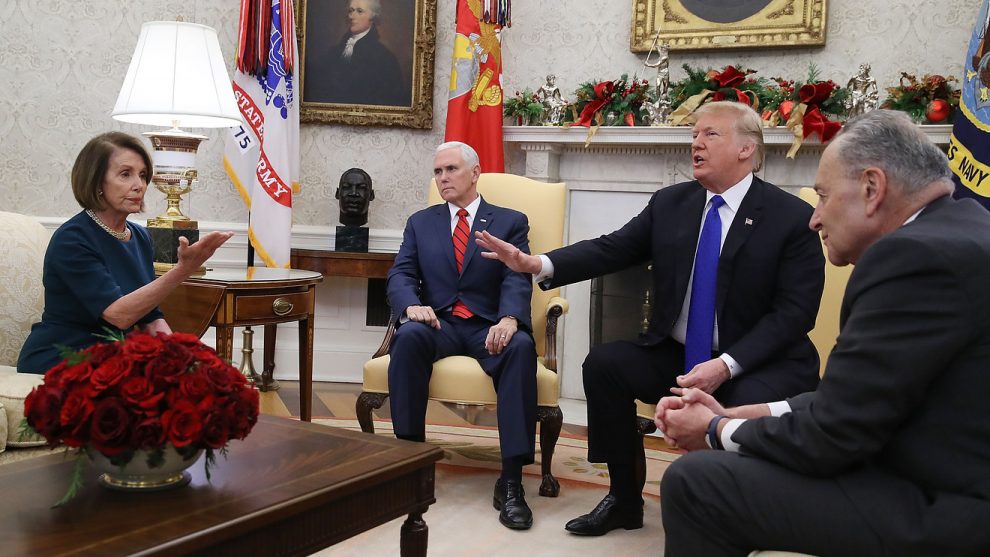 House Speaker Nancy Pelosi, describing a tense meeting in the Oval Office with Trump last year over the border wall and an impending government shutdown, said she can give as good as she gets. Read More... 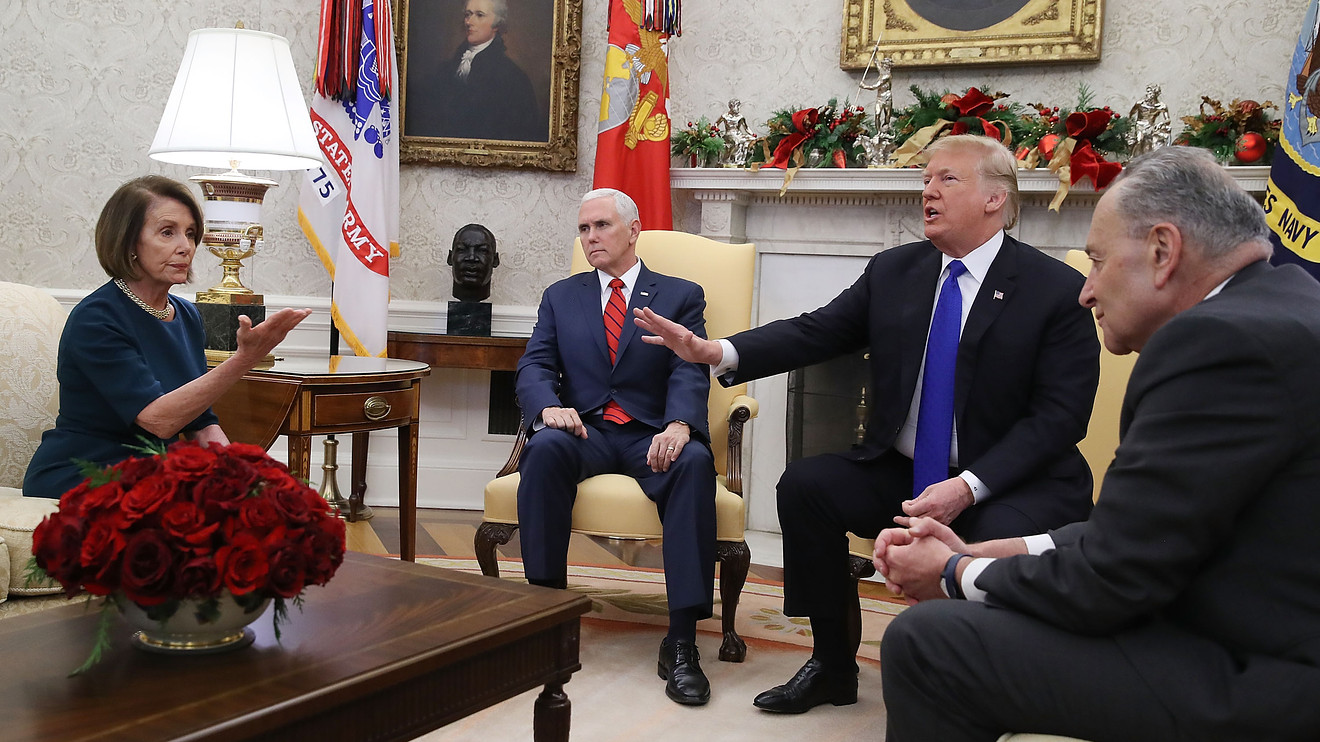 President Donald Trump’s not the only counter puncher in Washington.

House Speaker Nancy Pelosi, describing a tense meeting in the Oval Office with Trump last year over the border wall and an impending government shutdown, said she can give as good as she gets.

“They just have to know. You throw a punch, you better take a punch,” the California Democrat told CBS’ CBS, +0.04%   “60 Minutes” in an interview that aired Sunday.

In a political era marked by increasing polarization, Nancy Pelosi has built a reputation for not backing down to anyone – even her fiercest critics, “You throw a punch, you better take a punch.” https://t.co/WS03PnWDw6 pic.twitter.com/XCxM8S4aZe

Pelosi attended a photo-op in the White House on Dec. 11 with Trump and Senate Majority Leader Chuck Schumer that suddenly turned into a very public squabble in which the president challenged Pelosi on locking down a vote on her speakership because of possible defections from progressives in the party.

“You know, Nancy’s in a situation where it’s not easy for her to talk right now,” Trump said at the meeting.

“Mr. President, please don’t characterize the strength that I bring to this meeting as a leader of the House Democrats who just won a big victory,” she shot back at the commander-in-chief, referring to Democrats winning control of the House in the November mid-term elections.

CBS’ Lesley Stahl told Pelosi that she appeared to be one of the few people who stood up to Trump and won.

“No, people do. People do,” Pelosi said.

But this was televised, Stahl said.

“Well, that was his problem. In other words I tried to say let’s not have this conversation in the public domain because you’re saying things that we have to contradict because they’re not true,” Pelosi said.

“You’ve said, ‘If someone’s ripping your face off. You rip their face off,’” Stahl said.

“Oh yeah, I would do that,” Pelosi said.

The government shutdown on Dec. 22 and remain closed for 35 days over funding for a wall on the southern border.

Pelosi was elected speaker on Jan. 3.

The Margin: Tiger Woods wins the Masters, and Nike wastes no time in capitalizing on it
The Top 6 Shareholders of Facebook
Comment

Vodka, saunas and lockdown resistance: These countries are taking a different approach to the coronavirus pandemic — but is it working?

Internet retailers like Amazon are cutting delivery times. What about Wayfair?