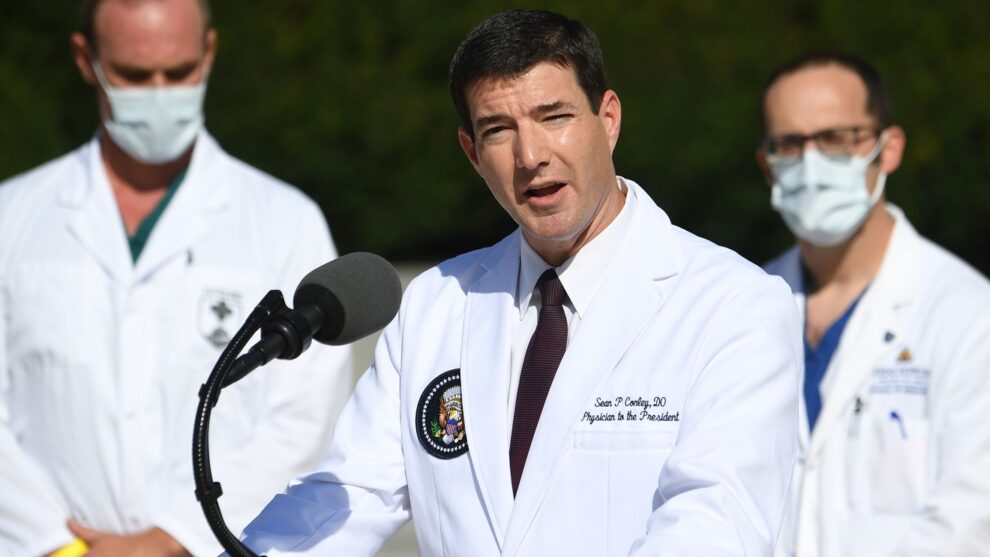 President Trump underwent a “televisit” of sorts on Fox News on Friday evening, his first on-camera interview since being hospitalized with the coronavirus, and admitted he “didn’t feel like how the President of the United States should feel.” Read More... 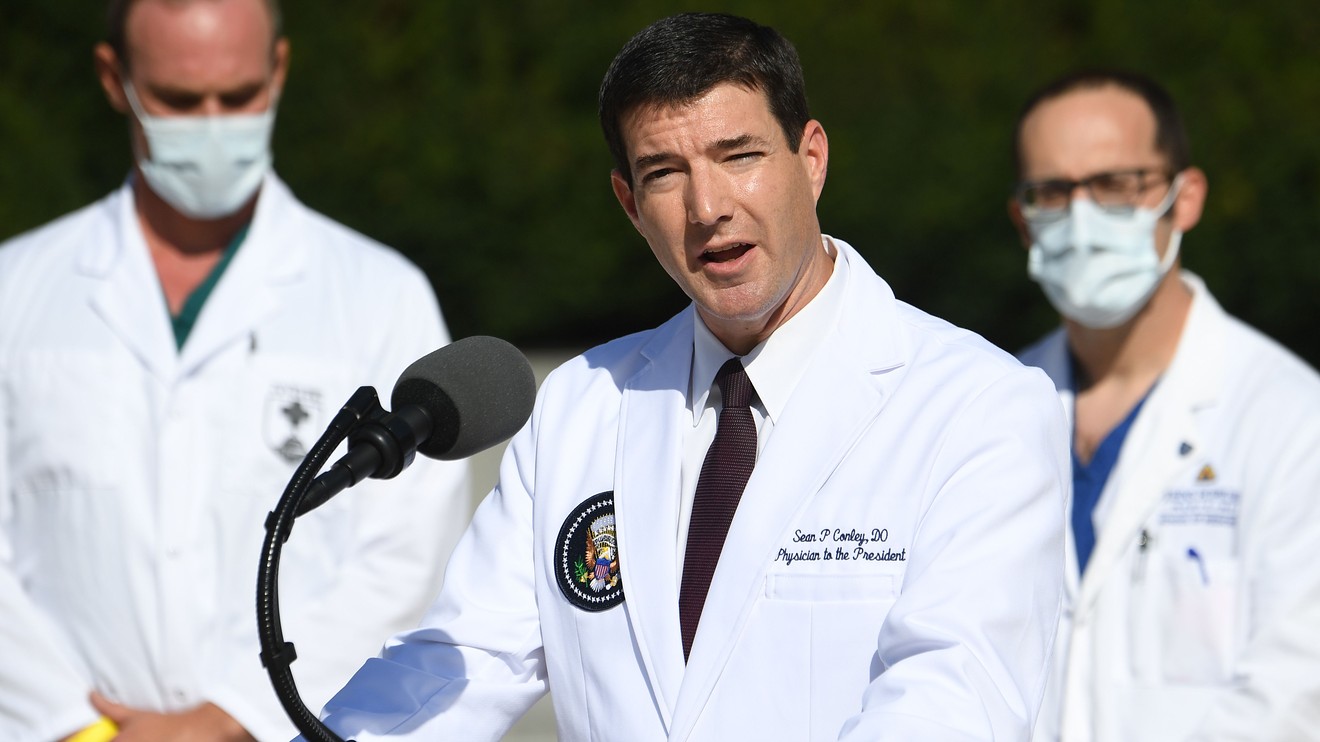 President Trump underwent a “televisit” of sorts on Fox News on Friday evening, his first on-camera interview since being hospitalized with the coronavirus, and admitted he “didn’t feel like how the President of the United States should feel.”

The commander-in-chief was pressed on his experience with the virus during a taped “medical examination” with Dr. Mark Siegel, a Fox News contributor.

“What were your two most prominent symptoms?” Siegel asked the president.

It was the president’s first televised interview since being diagnosed with COVID-19 exactly one week ago.

Trump spoke for the first time in intimate detail about his four-day stay at Walter Reed and described having a “sore throat” and feeling fatigued. He credited early action with his speedy recovery.

The commander-in-chief said he was no longer taking any medication after being treated with an experimental cocktail of drugs like Regeneron which are not yet approved for widespread use, but vowed to make them available for the American people.

Siegel pressed the president on scans of his lungs performed by doctors — the results of which have never been released.

“Initially it had some congestion in there but ultimately it tested good and with each day it got better,” he went on, without going into further detail.

On Thursday evening, White House physician Dr. Sean Conley said the president had completed his treatment and cleared him to return to his public duties.

The commander-in-chief, eager to get back on the campaign trail, has since announced a “law and order” speech in front of a crowd on the White House South Lawn and a comeback rally in Florida.

Siegel, 64, is an associate professor of medicine at the NYU Langone Medical Center and did not treat the president throughout his coronavirus ordeal.

The physician, who is a Fox News medical contributor, has also been criticized for his remarks on the pandemic after he claimed in March that there was “no reason to believe it’s actually more problematic or deadly than influenza.”

Siegel also called the World Health Organization — a UN body since condemned for failing to crack down on the origins of the plague in Wuhan, China — a bunch of “alarmists” and “saber rattlers.”

Siegel asked Trump where he thought he contracted the virus following a week of travel around the country. Earlier Friday, Dr. Anthony Fauci, the head of the government’s coronavirus task force called the Rose Garden confirmation of Amy Coney Barrett as Trump’s Supreme Court nominee as a “super spreader event.”

“They had some big events at the White House. I’m not sure,” the president said.

Weekend Investor: Financial markets have waited patiently for fiscal stimulus. That might change soon
Mark Hulbert: Wondering how much your Social Security check will increase next year?
Comment

Outside the Box: Why dividend income will evaporate in the post-coronavirus market