Nine of the 10 top spots are held by women, with the ‘Hunger Games,’ ‘Harry Potter’ and ‘Fifty Shades’ book series at the top Read More... 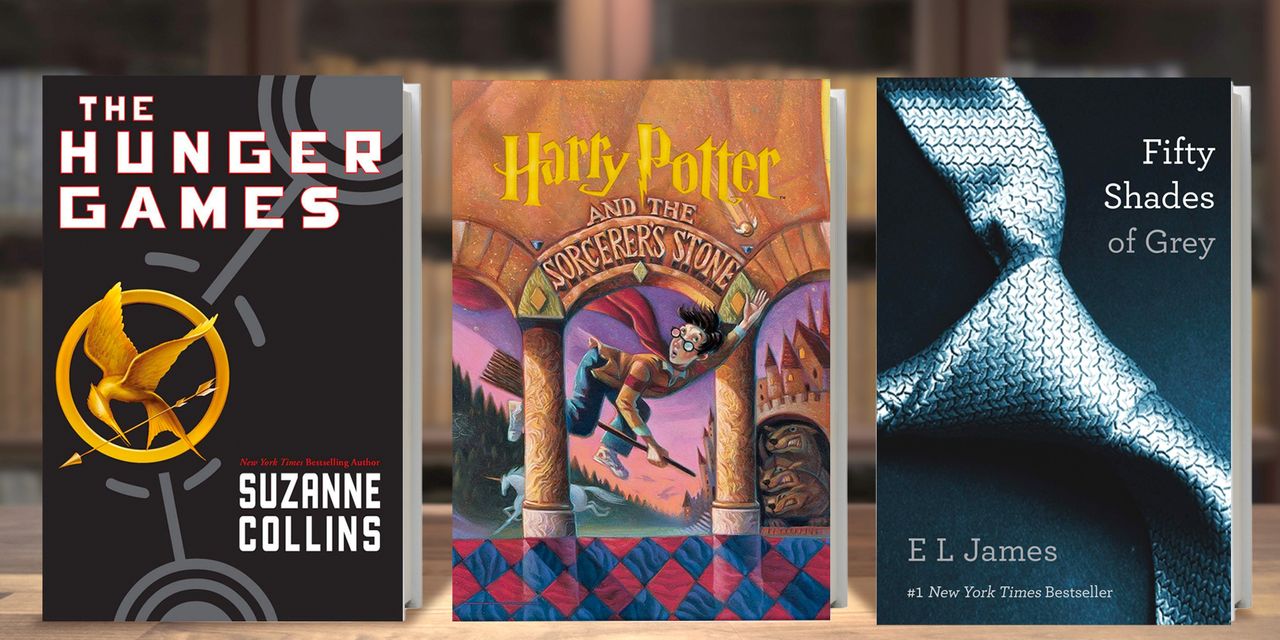 These women have the write stuff.

In honor of World Book Day on Friday, Amazon AMZN, +0.96% — which launched as an online bookseller way back in 1994, remember? — has released its list of the 50 bestselling books of all time in the U.S. And ladies dominate this literary chart, with nine of the 10 most sold books penned by women, including series and trilogies that have been adapted in blockbuster film franchises that have made billions of dollars.

Related: The $25 billion wizarding world of ‘Harry Potter’ by the numbers

More than 165 million copies of the “Fifty Shades” books have sold worldwide in 50 languages, as well. “They are certainly amongst the bestselling books of our lifetime. And she’s not done yet!” Dominique Raccah, CEO and publisher of Sourcebooks (which recently became James’s publisher of record) told MarketWatch.

The top 10 list is rounded out by Tim Rath’s iconic business title “StrengthsFinder 2.0,” which has sold nearly 10 million copies around the world in eight languages, including roughly seven million in the U.S., according to Gallup Press.  And while “The 7 Habits of Highly Effective People” didn’t crack the top 10, it comes in at No. 17.

BookWatch: No more Mozart? Americans’ streaming habits reflect what life will sound like after the pandemic

Margaret Atwood’s “The Handmaid’s Tale,” which has been adapted into a Hulu series, and Gillian Flynn’s “Gone Girl,” which was developed into a 2014 movie starring Rosamund Pike and Ben Affleck, also make the top 10.

Check out the Top 50 Bestselling Books of All Time on Amazon in the US, according to Amazon Charts.

36.   “Good to Great: Why Some Companies Make the Leap and Others Don’t,” Jim Collins

Mutual Funds Weekly: These money and investing tips can help you with stock and bond strategies to whip inflation

NewsWatch: How this couple retired to Spain’s gorgeous Andalusia region on about $40,000 a year — and you can, too