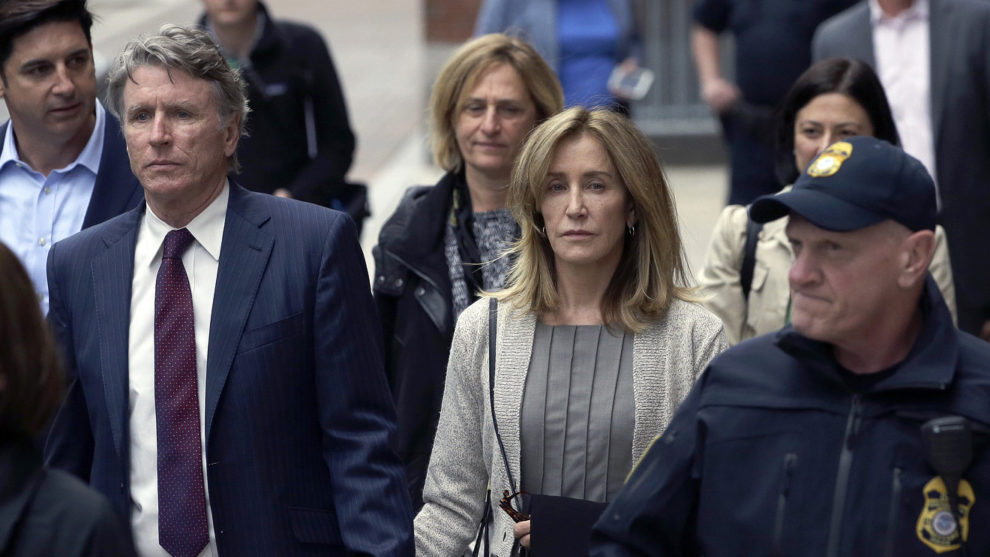 The ‘Desperate Housewives’ actress is due to be sentenced Friday for her role in the college-admissions scandal. Read More... 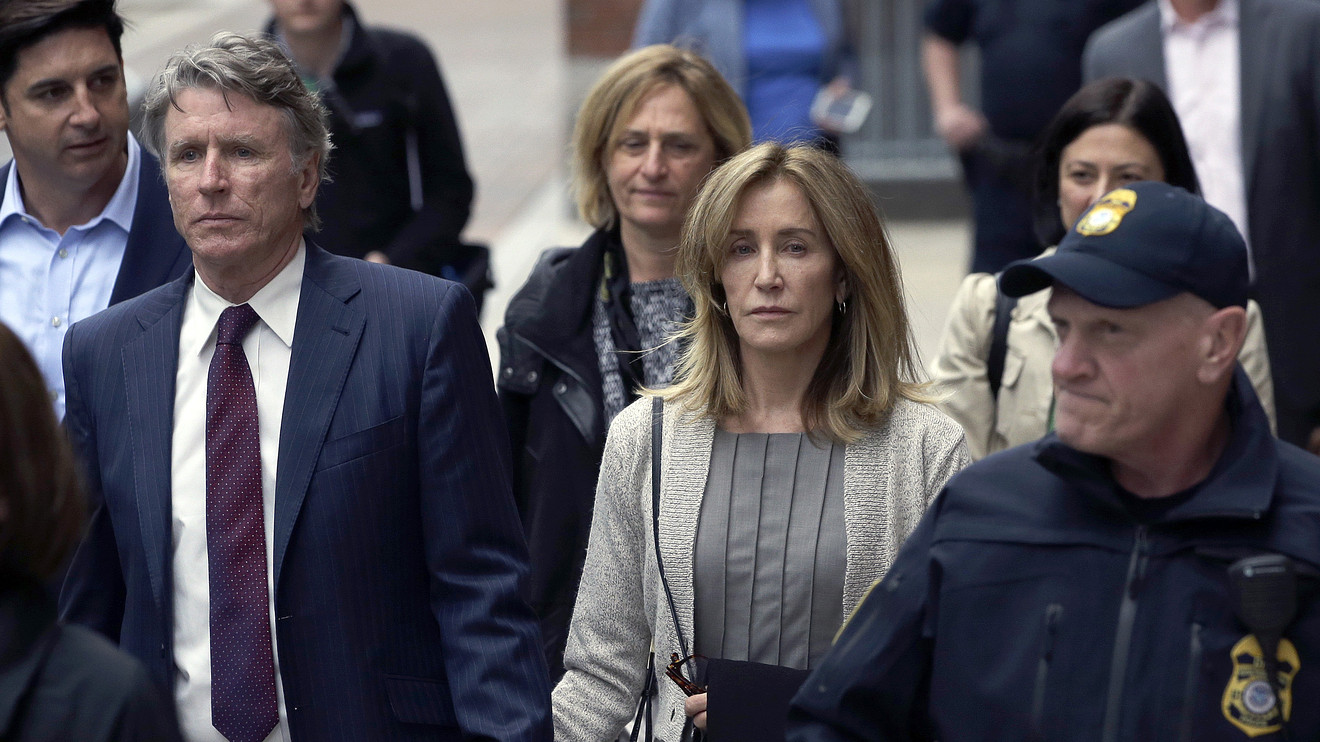 The college-admissions scandal touched a raw nerve across America.

It also revealed the dark underbelly of how wealthy families surreptitiously snag a place for their kids in Ivy League colleges. The accused parents allegedly broke the law, but it exposed the class divide between the wealthy and the reality for millions of Americans who work hard to get a place in college and/or struggle to help pay for their children to afford it.

The ‘Desperate Housewives’ and Academy Award-nominated actress, paid $15,000 disguised as a charitable donation for a stranger to sit a college entrance exam for her daughter.

Andrew Lelling, the U.S. Attorney for the District of Massachusetts, described the parents involved in the case as “a catalogue of wealth and privilege.” The parents in this case allegedly paid between $15,000 and $75,000 to a college counselor, William Rick Singer, to facilitate someone taking a standardized test on their child’s behalf.

Wealthy parents paid Singer $25 million from 2011 to 2018 to bribe coaches and administrators. They included Felicity Huffman. The “Desperate Housewives” DIS, +0.36%  and Academy Award-nominated actress, paid $15,000 disguised as a charitable donation for a stranger to sit a college entrance exam for her daughter. She pleaded guilty to a charge of conspiracy to commit mail fraud and honest services mail fraud.

Ahead of her sentencing Friday, Huffman wrote a 1,400-word letter to Massachusetts Federal Judge Indira Talwani. The 56-year-old mother of two wrote about her daughter’s learning difficulties, her fears about not being a good enough mother drove her to break the law. She has deleted here Twitter TWTR, -1.02%  account, which focused on the need to empower young women.

Her letter included many heartfelt admissions. “My own fears and lack of confidence, combined with a daughter who has learning disabilities often made me insecure and feel highly anxious from the beginning,” she wrote. Huffman said her daughter went to a public high school for the performing arts. She added, “I find Motherhood bewildering.”

She wrote, “But first let me say, I am concerned that in giving you context it will seem like I am offering you a justification. Please, let me be very clear; I know there is no justification for what I have done. Yes, there is a bigger picture, but ultimately it doesn’t matter because I could have said “No” to cheating on the SAT scores.”

Nowhere did Huffman talk about the young man or woman who would have been deprived of a place in a college due to her employing a stranger to take her daughter Sophia’s SAT.

If her letter doesn’t offer justification, it leans toward obfuscation. “I honestly didn’t and don’t care about my daughter going to a prestigious college. I just wanted to give her a shot at being considered for a program where her acting talent would be the deciding factor. This sounds hollow now, but, in my mind, I knew that her success or failure in theater or film wouldn’t depend on her math skills.”

Of course, cheating on math because she wouldn’t need math later on is not the point. However, her letter had one salient omission. Nowhere did Huffman talk about the young man or woman who would have been deprived of a place in a college due to her employing a stranger to take her daughter Sophia’s SAT. (Huffman said Sophia did not have any knowledge of the cheating.)

Before the college-admissions scandal, Huffman often wrote about the need to empower young women and girls, while posting a photograph of touring college campuses with her daughter Sophia. In one frequently cited tweet from Aug. 25, 2016, Huffman wrote, “What are your best ‘hacks’ for the back-to-school season?”

Other’s pointed out the real cost of wealthy parents who cheat to get their kids a place at an elite college. In one tweet, John Owen Lowe, son of actor Rob Lowe, posted a photo of his college graduation and wrote: “Still proud of this achievement. Happy for everyone out there who earned their accomplishments … and really sad for those who were never allowed the opportunity.”

Netflix Is Still a Binge Thinker