Companies are now reevaluating where work needs to happen, and how many days employees should be required to work. Read More... 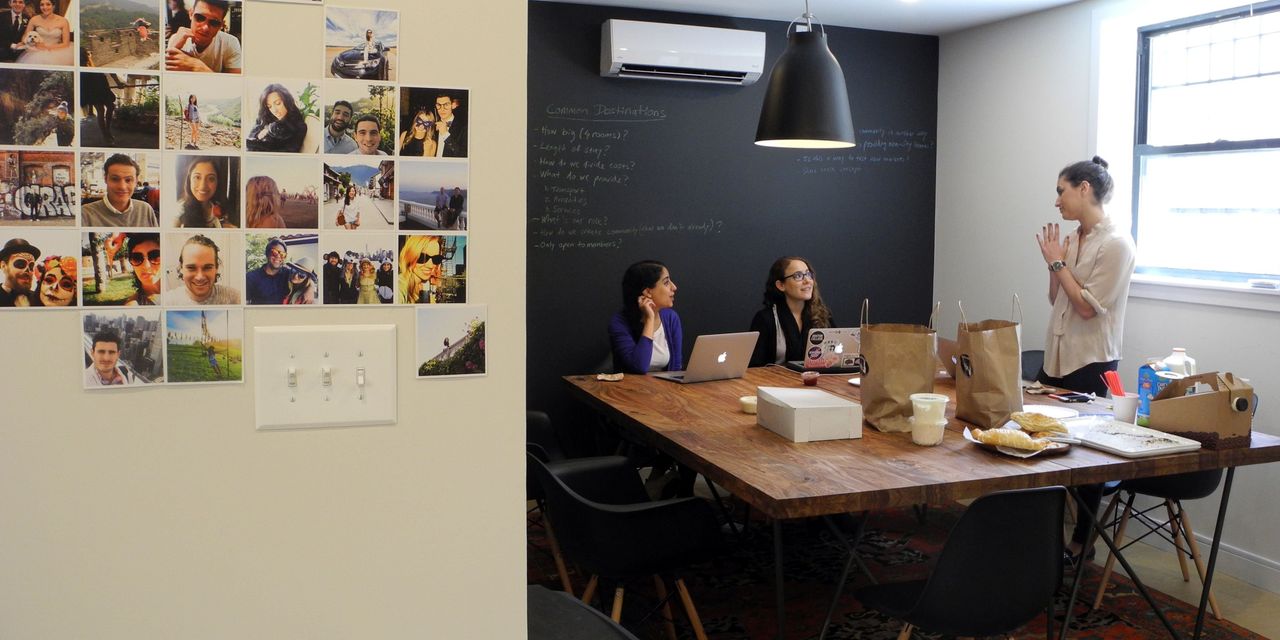 An office is no longer synonymous with conference rooms and cubicles. For many, it’s become synonymous with being at home with pets, family members or roommates during the pandemic, which helped make working from home the new norm for some workers.

Companies are now reevaluating where work needs to happen and how to draw the line between work and home. There’s also evidence that the pandemic has prompted companies to consider other changes, namely, shortening the workweek.

“As we build a future that is flexible, we see testing a four-day work week as a continuation of that spirit and intention,” he told MarketWatch in an emailed statement.

Unilever UL, +1.23% is currently six months into a 12-month long experiment in New Zealand that was offered to all 81 employees based in the country.

Nick Bangs, managing director of Unilever New Zealand, said when the company’s four-day workweek experiment was announced that momentum for a shorter workweek was growing in part because of “the COVID-19 upheaval of standard working practices,” according to Unilever.

“ ‘As we build a future that is flexible, we see testing a 4-day work week as a continuation of that spirit and intention’ ”

Evidence from a four-year experiment in Iceland may help convince Hasan, Bangs to make the policy permanent, and other corporate leaders to explore the option for their industry.

The experiment, which was conducted in two separate waves between 2015 to 2019, studied the effects of cutting back working hours from 40 hours a week to 35 or 36 hours a week, without pay cuts.

The results of the experiment, which captured the experiences of some 2,500 Icelandic workers from a wide range of professions including child-care, medical, and social work, suggest that workers are just as productive, and in some cases, more productive and happier on the job with a four-day workweek.

How did they get their work done? For starters, it’s much easier to work when you’re well-rested, which the majority of participants who were able to work four-day workweeks over the course of the experiment were.

In addition, some employers implemented new policies including “shortening meetings, cutting out unnecessary tasks, and shifts arrangements,” to ensure that workers would be able to do what is expected of them in a short period of time, Guðmundur Haraldsson of Alda and Jack Kellam of Autonomy, the authors of the report published Sunday, wrote.

“ ‘Many workers expressed that after starting to work fewer hours they felt better, more energized, and less stressed, resulting in them having more energy for other activities, such as exercise, friends and hobbies’ ”

— Guðmundur Haraldsson of Alda and Jack Kellam of Autonomy

“Across both trials, many workers expressed that after starting to work fewer hours they felt better, more energised, and less stressed, resulting in them having more energy for other activities, such as exercise, friends and hobbies,” they said.

While it may benefit young parents and attract millennials, the largest generation in the workforce, and Generation Z applicants, who appreciate the flexibility to work from home and/or shorter weeks, others say four-day workweeks also help baby boomers.

Richard Eisenberg, author of “How to Avoid a Mid-Life Financial Crisis,” said older workers also like a healthier work-life balance. “Four-day workweeks can be done in many ways, with varying hours,” he wrote in an opinion piece published on MarketWatch.

“For example, the 5-4/9 arrangement lets staffers alternate between weeks of five nine-hour days and ones with four nine-hour days, so you get a day off every other week,” he added.

“Many of them could use the free day to take their parents to doctor’s appointments or handle other eldercare duties, spend time with their grandkids, learn new skills and transition into retirement. Four-day workweeks can also let them cut their commutes,” Eisenberg wrote.

One question mark hovering over a four-day workweek: the prospect of lower pay. Some companies may use a shorter workweek to cut costs, and adjust to slower demand in the immediate aftermath of the coronavirus pandemic.

Pay cuts due to a shorter workweek would come at a difficult time for workers who face the end of a rent moratorium, and need to catch up on their mortgage after being furloughed or made unemployed during the public-health crisis.

For his part, Unilever’s Bangs said the jury is still out on the results at his company. “If we end up in a situation where the team is working four extended days, then we miss the point of this,” Bangs told Reuters last year before the experiment began.

“We have made no commitments beyond 12 months and beyond New Zealand. But we think there will be some good learning we can gather in this time,” Bangs added. (The company didn’t immediately respond to MarketWatch’s request for comment).

Microsoft MSFT, +0.82% reported a 40% jump in productivity during a month-long four-day workweek experiment that took place in Japan in 2019. During the experiment, the company capped meetings to 30 minutes.

Microsoft declined to comment on whether or not it has plans to make any permanent policy changes based on the results of the 2019 experiment.

Shake Shack SHAK, -2.35% also began testing four-day workweeks in 2018 and expanded it to 60 locations in 2019 (but only offered the option to some managers). Still, the company found that it led to a surge in job applicants, especially women.

Unlike Unilever and Kickstarter, the pandemic caused Shake Shack to rethink the experiment — ultimately choosing to put it on hold “as business operations shifted to prioritize the health and safety of employees and guests,” a company spokesperson told MarketWatch.

The experiment “remains on hold to date,” the spokesperson added.