Not even supply-chain worries can get a Tesla bull down, with analysts on Wall Street peeking under the hood of the electric car makers latest results and still liking most of what they see. Read More... 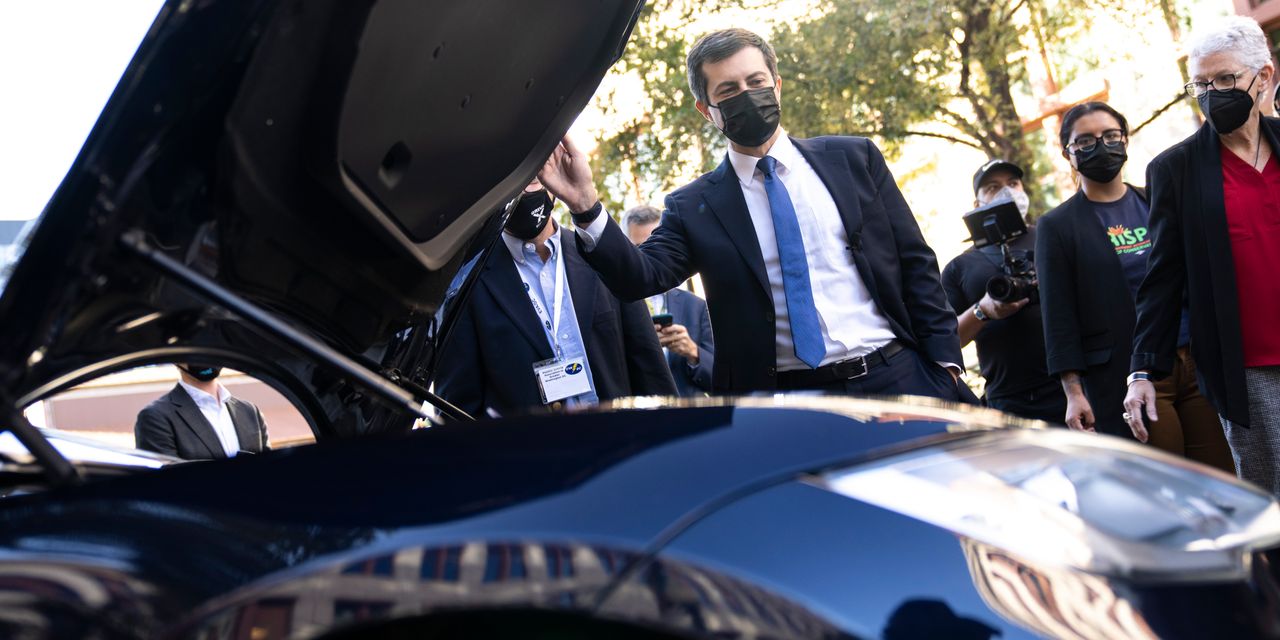 Not even supply-chain worries can get a Tesla bull down, with Wall Street analysts racing Thursday to upgrade their price targets following the electric car maker’s third-quarter results, which sent Tesla shares rallying.

Late Wednesday, the EV giant reported record third-quarter profit — $1.6 billion, or $1.44 a share — and sales — up 57% to $13.8 billion — but also cut language in its outlook that had kept it optimistic about 2021’s growth. In a refrain heard across many industries right now, Tesla complained of clogged ports and other supply-chain problems preventing its factories from running at maximum capacity.

Tesla’s hesitation resulted in some premarket selling, with shares down 1.3%, but by midday trading Thursday the stock was up nearly 4% and on pace to end at a record high. The stock traded as high as $899.00, its highest intraday level since Jan. 25, when it hit $900.40.

No less than a dozen analysts raised their price targets as of Thursday, according to FactSet.

Among those enthuistically greeting those results were Wedbush analysts Dan Ives and John Katsingris, who boosted their 12-month Tesla target to $1,100 a share from $1,000, maintaining an outperform rating. They see Tesla at the head of a “green tidal wave” that they expect will kick into gear in 2022.

Wedbush isn’t even the biggest bull on Wall Street, which goes to Elazar Advisors’ Chaim Siegel, who has a 12-month target of $1,591. Of the 41 analysts FactSet covers, eight have price targets of $1,000 or higher.

Pulling out more positives, Ives and Katsingris said the company’s adjusted EBITDA, or earnings before interest, taxes, depreciation, and amortization of $3.2 billion solidly beat the Street’s $2.79 billion estimate. That speaks to a “more profitable Tesla going forward which is key to a higher rerating on the stock,” he said.

“Tesla reported exceptional profitability as it continues to flex its operational chops by outperforming its industry peers in delivering strong volumes in an environment marred by supply-chain issues while improving profits to an all-time record,” said the pair in a note.

Opinion: Tesla’s earnings show is more cautious — and yes, boring — without Elon around

“After delivering another impressive quarter of cost leverage and posting EBIT margin above longer term ‘low-teen’ guidance, Tesla is reaching a juncture where it can better control balancing pricing, margin and affordability, especially if approaching a tipping point where software becomes a bigger contributor to the business model,” said a team of Jefferies analysts led by Philippe Houchois, who rate Tesla a buy with a price target of $950 per share.

Mizuho analysts Vijay Rakesh and Jason Gez lifted their Tesla price target to $950 per share from $825. Reiterating their buy rating, they said Tesla and rival NIO are “well positioned,” with secular growth in EV driving around 30% compound annual growth rate [CAGR] between 2020 and 2030, and Tesla noting its own 50% CAGR production target.

The post-results call without Chief Executive Elon Musk, who said in July he’d only be on the calls if Tesla a major announcement, was “less eventful,” RBC Securities Joseph Spak said in his note.

Spak raised his price target on Tesla shares to $800 due to “confidence in (Tesla’s) long-term trajectory,” but said near-term pressures include rising commodity costs and logistics costs and impact of labor shortages.

Bernstein analyst Toni Sacconaghi remained a Tesla bear, however, saying he continues “to struggle to justify (Tesla’s) valuation, which is higher than all other major auto makers combined and appears to imply huge volume AND industry leading profitability going forward, which is historically unprecedented.”

Sacconaghi rates the stock the equivalent of sell with a price target of $300, which implies a 65% downside over Thursday’s prices.

Even his bearish stance, however, didn’t prevent him from saying that Tesla “appears to have done an exemplary job managing through supply chain challenges in the quarter.”

: Chuck Reed warned of city services ‘insolvency’ after the Great Recession. He thinks the corona-crisis may be worse.