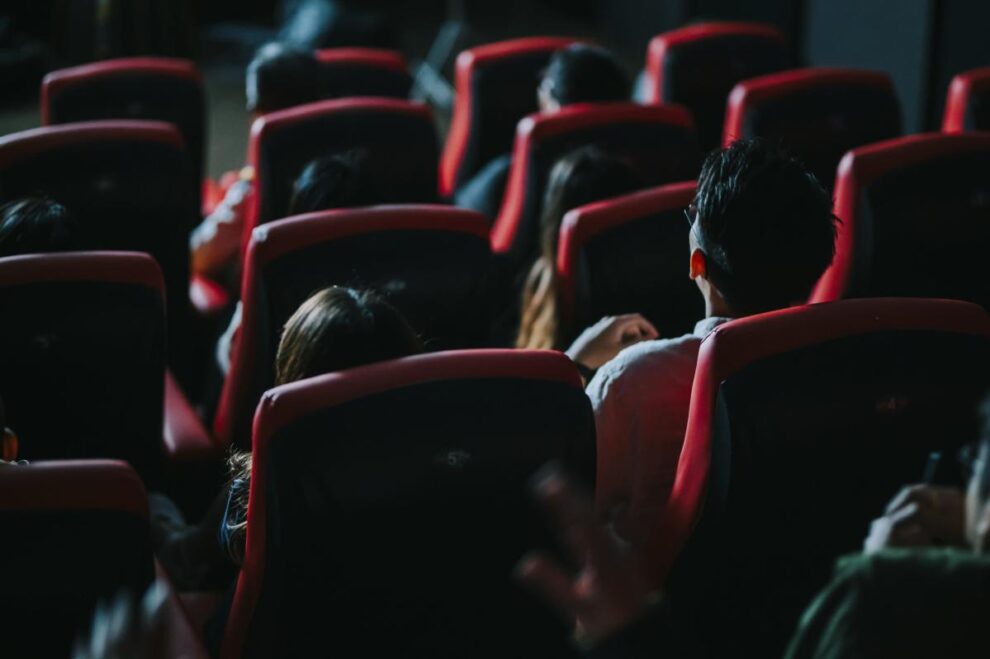 Movies are making a triumphant return in 2022, but theaters may have to work more with streaming services to keep the momentum going. Read More... 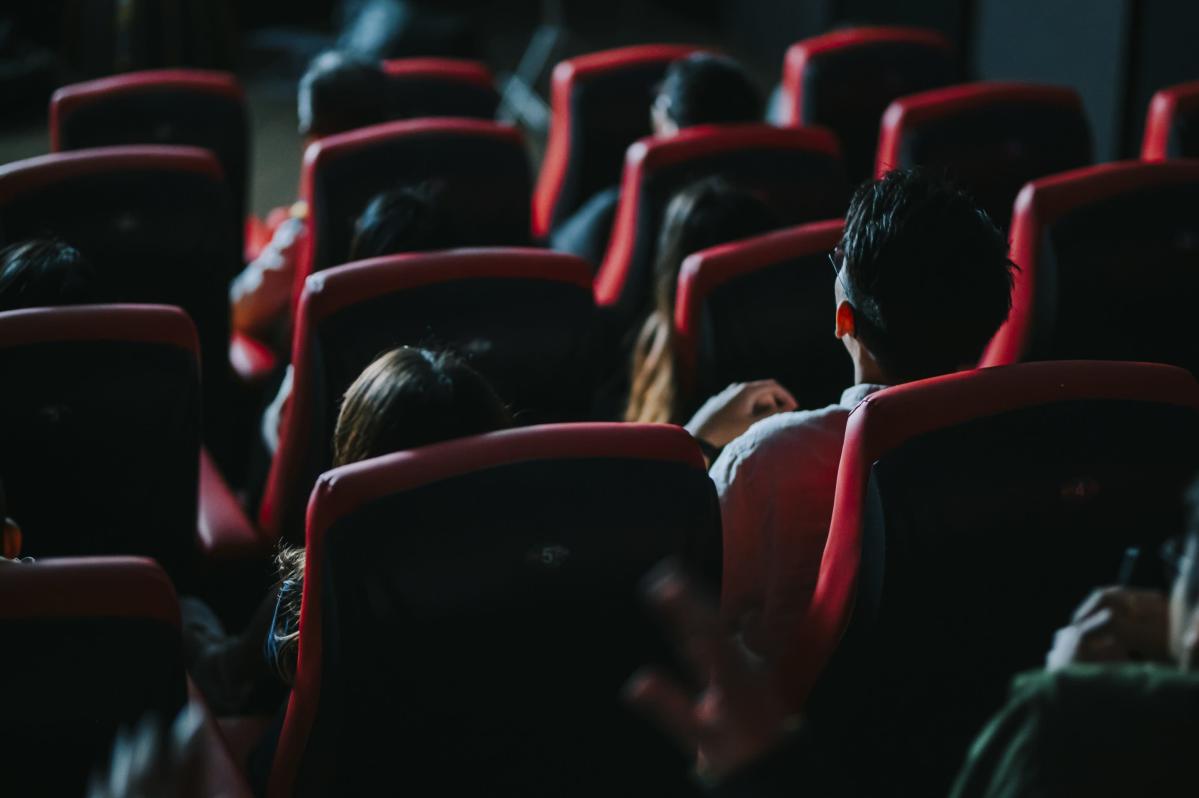 After a pandemic-induced two-year lull, movie theaters are starting to show signs of life again.

Between superhero blockbusters released this year including Spider-Man: No Way Home and The Batman, as well as hits like Top Gun: Maverick which smashed Memorial Day weekend records, the movie theater industry appears to have dispelled predictions of its imminent demise due to the pandemic-era popularity of streaming.

But despite recent movie theater successes, the industry likely won’t be the same it was before COVID hit the U.S, and streaming services like Netflix and Hulu captured the market.

The number of movies released to theaters are still well below pre-pandemic levels and sales are still 34% below 2019 heights. Movie theaters are hungry for content, even if it is produced by streamers. But streamers are experiencing their own troubles now. Streaming services are starting to run into a saturated market, and in their desperation for alternative revenue streams, are beginning to acknowledge that some titles cannot be emulated on the small screen.

To survive the post-pandemic era, movie studios and theaters might need to work together with the streaming world that almost killed them, by sharing content, release schedules, and creative talent.

“The takeaway from the past two years is that streaming and movie theaters can live side-by-side and that consumers want both,” Paul Dergarabedian, senior media analyst at media analytics firm Comscore, told Fortune. “Succeeding in this industry is going to be a lot about cooperation and mending fences between streamers and movie theaters.”

The movie industry was one of the first hit hard by pandemic-induced lockdowns in 2020, and for a time, recovery was near impossible.

Medical experts warned that confined and crowded theater rooms could be ideal vectors for the virus to spread, and some cinemas were the sites of large outbreaks.

The North American box office brought in $11.4 billion in 2019, a record high according to Comscore. In 2020, that figure had slumped to $2.2 billion, an 80% drop. And as revenues declined, new theatrical releases also fell, plummeting 66% between 2019 and 2020.The first COVID shutdowns in the U.S. put 120,000 people in the film industry out of work in March 2020, according to the International Alliance of Theatrical Stage Employees.

That’s where streaming services like Netflix, Amazon Prime, and HBO Max came in, showing movies that were never released in theaters, or sharing overlapping release windows as films were shown on both big and small screens simultaneously.

Theaters made a few feeble attempts at a comeback during the pandemic. Blockbusters such as the latest James Bond movie No Time to Die or the horror sequel A Quiet Place: Part II were both released in 2021 and performed well, but did not bring the rest of the industry with them as more COVID-19 waves hit the U.S., fueled by more virulent strains of the virus.

“That may just have been a one-off,” Dergarabedian said of A Quiet Place’s success, adding that the low number of big-ticket releases stamped out any excitement there might have been for the return of the movies. “It was hard to get the momentum building.”

But that isn’t the case anymore. Despite more COVID-19 variants and rising COVID caseloads,  big successes in 2022 with superhero movies and Top Gun—which also brought baby boomers back to theaters in numbers for the first time—means that the movie industry is charging ahead with a slate of blockbuster theatrical releases this summer.

“Today feels very different,” Dergarabedian said. “After really a devastating couple of years, movie theaters are rising like a phoenix and it’s starting to look like they’re back.”

Working with the enemy

Movies might be back, but movie studios seem to have learned some crucial lessons during the pandemic that will likely inform the way they do business going forward.

The movie theater industry’s recovery from the pandemic is not over yet, as global box office receipts in 2021 were still 48% below the average of the last three years before the pandemic, according to media analytics firm Gower Street.

As for streaming services, after two years of record growth during the pandemic, changing lifestyles and fewer people being stuck at home has brought some crashing down to Earth.  Netflix alone suffered its first subscriber loss in a decade and shed 70% of its value since shares hit a record high in October of last year.

To succeed in the post-pandemic world, streaming and theaters might need to work together. Luckily for both, they have plenty of recent experience in doing so.

Big pandemic-era blockbuster movies, including Dune and The Matrix: Resurrections, were both released in 2021 in theaters and on the HBO Max streaming service. These movies were not produced by the streamer, but experts say that the dual release model could become an increasingly popular and mutually beneficial option for movie theaters in need of content, and streaming services in need of good marketing.

“The prestige and exclusivity of having a movie first in the theater has a halo effect on the movie itself,” Dergarabedian said. “By the time it gets on a streaming platform, it’s going to be much more coveted.”

Even before the pandemic, streaming services were producing Oscar-nominated films, including Netflix’s The Two Popes and The Irishman, which both enjoyed limited theatrical releases before settling into their home on the streaming platform. Some high-profile directors, including The Irishman’s Martin Scorsese, even refused to do the movie with Netflix unless a theatrical release window could be negotiated.

Now, Netflix is reportedly considering running more of its movies in theaters for up to 45 before bringing them to streaming, in a bid to improve profits and attract more directorial and acting talent.

Theaters looking to boost their content as moviegoers return to cinemas appear to be willing to bring in more streamer-produced movies as well. AMC CEO Adam Aron already said in April that the chain would “love to show Apple movies and Amazon movies and Netflix movies in our theaters,” adding he was in active discussions with all three companies over future partnerships.​​

“Our doors are open to give broader play to Netflix movies,” John Fithian, CEO of the National Association of Theater Owners, said in April. “We’d love to play more of their movies.”

“The big lesson is that big-screen movies have to go theatrical first with some sort of window,” Dergarabedian said. “What streamers are learning is that if you want to get in on the power and prestige of the movie theater experience, you somehow have to figure out the formula to make that all work.”