In the process, the S&P 500 and Nasdaq Composite have maintained notable support matching the November peaks — S&P 3,646 and Nasdaq 12,244 — amid a still comfortably bullish intermediate-term backdrop.

As illustrated, the S&P is digesting the early-December break to record highs.

The prevailing range has been underpinned by major support matching the November peak (3,646), detailed previously.

The index briefly tagged a record high Monday — by a narrow six-point margin — before reversing to close near session lows.

Against this backdrop, the Nasdaq Composite COMP, +0.67% has rallied from major support.

Recall that Friday’s session low (12,246) registered nearby to punctuate a successful retest.

On this wider view, the Nasdaq is digesting a decisive late-year breakout. The initial rally encompassed seven record closes across a nine-session span.

Separately, the Dow has maintained a posture atop the 20-day moving average, currently 29,854, a widely-tracked near-term trending indicator.

More broadly, the relatively tight December range is a bullish continuation pattern. A near-term target continues to project to the 30,700 mark.

Meanwhile, the S&P 500 is also digesting a break to record highs.

In fact, the S&P 500 and Nasdaq Composite have both maintained their first notable support matching the November peak — S&P 3,646 and Nasdaq 12,244. (See the hourly charts.)

Moving to the small-caps, the iShares Russell 2000 ETF is also digesting a December break to record territory.

The shallow mid-December pullback has been underpinned by the breakout point and the 20-day moving average.

Placing a finer point on the S&P 500, the index is consolidating a late-year rally to record highs.

The prevailing range has been underpinned by major support (3,646) on a closing basis.

Tactically, additional support holds in the 3,588-to-3,594 area, levels matching the September peak and late-November gap.

Against this backdrop, the S&P 500’s late-year consolidation phase — a sideways chopping around period — remains underway. The index is digesting a rally to record territory.

But broadly speaking, the prevailing backdrop supports a bullish intermediate-term bias barring a violation of the areas detailed above. Last-ditch support currently spans from about 3,530 to 3,550.

Technically, the group has knifed to all-time highs, rising from a December flag-like pattern.

More broadly, the prevailing upturn punctuates a double bottom — defined by the September and November lows — levels roughly matching the 200-day moving average. An intermediate-term target projects to the 162 area.

As illustrated, the shares have rallied to the range top, rising to tag a nominal seven-week high.

The upturn punctuates a relatively tight range — and has been fueled by a volume uptick — laying the groundwork for a potentially more decisive breakout. Tactically, an intermediate-term target projects to the 574 area, closely matching the record peak (575.37).

More broadly, the shares are well positioned on the four-year chart, rising from a continuation pattern hinged to the steep early-2020 breakout.

Conversely, the 20-day moving average is followed by the breakout point, circa 136.50. The prevailing rally attempt is intact barring a violation.

As illustrated, the shares have spiked to record territory, rising amid optimism over the pending delivery of its new heavy-duty fuel cell trucks.

Though near-term extended, the strong-volume spike is longer-term bullish, and the shares are attractive on a pullback. Tactically, gap support (149.05) is followed by the breakout point (144.60).

Late last month, the shares gapped to record territory, rising after the company’s strong third-quarter results. The subsequent pullback places the shares 7.1% under the November peak.

Tactically, the bottom of the gap (101.68) closely matches the 50-day moving average, currently 101.70. The prevailing uptrend is firmly-intact barring a violation. 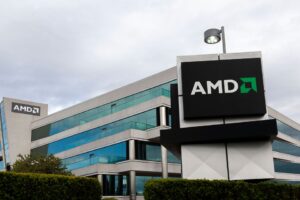 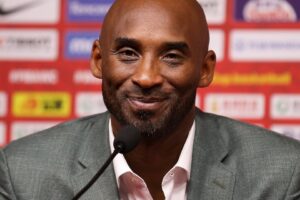 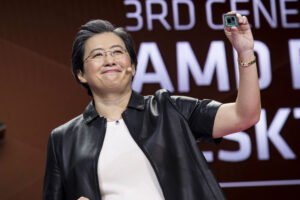 Virtual body doubles are part of Amazon’s plan to keep you out of clothing stores
In One Chart: Two words that define the relentless bull market as a reckoning takes shape
Comment

Outside the Box: Have nothing saved for retirement? Follow the ‘austerity’ solution

The Conversation: 4 things you can do to help kids cope with upheaval from coronavirus quarantines