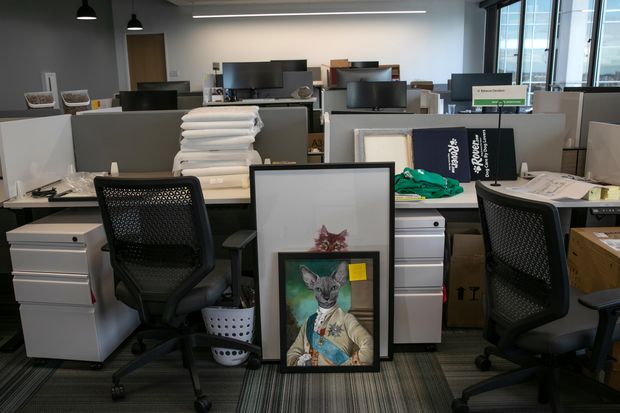 Many of the recent social and economic ills that have been exposed as millions of people start to work from home could be solved by taxing those people in the future, one bank analysis argues. Read More...

Should remote workers be taxed?

Those who work from home are getting a free ride, argues a new analysis from Deutsche Bank, and the economic ills that have been exposed by the sudden migration of roughly half the workforce to their living rooms rather than offices should be partially offset by a tax.

“The sudden shift to WFH means that, for the first time in history, a big chunk of people have disconnected themselves from the face-to-face world yet are still leading a full economic life,” wrote strategist Luke Templeman. “That means remote workers are contributing less to the infrastructure of the economy whilst still receiving its benefits.”

We’re all familiar with the “infrastructure” Templeman refers to. Huge swathes of downtown office real estate sit empty, along with their computer networks and utility hook-ups. Transportation systems designed with double the farebox revenue in mind are in serious financial distress.

On the other hand, the benefits to those workers able to do their jobs from home are quite large, Templeman argues.

“WFH offers direct financial savings on expenses such as travel, lunch, clothes, and cleaning”, he said. “Add to these the indirect savings via forgone socializing and other expenses that would have been incurred had a worker been in the office. Then there are the intangible benefits of working from home, such as greater job security, convenience, and flexibility. There is also the benefit of additional safety.”

See: The ‘work-from-home’ ETF is here. Get ready for some surprises.

While some people may bemoan “forgone socializing,” rather than counting its loss as a plus, there are a few work-from-home downsides that Templeman does acknowledge, including caring for family. Still, he notes, most workers must see the costs and benefits as he does, because most express a desire to continue working fro home at least part of the time, even when it’s no longer necessary.

How would such a tax work?

Templeman envisions it being paid by employers who choose to economize by asking their workers to stay home, rather than pay for a seat at an office, and by employees who are offered such a seat but opt to stay home instead. It would not apply to “the self-employed and those on low incomes,” he adds, and would not apply when people are asked to stay home for a public health emergency or other reason, like in 2020.

As for the amount, Templeman writes, “If we assume the average salary of a person who chooses to work from home in the US is $55,000, a tax of five per cent works out to just over $10 per working day. That is roughly the amount an office worker might spend on commuting, lunch, and laundry etc. A tax at this rate, then, will leave them no worse off than if they had chosen to go into the office.”

According to Templeman’s calculations, it would raise $48 billion per year. He proposes it be used for a very specific purpose – to give grants of $1,500 to the 29 million workers who cannot do their jobs from home and who make less than $30,000 a year: “Many of these people are those who assumed the health risks of working during the pandemic and are far more ‘essential’ than their wage level suggests.”

That’s a fair point, although it is unclear how much good a $1,500 one-time grant would do for such workers. And even this tax is likely to draw criticism, he acknowledges.

“Some will argue against the tax. They will say that engagement with the economy is a personal choice and they should not be penalized for making that decision,” Templeman wrote. But he remains convinced change must come. “As our current society moves towards a state of ‘human disconnection’, our tax system must move with it.”

See: These small-business owners are still making it work, coronavirus and all

Analyst: It’s ‘nearly impossible’ for AMC to survive COVID-19 without a strategy shift
The Ratings Game: Beyond Meat and McDonald’s haven’t confirmed their work on the McPlant, which one analyst finds ‘extremely strange’
Comment

The Gross Law Firm Announces Class Actions on Behalf of Shareholders of VMW, MESA and SERV

AB InBev sees worse ahead, with some improvement in China