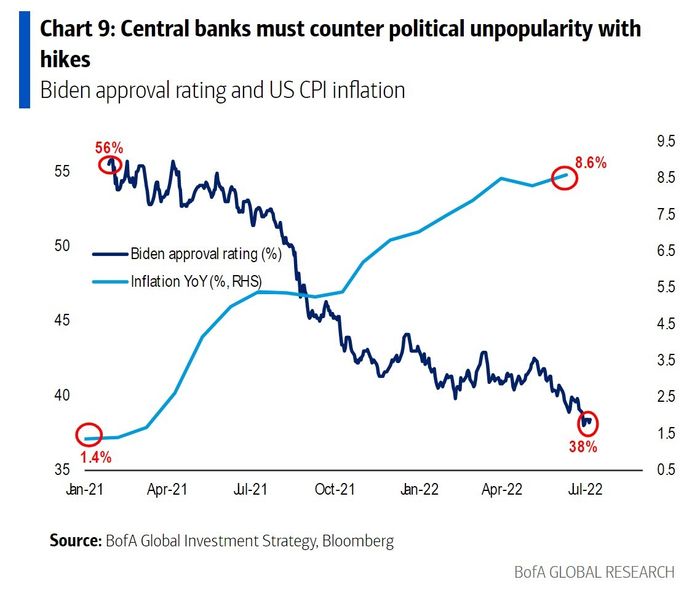 Hartnett said bear markets end with either a recession or an event that causes the Federal Reserve to reverse its tighter monetary policy. And right now, that event hasn’t occurred.

He says it’s too early for the market to be pricing in interest rate cuts next year — some 75 basis points, according to futures markets — and the inflation forecast by the Fed for the PCE price index to decelerate to a 2.6% rate is “very ambitious.”

The second half of the year is likely to be one of slowing economic growth and rising interest rates, with risks of a credit shock or credit event high — pointing to danger spots including emerging market debt, European real-estate bonds, venture capital and bitcoin.

He’s more upbeat on commodities, saying nominal GDP — that is, GDP including rather than excluding inflation — is too strong to call an end to the commodity bull market, short of Russia ending its invasion of Ukraine.

The price action of 2022 is very close, he says, to the stagflationary 1974 and 1975, in terms of both relative performance and the price action of stock indexes. The investment backdrop is also the same, with bear markets in stocks and bonds, oil shocks, food shocks, monetary policy instability, fiscal policy indiscipline, industrial unrest, civil unrest and war.