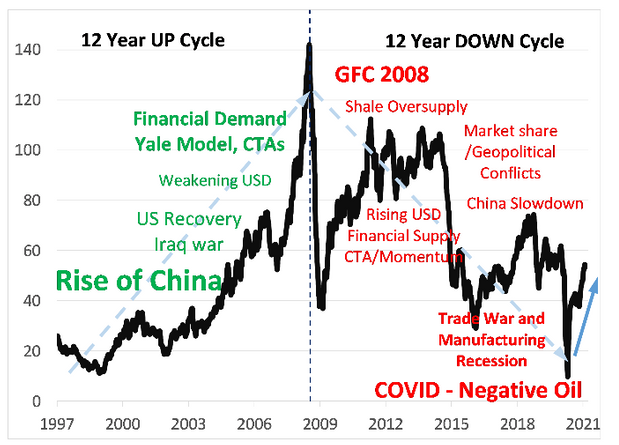 A new commodity 'supercycle' has started, according to Marko Kolanovic, the highly regarded quantitative analyst at JPMorgan. Read More...

A new commodity ‘supercycle’ has started, according to Marko Kolanovic, the highly regarded quantitative analyst at JPMorgan.

The commodity upswing, and oil CL.1, -0.72% move in particular, has started, and will be driven by the post-pandemic recovery, ultraloose monetary and fiscal policies, a weak dollar DXY, +0.02%, stronger inflation, as well as the impact of environmental policies on demand and supply.

“We believe that the tide on yields and inflation is turning, which will pose a major risk to multiasset portfolios,” he added.

This will be the fifth so-called supercycle of the last 100 years, following the one that began in 1996 and peaked in 2008, he said.

Like the last one, financial flows may exacerbate the moves in commodities, he added.

3 Growth Stocks that Could Be the Next 10-Baggers
: KPMG boss stands aside after telling staff to ‘stop moaning’ and ‘playing the victim’ about COVID work conditions
Comment

Roku (ROKU) Gains As Market Dips: What You Should Know

The Conversation: Dwindling population and disappearing jobs is the fate that awaits much of rural America