U.S. Treasury rates may have yet to peak after surging this year, but higher yields have made bonds more attractive in tumultuous markets as investors face a likely recession next year, according to Vanguard Group. Read More...

U.S. Treasury rates may have yet to peak after surging this year, but higher yields have made bonds more attractive in tumultuous markets as investors face a likely recession next year, according to Vanguard Group.

“It’s been tough being a fixed-income investor for the last few years,” with investors struggling a couple years ago to find yield as many parts of the bond market had negative rates, said Jeff Johnson, Vanguard’s head of fixed-income product, by phone. “Today, the good news is that yields are much more attractive, but the process of getting there has been pretty painful and it’s involved a big decline in bond prices.”

Vanguard said in its active fixed-income perspectives report for the fourth quarter that “the most prudent approach is to focus on a core allocation to higher-quality securities that are less sensitive to a weakening global economy.”

Investors have been fretting over the Federal Reserve potentially triggering a recession by aggressively raising interest rates in its effort to tame high inflation.

“Most, if not all, credit markets are more attractive today than they were at the beginning of the year” from a valuation standpoint, said Michael Chang, Vanguard’s head of high-yield credit, by phone. Fundamentally, though, investment-grade corporate bonds would better withstand a recession than high-yield, or so-called junk, bonds, he said, adding that Vanguard also prefers moving up in quality within high-yield debt.

The sector’s 9.5% yield and average dollar price of $85 indicate that it’s cheap relative to history, Vanguard’s report shows, but corporate borrowers of high-yield bonds are considered risky as their heavier debt burdens make them more vulnerable to default during economic downturns.

Elevated market volatility has meant “more dispersion and better entry points in select lower-quality bonds,” providing a potential complement to a core allocation to higher-quality securities, according to the report. While credit spreads over comparable Treasurys “have room to widen further,” Vanguard said “the extra income can better absorb market turbulence.”

The actively managed Vanguard High-Yield Corporate Fund Admiral Shares VWEAX, -0.60% has tumbled 12.2% this year through Oct. 18 on a total return basis, according to FactSet data. That compares with a 15.7% loss for the Vanguard Core Bond Fund Admiral Shares VCOBX, -0.80%, which actively invests mainly across the U.S. investment-grade market, including Treasurys, corporate bonds and mortgage-backed securities, FactSet data show.

Volatile fixed-income markets have prompted many investors to reposition some of their portfolios into “very conservative cash-like vehicles” such as money-market funds or “ultra-short” duration bonds that have less price volatility, said Johnson.

But that’s probably not where they’re going to remain invested for a long period, as sitting in cash, money markets, and ultra-short bonds is unlikely to meet return expectations required by many investors over the long term, he said.

Broad, diversified exposure to fixed income at a low cost is going to do “a better job of protecting your portfolio in keeping up with inflation over time than a short-term, cash-like position,” according to Johnson.

Treasury yields have surged this year as the Fed tightens its monetary policy.

The inversion between the 2-year and 10-year Treasury yields, with the shorter-term rate trading above the longer-term one, “has some investors spooked, as many believe it’s an early sign of a recession,” said Vanguard.

“Recent history, however, has shown that bond investors have done well in the two years after an inversion has occurred,” the asset manager’s report shows.

Elsewhere in fixed income, “a knock-on effect of higher Treasury rates has been a dramatic increase in mortgage rates, which recently hit 16-year highs of near 7%,” said Vanguard. “As a result, housing affordability has plummeted, and a huge majority of mortgage borrowers can no longer benefit from refinancing their existing loan.”

Valuations of mortgage-backed securities have become “more attractive, but a drop-off in investor demand warrants a selective approach,” the firm said.

Meanwhile, yields in the bond market have “blown past” the S&P 500’s dividend yields, providing an alternative to stocks, a chart in Vanguard’s report shows.

Read: Why stock market investors should wait for the 10-year Treasury to ‘blink’

But the Fed’s battle with high inflation isn’t over, with investors expecting another large rate hike from the U.S. central bank as it aims to bring the soaring cost of living under control.

“Policymakers have made it abundantly clear that little else matters until price stability is attained, which means near-term volatility is likely,” Vanguard said. “We are not confident that we have seen the peaks in U.S. Treasury rates.” 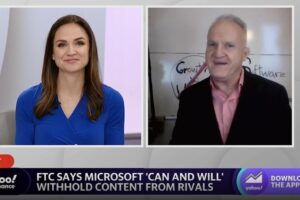 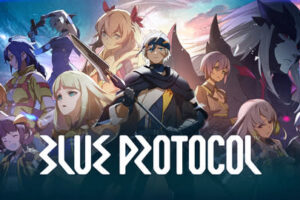 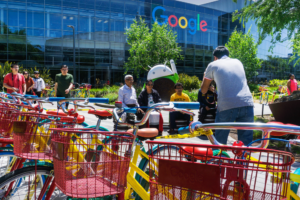