Retirees fall into four camps, says research from Age Wave and Edward Jones, and the largest group is distressing to see. Read More...

We hear a lot about how prepared (or ill-prepared) people are for retirement. But what’s life really like for people in retirement?

A fascinating new survey from the Age Wave research and consulting firm and Edward Jones, a financial services company—“Longevity and the New Retirement”—asked retirees. I’m sorry to tell you that the results were somewhat troubling.

The researchers asked 4,870 U.S. and Canadian retirees to describe how they were faring and then grouped them into four categories. The greatest percentage (31%) fell into what Age Wave and Edward Jones call the “Regretful Strugglers” camp.

“They are the least prepared for retirement and overall feel the least positive about life,” the report said.

Only 46% of the Regretful Strugglers retired when they chose to do so. Members of this group only started saving for retirement at age 42, on average; roughly half took early withdrawals from their retirement accounts. They’re struggling not just with finances, but with finding purpose in retirement.

And, the study said, of all the retirees, the Regretful Strugglers were the “most anxious, isolated, and disappointed with their lives.”

At a webinar discussing the study’s findings, Age Wave chief executive and co-founder Ken Dychtwald said: “More than any other group, they feel life dealt them a bad hand. They feel the good life, and a resourced life, in retirement is out of their reach.” And, he added, “they’re having a really rough time of it.”

The second biggest retiree group (26%) are the ones Age Wave and Edward Jones call “Relaxed Traditionalists.” Most of them retired when they chose to and they’re feeling pretty comfortable. The Relaxed Traditionalists are pursuing what the researchers call “a more traditional version” of retirement, relaxing and enjoying life.

They’re not, however, very interested in trying new things or reinventing themselves — which I think are among the keys to a fulfilling retirement or, if you’re working part time in retirement as I am, a fulfilling unretirement.

By contrast, the Purposeful Pathfinders (23% of the retirees surveyed) rate themselves the happiest, most fulfilled and most liberated retirees. “They’re the best prepared; they want to volunteer and go back to school,” said Dychtwald.

The vast majority of Purposeful Pathfinders (89%) retired when they chose to do so. Most said they’re “in great shape financially.” That’s partly because they started saving for retirement earlier than the other groups — at age 34, on average.

Finally, there are the “Challenged yet Hopefuls,” who comprise 20% of the surveyed retirees. Like the Purposeful Pathfinders, they’re leading active lives and are focused on self-improvement. But the researchers say “insufficient financial preparation” has made their retirement “constrained, uncertain, and worrisome.”

They didn’t start saving for retirement until 45, on average. Nearly three-quarters of the Challenged yet Hopefuls say they have financial catching up to do.

“Some of them think they may need to go back to work or sell their homes or not do what they dreamed of,” said Dychtwald.

Five months into my own unretirement, I’m fortunate to consider myself lucky enough to be a Purposeful Pathfinder. That’s partly because of the ways I prepared for this stage of life and what I’m trying to do in it — learning new things, staying engaged and volunteering. (Age Wave and Edward Jones say the first two years of retirement are the “liberation/disorientation” stage.)

If you’re retired, I’d love to hear which group you’re in and why. And if you’re nearing retirement, which group do you think you’ll be in and why? Please email me.

One more concerning finding from this new study: Very few of the 2,030 preretirees surveyed have thought a great deal about some of the keys to a fulfilling retirement. “They don’t feel very prepared for the four pillars of life in retirement: family, purpose, finances and health,” said Edward Jones senior investment strategist Mona Mahajan.

Clearly, the report said, “most preretirees have a lot to do to improve their retirement readiness.”

Similarly, 54% of the retirees surveyed said they wish they’d planned better for the nonfinancial aspects of retirement — like where to live, how to spend time and what to do with their lives.

Incidentally, the highly successful retirees surveyed shared five habits: they actively maintain their health; they are more socially engaged; they have a clearer sense of purpose; they’re more involved with their financial strategy and management and they’re willing to course-correct again and again to achieve their retirement dreams.

As the report notes: it’s never too late to develop those habits. 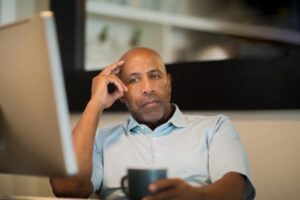 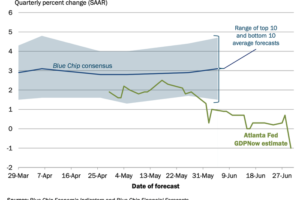 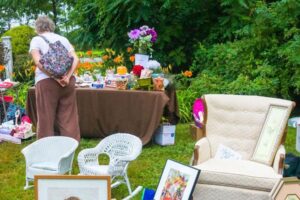