"This mandate is unconstitutional, unlawful, and unwise,” according to the lawsuit, which was filed in the Eighth U.S. Circuit Court of Appeals, based in St. Louis. Read More... 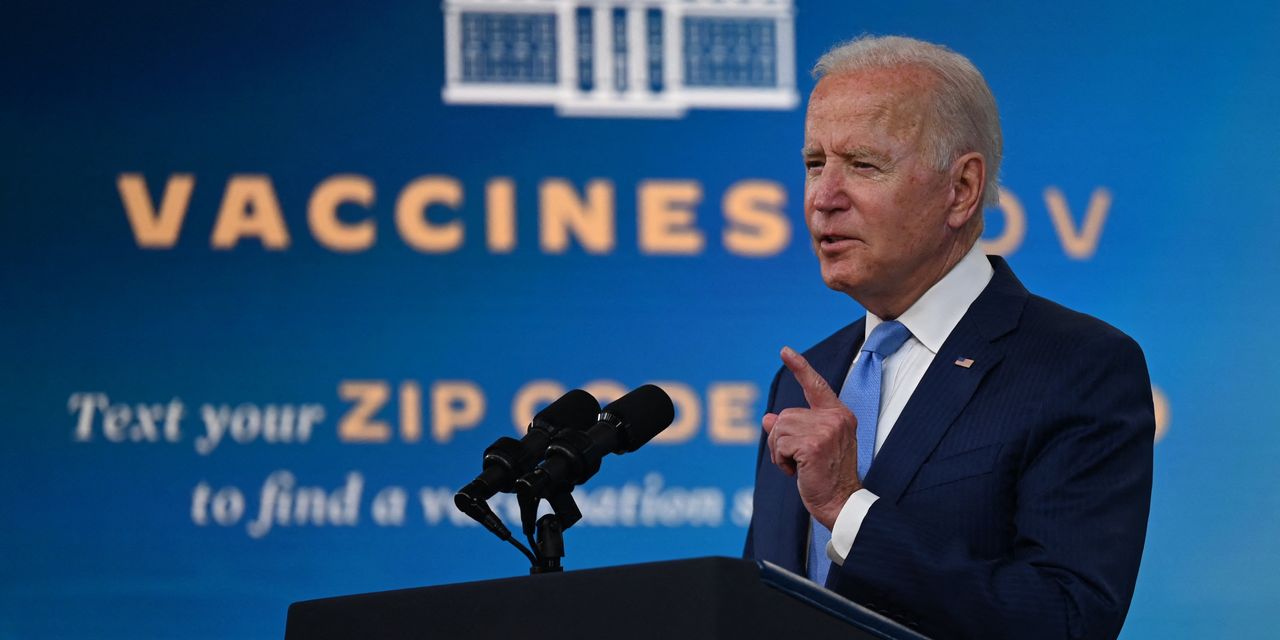 Attorneys general in 11 states are suing the Biden administration to try to stop new rules that require employers with more than 100 workers to ensure their employees are vaccinated against COVID-19 or get a weekly test.

The attorneys general, 10 Republicans and one Democrat, said in a lawsuit filed Friday that the mandate will hurt businesses and worsen the already tight job market. They also argued that the federal government doesn’t have the authority to issue the requirements.

“This mandate is unconstitutional, unlawful, and unwise,” according to the lawsuit, which was filed in the Eighth U.S. Circuit Court of Appeals, based in St. Louis.

See: Biden’s vaccine mandate for companies with 100-plus employees to take effect Jan. 4

The White House, when asked for comment on the lawsuit Friday, pointed to a Thursday news conference with deputy press secretary Karine Jean-Pierre, who said the administration has the authority to issue the new rules. She also said the requirements, which cover more than 80 million workers, would keep Americans from dying and get more people back to work.

An expanded version of this report appears at WSJ.com.

Read on: Federal vaccine requirement is ‘necessary,’ says worker advocacy group, while Biden concedes he wishes it hadn’t been

: Are early wage access products a worker-friendly innovation — or are they loans that need regulation?

Will Snapchat Return to User Growth in 2019?