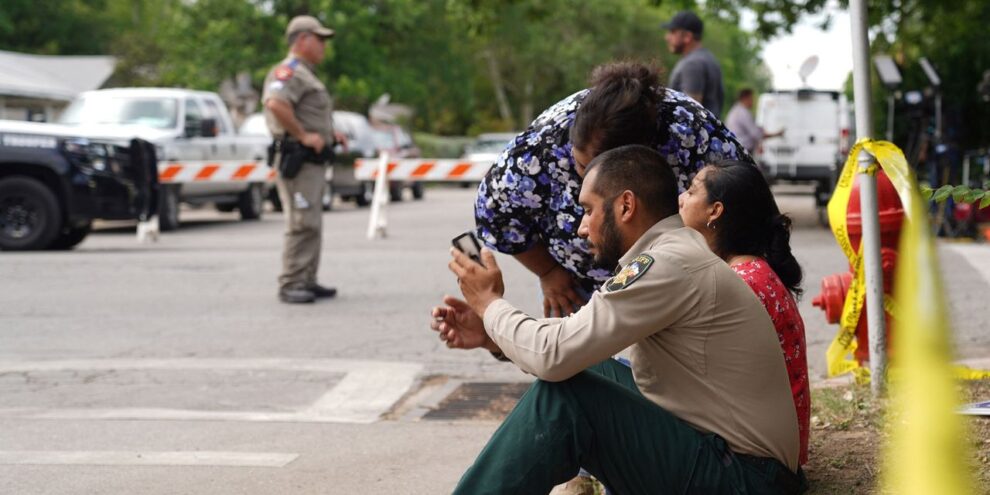 America has a mental-health crisis and it also has a gun problem. But are the two related? Read More... 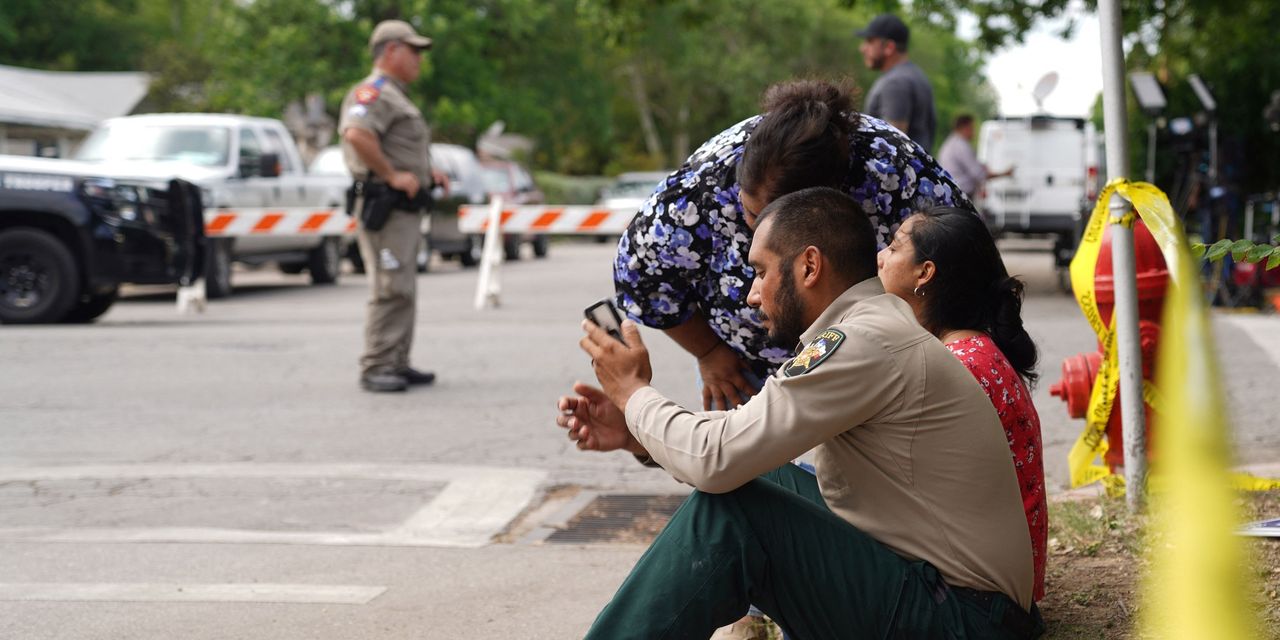 The unthinkable has become horribly predictable.

On Tuesday afternoon, an 18-year-old gunman opened fire at Robb Elementary School in Uvalde, Texas, about 85 miles west of San Antonio, killing at least 19 children, two adults, and injuring others.

It was the deadliest shooting at a grade school in the U.S. since a 20-year-old gunman killed 20 first-graders and six educators at Sandy Hook Elementary in Newtown, Conn., on Dec. 14, 2012.

Uvalde is located between San Antonio and the Southern border, and has a large Mexican-American population. The official site for the city describes it as “at the crossroads to hill country.”

Once again, lawmakers, mental-health professionals, gun-control advocates, the National Rifle Association and people across the land are searching for answers, and debating gun-control laws — or lack thereof — in the United States.

“We have to be very careful how we talk about the link between the two,” he said. “When it comes to folks with mental-health issues these public-health strategies are important because they often involve the victims themselves.”

“‘Increasingly, we are seeing people who are frustrated, angry and hateful and using firearms to take that out on a particular group.’”

— Cassandra Crifasi,  Deputy Director of the Center for Gun Violence at Johns Hopkins

Cassandra Crifasi, an associate professor in the Department of Health Policy and Management at Johns Hopkins Bloomberg School of Public Health, said there is a distinction between a diagnosable mental-health issue and other problems.

“Increasingly, we are seeing people who are frustrated, angry and hateful and using firearms to take that out on a particular group, and taking that out on a group of individuals through mass violence,” she told MarketWatch.

Bluntly linking mental health to gun violence can stigmatize the former. Look at it another way: More than 50% of people will be diagnosed with a mental illness or disorder at some point in their lifetime, according to the CDC.

Clearly, not everyone with mental-health issues are carrying out mass shootings. To put that in context: One in five Americans will experience a mental illness in a given year. But could you really say that those who commit mass shootings are in a stable emotional or mental state?

Few details are known about Uvalde shooter’s state of mind, motivations or whether he was motivated by anger and/or hate, Crifasi said. “As for someone who would commit mass shootings as happened today, folks would agree that there is something wrong with that person,” she added.

But she said trying to parse apart the motivations and mental health of the shooter distracts from the more useful actions Americans can take to prevent another suicide or homicide by a shooting — and especially in a school.

Those factors include requiring a license to buy a firearm, and right-to-carry laws in certain states that give people the right to carry concealed handguns outside of the home without a permit, or with a permit issued by a state.

“‘I think we can all agree that a person with a serious mental-health problem should not have access to a gun.’”

— Jacquelyn Campbell, a national leader in research and advocacy on domestic violence

“Gun violence is definitely a huge driver of increasing homicides, including mass shootings, all over the country,” said Jacquelyn Campbell, an academic nurse known for her research on domestic violence and violence against women.

She cites “the alarming increase in gun purchases over the last few years, in part driven by the pandemic but also in part driven by gun manufacturer and NRA marketing and perceptions of lack of public safety.”

People who do have serious mental-health problems and/or anger-management issues, or deep frustration with their lives or the world, or other undiagnosed crises come from both affluent and disadvantaged communities, she said.

But prevention can also start at home. “I think we can all agree that a person with a serious mental-health problem should not have access to a gun. That’s where ‘red flag’ laws come into play,” she said.

Sathya agrees that the latest tragedy speaks to the need for responsible gun ownership and access. “How do you improve safe storage so that those who might be at imminent risk to self or others don’t have access to a weapon?”

“Leakage,” Crifasi said, involves a disturbed or potentially disturbed person saying things about a desire to harm other people, and/or posting such thoughts or intentions on social media, or simply just telling others.

A witness would then alert authorities to that person’s possession of a firearm, or intention to buy one. “That responsibility will lie on teachers, physicians, social workers, families, friends,” Sathya said. “Families are often the first people to notice issues.”

Red-flag laws have been enacted so far in 19 states and the District of Columbia. They can play a role in preventing mass shootings, a study published in 2019 in the Annals of Internal Medicine suggests.

“‘People with mental-health issues are more likely to be victims than perpetrators.’”

Researchers conducted a preliminary analysis of the impacts of California’s ERPO statute, under which ERPOs are called gun-violence restraining orders, or GVROs, implemented in January 2016.

They detailed 21 cases in which a GVRO was issued after a person “had made a clear declaration of intent to commit a mass shooting” or exhibited behavior suggesting as much, and had or would soon gain access to firearms.

“In these cases, GVROs allowed for immediate intervention to reduce firearm access, in most instances because of timely reports from threatened parties and members of the public,” the researchers wrote.

As always, the authors added an important caveat to their findings. “It is impossible to know whether violence would have occurred had GVROs not been issued, and we make no claim of a causal relationship.”

Campbell added: “Texas laws are not as strong as they might be about checking for prohibitions against gun ownership from those with felony convictions or domestic violence convictions or protective orders.”

The 18-year-old gunman in Uvalde is suspected of shooting his grandmother before embarking on the shootings. She is reportedly in critical condition. The shooter was killed by law enforcement.

The National Rifle Association did not respond to a request for comment.

(Meera Jagannathan contributed to this report.)