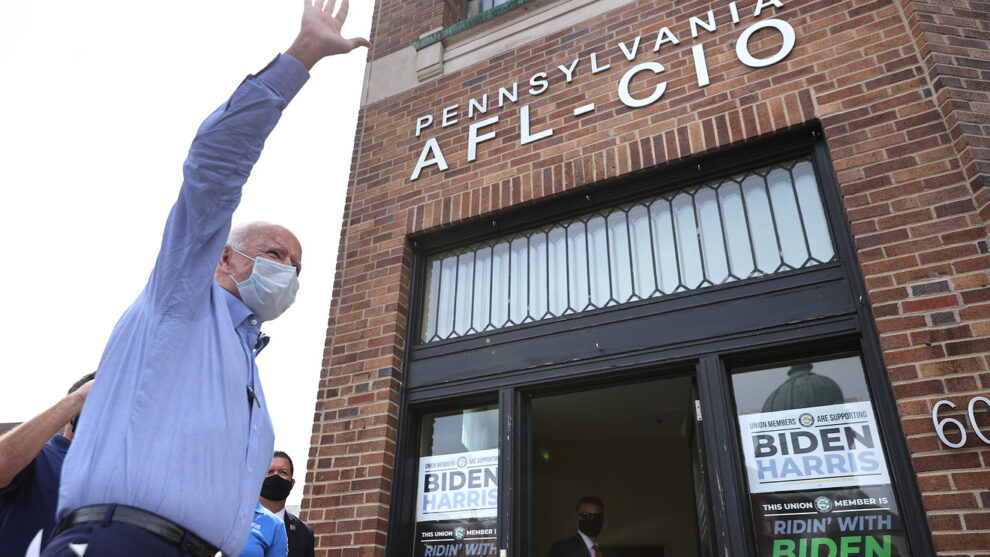 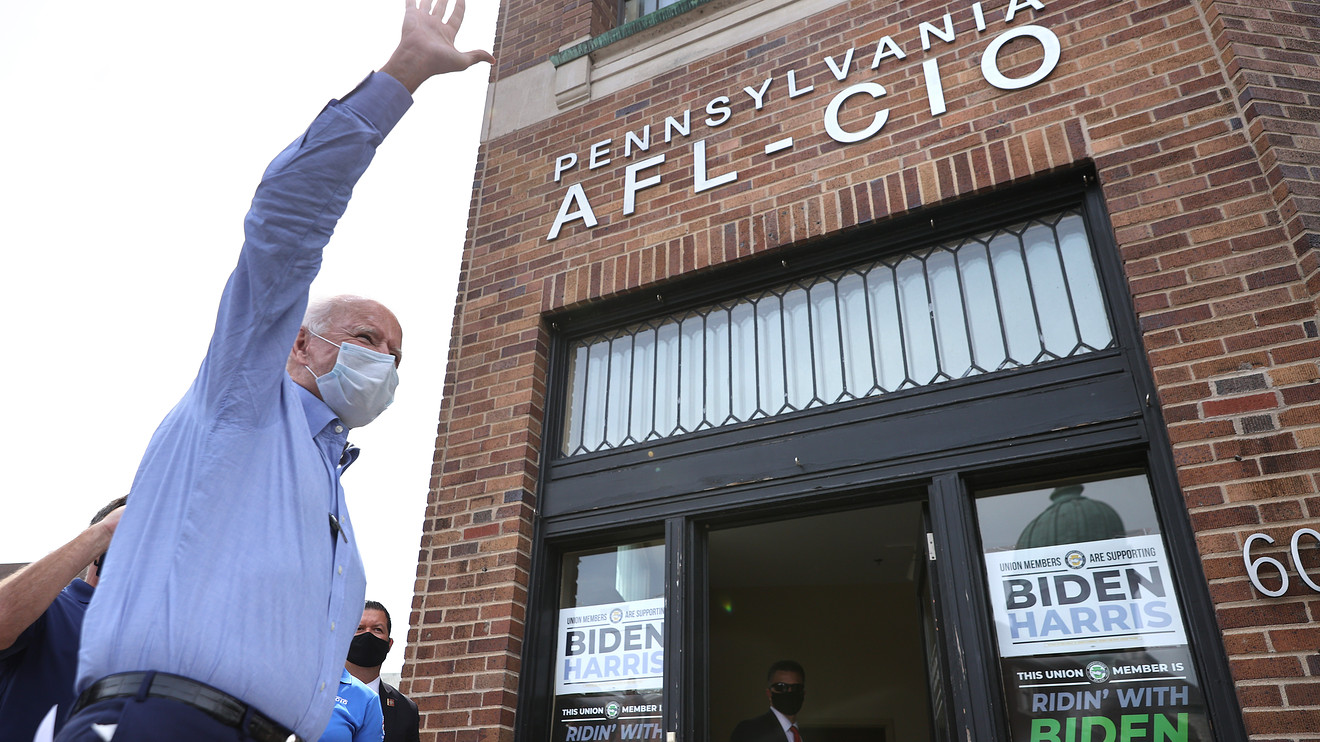 In January 2021, newly-inaugurated President Joe Biden is likely to pull back those same orders, according to union members, who say the orders have weakened their ability to ensure rank and file staffers are treated fairly.

The Biden transition team didn’t respond to a request for comment, but Biden’s campaign website has signaled that the president-elect will address these issues: “There’s a war on organizing, collective bargaining, unions, and workers. It’s been raging for decades, and it’s getting worse with Donald Trump in the White House.”

The President-Elect, among other things, supports laws that would penalize companies trying to interfere with worker organizing efforts, according to his website.

Biden is expected to rely on executive orders for government policy if he cannot make changes through law in a divided Congress.

“This is not just about employees,” said Tony Reardon, national president of the National Treasury Employees Union. “Ultimately, this is good for American taxpayers to have federal employees and agency leaders communicating and taking action together to solve problems before there’s a grievance and a lawsuit.”

Reardon, who heads a union with 150,000 members, said he and his staff had heard from Biden and his campaign in the months leading up to the Nov. 3 election. “The President-Elect, he was clear with me that he is extremely supportive of labor unions and of workers’ rights,” Reardon said.

There’s a different point of view from management. “In some ways, you look at [the executive orders] and go ‘Why weren’t these there before?’” said Scott Witlin, who represents private-sector employers as a partner at Barnes & Thornburg.

There’s nothing that’s unreasonable on its face in the Trump administration orders, he said, such as a six-month limit on negotiations. “Six months would be an exceedingly long private-sector negotiation,” he said.

In certain ways, the potential executive orders on federal workers are a narrow matter.

The federal government employed almost 3.8 million people in 2019, according to the Bureau of Labor Statistics. Of that sum, 1.15 million were represented by unions, the agency said, noting that the category groups together union members and workers without union affiliation who have jobs covered by union or employee association contracts.

But it’s also a peek at the president-elect’s larger views on organized labor.

Last year, there were 14.6 million salary and wage workers who were members of a union, according to the Bureau of Labor Statistics. That’s just over 10% of the workforce, and a 10-percentage-point drop from 1983, the first year comparable statistics became available, the agency said.

There’s a range of reasons why union ranks keep thinning, observers say. That ranges from the 1947 Taft-Hartley Act allowing “union shops” only when a majority of workers voted for the idea, to globalization — which sent off factory jobs — to state-level “right to work” laws that bar unions from collecting dues from non-union workers covered in their contracts.

Though right-to-work opponents say those kinds of laws eat into a union’s to support itself, proponents say it’s not fair to force workers into unions that they don’t feel are acting in their best interest.

The three Trump administration executive orders frame their focus as a matter of promoting efficiency to avoid long, drawn out negotiations that could get in the way of carrying out official duties.

Celine McNicholas, director of government affairs at the left-leaning think tank the Economic Policy Institute, said Trump’s orders focused on federal workers not because he had it out for them especially, but because “he could accomplish those attacks through the stroke of a pen.”

The Trump administration orders “were designed in order to make it impossible for unions to fulfill their representation obligations under the law,” said Jacqueline Simon, public policy director at the American Federation of Government Employees, a union comprised of 700,000 federal and District of Columbia government workers.

Reardon said the orders weren’t necessary. “There is absolutely nothing about labor and management sitting down together and collaborating in work … that suggests they can’t create efficiencies.” And there were already procedures to remove under-performing employees, he added.

Various unions, including the AFGE and NTEU, sued over the orders. Ultimately, the D.C Circuit Court of Appeals dismissed the unions’ challenges last year.

Reardon said he’s seen the consequences of the new orders, which result in “sham” bargaining. Some NTEU members work at the U.S. Department of Health and Human Services, he noted. In the aftermath of the orders, Reardon said agency negotiators cut the talks short because they were bound by the orders’ rules on what could and couldn’t be the focus of talks.

The sides still haven’t come to an agreement, said Reardon.

“HHS is working with employees and their union representation to improve the operations of the department with the aim of making the federal government a better place to work and better able to deliver the services to the American people,” an HHS spokeswoman said in a statement.

The Moneyist: My father wants to deed his kids his home before Prop 19 takes effect. I suggested a life estate instead — he said I’m ungrateful
Pandemic or Not, Visa Remains a Growth Stock Stalking Its Biggest Rival, Cash
Comment