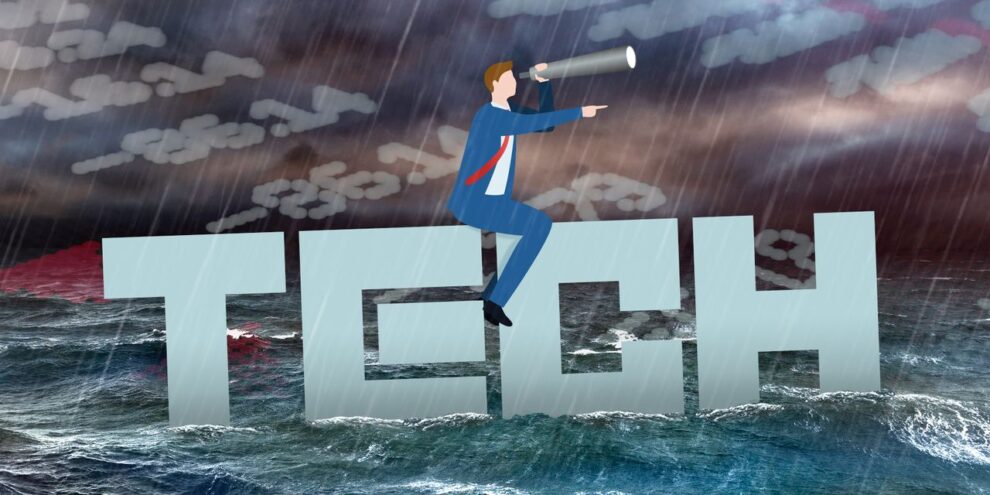 After one of the worst years for tech stocks in recent memory, tech companies are about to detail exactly how good -- or, more likely, how bad -- their holiday seasons were. Read More... 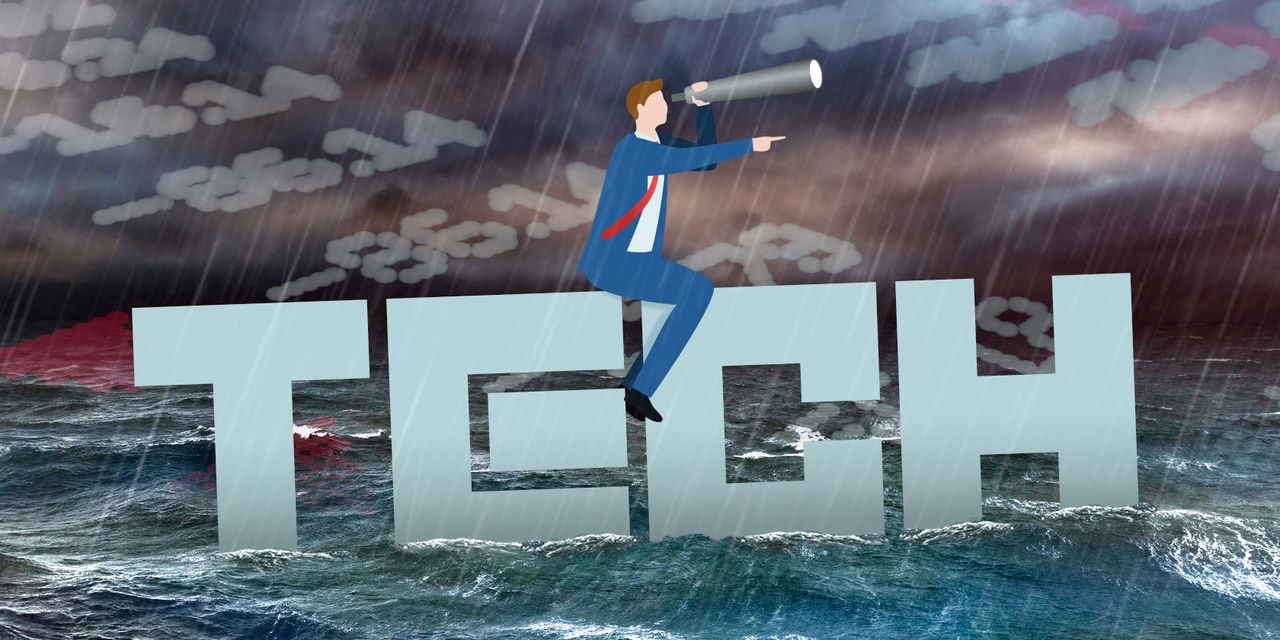 After one of the worst years for tech stocks in recent memory, tech companies are about to detail exactly how good — or, more likely, how bad — their holiday seasons were.

Investors are prepared for bad news after sending tech stocks south in 2022. All eyes will be watching for news about where these massively important companies are headed in 2023, as fourth-quarter results begin to pour in during the coming weeks.

Hundreds of companies will provide 2022 results and varying levels of guidance for the year ahead in the coming days, but some will be more important than others. Here are five tech giants that should land on the top of your list of earnings to watch, since beyond their individual importance, they will also provide insight for their entire tech sectors.

Netflix as a harbinger for streaming

Netflix Inc. NFLX, -1.98% had one of the most topsy-turvy years in tech, but the coming year could be even more important. The streaming-video pioneer will also be a barometer for many of the media companies that have launched streaming services, thus increasing the competitive landscape.

Netflix has already experienced a slowdown in new subscribers, but the fourth quarter could be even worse. There are two views on Wall Street, however, about the company’s upcoming results. Barclay’s analyst Kannan Venkateshwar warned that Netflix may only gain 2.7 million subscribers in the fourth quarter, much lower than executives’ projection of 4.5 million. This quarter also marks the first quarter in which Netflix will no longer offer projections of subscriber growth, a sign of its maturation and entry into a slower growth phase, which will also make the stock more volatile.

Netflix earnings preview: With no more subscription guidance, the focus is on financial estimates

On the other side of that pessimism is John Blackledge at Cowen & Co., who believes Netflix will see an even better gain in subscribers than projected, 4.7 million new adds in the fourth quarter, in part due to its recent pricing changes, which include a lower-priced, ad-supported tier that it launched in November.

“We view Netflix as the best recession play in our coverage universe if macro conditions worsen, particularly as the ad tier is attractive for value-conscious consumers,” Blackledge wrote.

Netflix is among the first to report, with fourth-quarter results expected on Thursday, Jan. 19.

One of the top semiconductor companies in the world, Intel Corp. INTC, -1.69% is also the chip giant about which investors are the most nervous. Holiday earnings could provide answers to investors’ questions about the demand for both the personal-computer sector, which it dominates as the biggest chip provider, and the data center, once its biggest growth category.

The PC market, as was reported last week by the two big market-research firms, had its worst fourth quarter since IDC and Gartner began tracking the industry’s growth rate.

From Therese: The PC boom and bust is already ‘one for the record books,’ and it isn’t over

At the same time, the chip giant is undergoing a major turnaround effort under Chief Executive Pat Gelsinger, and the company may disclose more details about its restructuring plans and ongoing job cuts, which have begun in California and Oregon. Intel has not yet stated how many total jobs it will cut as part of its plan to reduce $3 billion in costs in 2023.

“There are additional concerns of Intel pricing its products more aggressively to capture share and taking advantage of incremental capacity,” said BofA Global Research analyst Vivek Arya, in a recent note. “Within data center, we see some near-term caution and measured cloud/enterprise spending, though with recovery in second half as new server CPU [central processing unit] product cycles start to ramp,” referring to Intel’s recent introduction of its much-delayed Sapphire Rapids chip for data centers.

Investors will be looking for any more commentary on customer adoption of that much-awaited and delayed chip, and the overall state of data-center spending. The answers could also give clues about Intel’s major rivals reporting later in the quarter, such as Advanced Micro Devices Inc. AMD, +0.83% and Nvidia Corp. NVDA, +4.75%.

Intel is expected to report its fourth-quarter earnings on Jan. 26.

Meta, the online-ads company that wants to change

Meta Platforms Inc. META, -1.18% has faced the same issues as others struggling with a downturn in internet advertising, such as Alphabet Inc.’s GOOGL, -0.90% GOOG, -0.69% Google, but it also has some of its own separate issues. Investors will be focused on whether there is evidence that the tide is turning for Facebook’s parent company after a major change in strategy from its controlling ruler, CEO Mark Zuckerberg.

Wall Street soured on Meta last year, as Zuckerberg continued relentless spending on his unproven vision of the metaverse as the next big thing. The fourth quarter, typically a huge one for internet companies, as well as other consumer-facing tech companies, is not going to be a great one for Meta, where revenue is expected by Wall Street to fall 6.5%.

JP Morgan analyst Doug Anmuth thinks a better future is ahead, though. In mid-December, he upgraded Meta’s stock, which fell about 64% in 2022, saying that after showing signs of “increasing cost discipline,” he believed more cost controls are to come. Anmuth also said he believed the company’s issues with Apple Inc.’s AAPL, +0.88% privacy changes and their impact may be easing, with “early anecdotes of marketers & agencies bringing ad dollars back to Meta due to its scale and still strong ROI [return on investment].”

While the fourth-quarter results are already pretty much baked into Meta’s shares, investors will be focusing on the company’s outlook, any signs of improvement in ad spending, cost controls and competition with TikTok.

Meta is expected to report its fourth-quarter earnings on Feb. 1.

Amazon and the end of pandemic booms

Wall Street is paying attention to two sides of Amazon.com Inc.’s AMZN, -2.11% massive business that boomed during the COVID-19 pandemic: its e-commerce/online retailing environment and its cloud-services business. After coming off of some of its biggest growth in years, including whopping revenue growth of 37.6% during the pandemic, Wall Street now expects Amazon’s growth in 2022 to slow to 8.6%, and fourth-quarter revenue to slow to growth of 6.1%. Its earnings for the year are expected to be unprofitable on a net basis, largely due to its big investment in electric truck maker Rivian Automotive Inc. RIVN, +2.92%, after two consecutive years of combined profits of nearly $55 billion for 2020 and 2021.

In addition to the slowdown in e-commerce, the company is seeing its highly profitable Amazon Web Services business slow down. Cowen & Co. analyst John Blackledge joined UBS analyst Lloyd Walmsley this week in trimming estimates. Blackledge is now forecasting that in 2023, Amazon will see overall revenue growth of 8.5% due to the macroeconomic headwinds, with the key driver of his estimate cuts being the slowdown at AWS, growing just 16% in 2023 after growth rates ranging from 33% to 39% in the past four quarters.

Amazon has not yet posted its fourth-quarter earnings date, but it’s expected to take place around Feb. 2, based on the cadence of previous quarters.

Salesforce, a barometer for cloud software

Salesforce Inc. CRM, -0.70%, the pioneer of cloud-software providers, is hitting the first huge pothole of its high-flyer status. Executives have already joined in with other large tech companies in announcing big layoffs as part of their cost-cutting efforts, after two years of unbridled growth.

Salesforce has put up reliably strong growth numbers and become one of Wall Street’s favorites, but that time may be over. When it reports its fiscal fourth-quarter earnings in late February or early March, Salesforce is expected to see its growth slow to around 17% for fiscal 2023, and then to around 10% in fiscal 2024, according to FactSet estimates,  after more than a decade of revenue growth ranging from 22% to 37%.

“Salesforce is in the penalty box, and while the price point could be attractive to some, the risks that the wheels fall off the name are real,” Bernstein Research analyst Mark Moerdler wrote in a note about the overall software sector last month. He also noted that cloud software is “not immune to recession weakness.”

The outlook for Salesforce will likely weigh the heaviest on the company’s results, with investors anxious to see if 10% growth becomes a norm. That is likely the case, since corporations typically cut sales and marketing budgets first during tough times, and Salesforce’s core customer relationship software is widely used by those departments. And widespread layoffs in tech will affect the user numbers, or seats, of its Slack business.