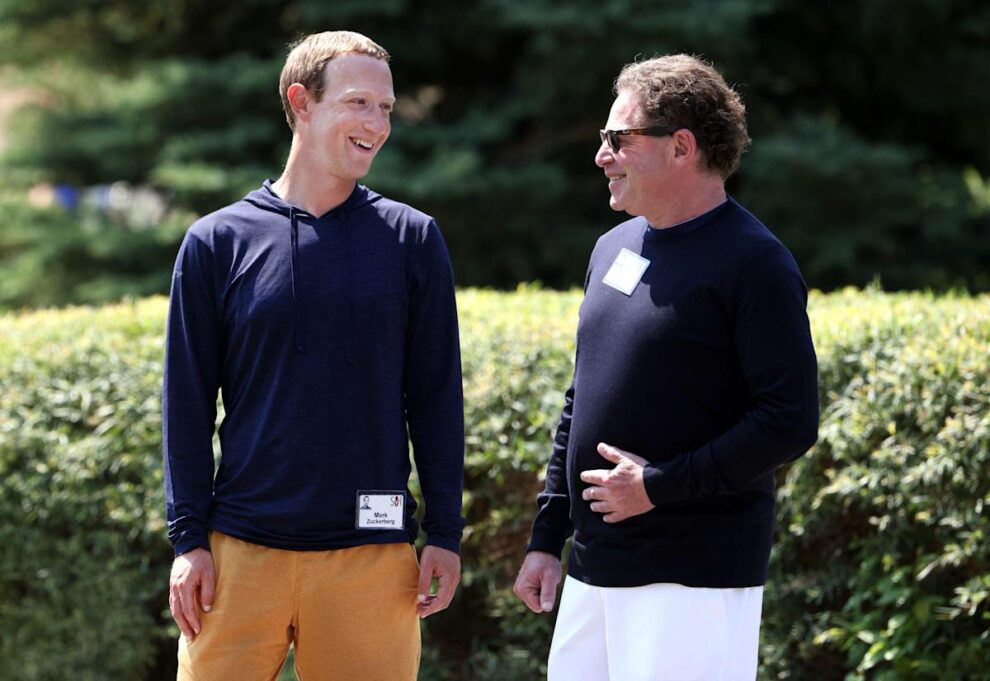 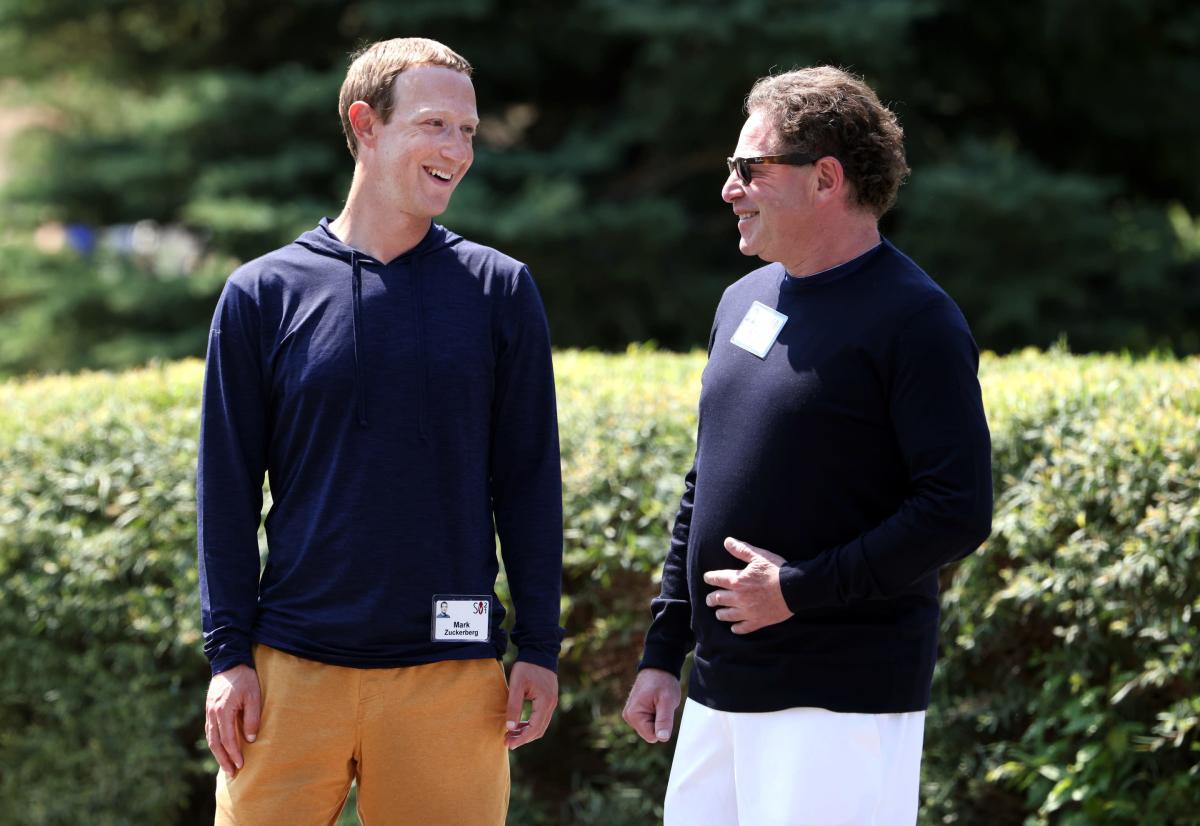 No, your 2022 New Year’s celebrations did not distract you from hearing some contemplative reflections or forward-looking resolutions from some of 2021’s most embattled CEOs. Indeed, there wasn’t anything to hear. While we have many great CEO leadership models to salute, so far we’ve yet to hear promises of much needed 2022 improvements or mea culpas from CEOs in the hot seat—including Facebook’s Mark Zuckerberg; Activision Blizzard’s Bobby Kotick; Robinhood’s Vlad Tenev; Fox Corp.’s Lachlan Murdoch; and Ark Invest’s Cathie Wood.

Lest this New Year turn into their last at the helms of their companies, here are some major changes these embattled CEOs and boards should be considering, to turn these CEOs of the silent nights into silent knights.

Can Mark Zuckerberg of Facebook save face with a name change?

It has been a difficult stretch for Zuckerberg’s public image and that of his company, with old questions surrounding inappropriate content, misinformation, toxic hate speech, and consumer privacy at Facebook growing sharper. Self-inflicted crises such as allegedly deceptive competitive practices did not help, nor did withering congressional hearings prompted by Frances Haugen’s whistleblowing disclosures, which highlighted the company’s malignant influence on political discourse, teen mental health, vaccine misinformation, and misuses of the platform by human traffickers and drug cartels.

Zuckerberg relied on his usual response of downplaying criticisms while promptly shifting attention towards the future. He rebranded Facebook as Meta Platforms, brushing aside significant internal pressure to address the controversies. It’s clear that Zuckerberg has the advice, counsel, and experience around him he needs to navigate this crisis, but whether Zuckerberg listens is another question. Zuckerberg’s own Safety Advisory Board recommended the company overhaul its business model, appoint an executive focused on safety, make more internal data available to independent researchers, and engage with regulators proactively, recommendations which were all ignored. Likewise, requests from some of Meta’s largest institutional investors to address issues around user safety have so far been disregarded.

Facing withering congressional and regulatory scrutiny, Zuckerberg may not have much choice as accountability beckons. He needs to screen content that triggers self-denigration from being marketed to adolescents; work with the ADL, the NAACP Legal Defense and Educational Fund, and the Color of Change on their “Stop the Hate” initiative, which screens violent and genocidal screeds; purge false public health information; and provide Facebook users with ratings of the trustworthiness of sources in their news feeds, from independent parties like Steven Brill’s effective NewsGuard service.

Gaming giant Activision Blizzard has been roiled by multiple reports that Bobby Kotick knew of and enabled multiple cases of sexual misconduct during his 30-year reign as CEO. Kotick has denied any knowledge of sexual misconduct or cultural issues. But his credibility is in question, with Activision stock down over 25% in 2021, and nearly 50% from its peak since the accusations emerged. He faces increasingly vocal calls for his resignation from his own employees, partners, and investor base.

With so many crucial details in dispute, clearly key stakeholders are agitating for a more complete, impartial accounting of the truth. The board’s affirmation of support for Kotick has only muddied the waters more, doing no favors for any involved, least of all Kotick himself. Perhaps Activision’s board can take a page out of the Uber board’s decisive and impartial response when then-CEO Travis Kalanick faced similar accusations in 2017. Uber commissioned an external, independent investigation conducted by Covington & Burling and led by former Attorney General Eric Holder, whose findings helped pave the way for Kalanick’s resignation.

Is Vlad Tenev of Robinhood actually the Sheriff of Nottingham?

2021 started well enough for Robinhood cofounder and CEO Vlad Tenev, with Robinhood shares rising to $85 after its IPO—before plummeting to just $17 after a succession of crises. The company ran afoul of FINRA, which levied a $70 million fine against the brokerage last summer, the highest fine in that regulator’s history. Robinhood’s business model has long been anchored on the highly misleading “payment for order flow” (PFOF) arrangements, which account for 80% of revenues. Now that model is facing criticism for putting retail investors at a disadvantage in terms of getting the best prices available on their orders, with Securities and Exchange Commission chairman Gary Gensler considering a PFOF ban.

Whether Robinhood is more the Sheriff of Nottingham in how it treats its customers will depend on how it adapts to a paradigm of transparency, oversight, and scrutiny. When asked on a recent earnings call about a potential PFOF ban, company executives were dismissive, defending PFOF as a consumer-friendly innovation. The depressed share price suggests investors are unconvinced. Instead of hiding behind a misinformation smoke screen, Tenev should take decisive steps to reassure regulators and customers the company is serious about implementing increased transparency—especially given that he can still charge zero commissions while giving his customers better execution without increasing his operating expense. Robinhood could start by disclosing in greater detail to customers what revenue it receives on their trades through PFOF. They could index their trades against competitors such as Public, which also provides free trading to clients but routes orders to SEC-regulated stock exchanges. Public has provided data showing success in getting clients better prices since it stopped taking PFOF. That data calls into question not only Robinhood’s defense that free trading can only be done with PFOF, but also its claim that the use of PFOF does not conflict with its duty to get clients best execution.

Instead of fortifying a respected position as a provider of trustworthy, right-leaning commentary, Lachlan Murdoch, after decamping to Australia for much of the pandemic, has delegated the day-to-day running of Fox News to extremist partisans. These subordinates have propagated distortions ranging from the subversive Big Lie about election fraud in 2020 to COVID misinformation—the latter despite Fox’s own smart and well-informed internal vaccine mandate. It appears that Fox is slipping in its hold over even the far right, with the One America News Network (OANN) making rapid gains—while Fox battles declining ratings, stalling earnings growth, a mass exodus of talent ranging from Chris Stirewalt to Chris Wallace to Shepard Smith, and the possibility of billions in defamation damages for broadcasting misinformation about voting machine fraud. (Editor’s note: Fox News notes that it finished 2021 as the most-watched network in basic cable.)

Murdoch’s predecessors had a knack for retaining the loyalty of Fox’s broad right-leaning viewership and other key constituents without falling into a race to the bottom against fringe voices. That’s a balance that Murdoch will need to strike again, lest Fox fade from mainstream relevance. Fortunately, he has ample family models to learn from. While his father, Rupert Murdoch, faced criticism himself for many of the same reasons, it is worth noting that the elder Murdoch personally approved Fox’s decision to call Arizona for Joe Biden in 2020, while both Rupert and Lachlan’s brother James Murdoch have repeatedly condemned the Big Lie. Furthermore, James has been a courageous, determined advocate and donor to the cause of democracy reform. Some brotherly love, or at least voice, would help.

Not only was 2021 a bad year for Ark Invest financially: It further exposed long-running concerns about its structural business weaknesses, with an overreliance on long-shot stocks whose valuations have often been artificially inflated thanks to Wood’s own media hype. The firm’s flagship ARK Innovation ETF was down nearly 25% on the year, underperforming S&P 500 returns by a whopping 53%. Fearful that the heady days of the firm’s market-busting 2020 performance are sailing away from Ark, Wood closed the year catching other falling knives.

If her ark has not sunk, it is surely listing—swamped not only by the tidal waves of a popping market bubble but also, just as importantly, by a collection of questionable passengers. Well over half of the Innovation Fund’s 43 investments are down by at least 50% from their peak, bailed out by just a small handful of names performing well. Of Wood’s six active ETF products, every single one was down in 2021 net of fees, with medical-news publication STAT commenting that “[Wood was] directly responsible for the creation of the biotech stock valuation bubble…valuations built on little more than Wood’s CNBC appearances could not be sustained…when the bubble popped, biotech investing and dealmaking in 2021 were decimated,” in reference to the nearly 50% decline in the Ark Genomic Revolution ETF. And many amongst Ark’s retail investor base are jumping ship by redeeming assets, with over 20% of the fund’s assets under management walking out the door.

Wood will need to demonstrate a lot more selectiveness in who she lets on the ark in 2022—lest they bring down the ship from within even before the tides of a capricious market have their way. Perhaps, too, Wood should say less herself, as her media promotion has far outstripped her financial performance.

These CEOs and boards have clearly been missing the moment, but their companies are not doomed. As Groucho Marx observed, “If a black cat crosses your path, it signifies the animal is going somewhere.”

Jeffrey Sonnenfeld is a senior associate dean and the Lester Crown Professor of Management Practice at the Yale School of Management and author of Firing Back: How Great Leaders Rebound After Career Disasters (Oxford University Press). Follow him on Twitter.

Steven Tian is director of research for the Yale Chief Executive Leadership Institute.