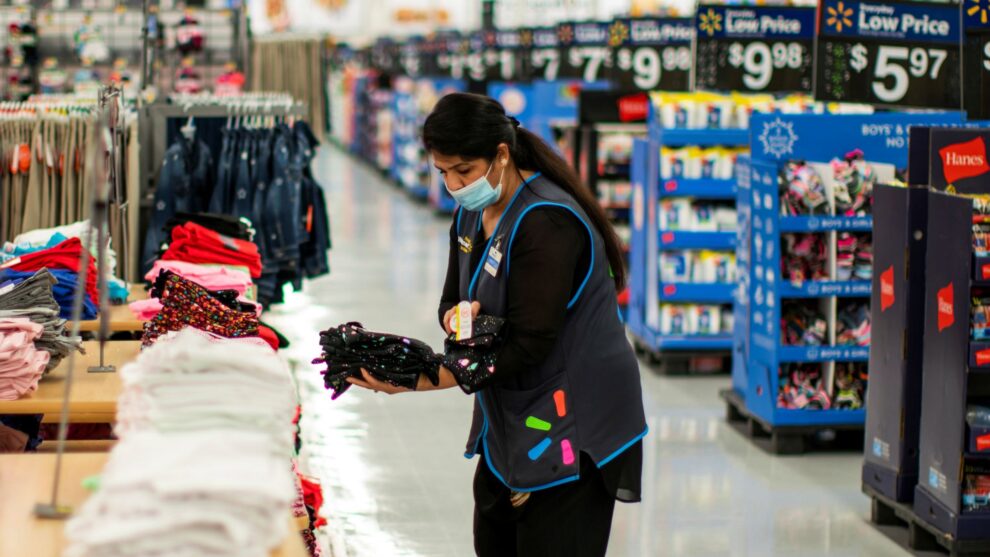 Retailers open up their wallets to pay more workers after months of hard work during the COVID-19 outbreak. Read More...

With their profit coffers fully stocked after months of consumers hoarding food and cleaning products during the COVID-19 pandemic, some major retailers are opening up their checkbooks to reward tired workers ahead of the busy holiday shopping season.

On Tuesday evening, Dollar General became the latest to cut a check to workers. The 16,000-plus dollar store chain said it would award about $50 million in additional “appreciation bonuses” to eligible frontline workers in the fourth quarter. The investment is double what Dollar General had planned to award workers. Dollar General said it now plans to hand out $100 million in bonuses combined for the third and fourth quarters. For the full year, the number is estimated to be $173 million.

“To demonstrate our ongoing gratitude and support for our employees directly serving our customers and communities during this pandemic, we are proud to double our initial plans for second-half bonuses by awarding an additional approximately $50 million to our frontline team members,” said Dollar General CEO Todd Vasos in a statement. “Customers continue to look to and trust Dollar General to carry the essential household items on which they depend, all while furthering our mission of Serving Others. Our dedicated store, distribution and private fleet teams continue to work diligently to meet our customers’ needs, especially as we see increased demand and stock-up behaviors.”

Here are several other retailers stepping up to pay weary workers.

Fresh off another mind-blowing quarter as quarantined consumers remodeled their homes, the home improvement retailer said Tuesday it will invest $1 billion in what it calls “incremental compensation” annually for its workers. A Home Depot spokesperson declined to share specifics to Yahoo Finance on how much the company’s average hourly wage will increase after the investment.

“It varies market by market. Our compensation, at all levels, is based on skills, responsibilities, performance and market rates,” the spokesperson told Yahoo Finance. According to Glassdoor, the average hourly wage for a Home Depot cashier is $11 an hour. A sales associate earns $12 an hour, per Glassdoor.

The spokesperson said the “majority” of Home Depot’s 400,000 total employees will receive a pay bump from the new investment.

Home Depot’s third quarter same-store sales exploded 24.1%. Profits rose 25.7% from a year ago. The company ended the quarter with $14.6 billion. Good to see the retailer giving back amid those lofty numbers.

Nice to see Target paying more to workers, too, in light of its financial performance.

The world’s largest retailer’s pay hike comes as the company calls for lawmakers to enact a new stimulus plan for those unemployed because of the pandemic.

“I think the lack of stimulus is showing up more so with those unemployed, small businesses and people that need help. I think it’s important that we all understand in some ways we are having a shared experience because we are in a pandemic together, but we are having a very different experience. If you have been let go and don’t have income, you really need help. The voice we have at Walmart is to say to Congress and the administration we need you to help those people who need help,” Walmart CEO Doug McMillon said recently at the Yahoo Finance All Markets Summit.

The lack of stimulus didn’t hurt Walmart’s third quarter, and underscored why the company raised wages in September.

Costco began paying its workers an extra $2 an hour back in March at the height of the pandemic. While other retailers such as Kroger and Target have stopped pandemic related bonuses, the notoriously pro worker Costco has kept its practice intact.

It will leave it intact this holiday season.

On a recent earnings call, Costco CFO Richard Galanti signaled no change to pandemic pay is in the offing for now. “To-date we are doing that [paying $2 an hour extra] and we’ve committed to doing that at least through, I believe the first eight weeks of this fiscal quarter, and again, we’ll take that time and again. Our numbers have been very good, our employees are on the frontline,” Galanti said.

Costco’s numbers have indeed been very good. Same-store sales have risen by double-digit percentages for the last five months as consumers consolidate trips and stock up. The company just announced a special dividend, too.

Livability: Top stops along the Kentucky Bourbon Trail that are more than just whiskey

Facebook, Apple, Google and Twitter ask staff to work remotely due to coronavirus concerns — now here’s the bad news for the rest of America