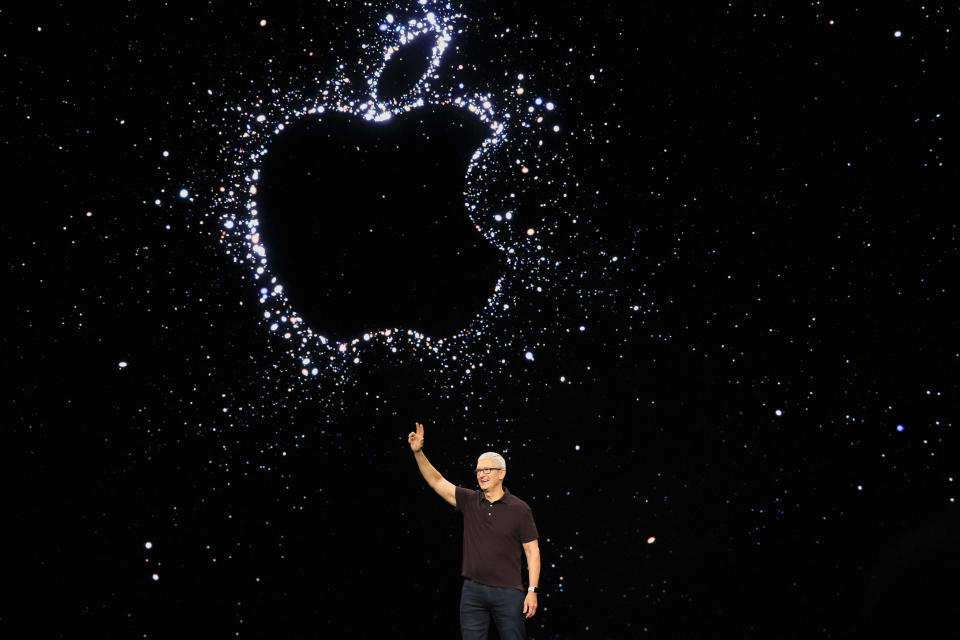 Netflix (NFLX) earnings are set for release on Thursday, kicking off two-week period during which most of the market’s biggest tech companies will report their quarterly results.

And according to Wedbush analyst Dan Ives, investors are focused on three big questions ahead of these results.

First, a key focus will be on whether enterprise spending is holding up better than feared.

Over the past decade, there’s been a rapid adoption of cloud services, with this trend accelerating during the pandemic when many businesses were forced to upscale cloud services to help staff work remotely.

But now, there are signs that continue to point to a slowdown in this profitable pocket of the industry.

Last quarter, Microsoft reported growth in its Azure cloud division fell to 35% in the quarter, down from a growth rate of 50% in the same quarter last year.

A similar slowdown was also reported by Google parent Alphabet (GOOGL), with its Google Cloud platform growth slowing to 37% in the third quarter, down from 44% the prior year during the same period.

These slowdowns have weighed down sentiment across the broader cloud space.

“Bark is worse than the bite and enterprise cloud spend will soften, but not fall off a cliff in 2023 which is currently being priced into tech stocks/sector,” Ives wrote in a note on Tuesday.

Meanwhile, another debate on the table is whether Apple withstand what Ives calls “a darker economic path.”

“While supply constraints given the Covid shutdowns in China was the albatross for the Dec quarter, now Street worries is all centered around a softer iPhone/services demand trajectory for Apple,” Ives added.

Apple said last year it would be backing off its plans to increase production of its new iPhones as consumer demand weakened, Bloomberg reported.

According to Ives, CEO Tim Cook has a better view on global consumer demand than any other executive, which will leave Wall Street paying close attention to iPhone demand growth forecasts at the upcoming earnings call on Feb. 2. In Ives’ view, Apple is likely to show demand for its products is more resilient than investors are currently modeling.

Lastly, after months of tech layoffs, hiring freezes and other cutting costs measures, big tech companies are poised to stabilize.

In Ives’ opinion, these measures are viewed positively as, “investors want these management teams to get ahead of the storm and preserve margins in this uncertain macro.”

Looking ahead, Ives is forecasting another 5%-10% headcount cut across the tech sector as many of the issues currently weighing on the tech companies are unlikely to let up anytime soon.

“We are forecasting another 5%-10% headcount cut across the tech sector as many of these companies (both big and small) were spending money like 1980’s Rock Stars and now need to reign in the expense controls ahead of a softer macro,” Ives said.