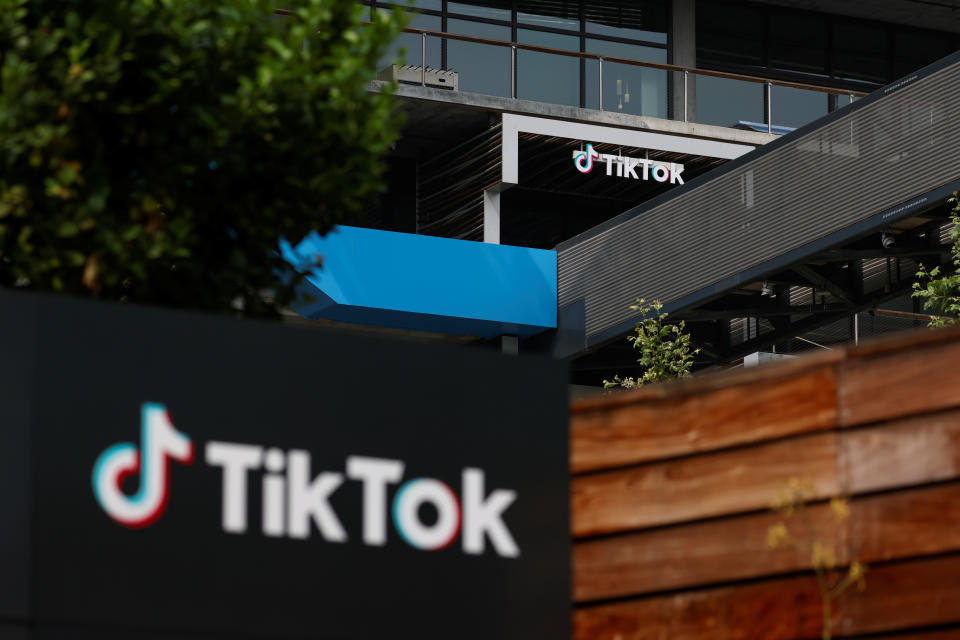 A recent symbolic broadside may help lay the groundwork for new action from Washington in the coming months. Read More...

Lawmakers in Washington ended 2022 with one of their most direct moves against TikTok yet: a ban of the app on government devices.

While it may not do much to slow the app’s rapid growth, the move could lay the groundwork for new action from Washington in 2023. While a national ban is seen as unlikely, other measures against the company appear to be very much on the table.

“The pressure on TikTok is mounting,” said Mark MacCarthy of the Center for Technology Innovation at the Brookings Institution. He adds the push for a larger move against the company has been slowed in recent months by slow-moving probes into the company that have “frozen the Biden administration for a substantial period of time,” he said.

But that could soon be changing.

The core concern is whether TikTok, as it has pledged, has reorganized so all data gathered on Americans is not accessible by the Chinese government. And, also, whether there is algorithm transparency to ensure that China cannot influence the media that Americans consume.

The company had previously announced plans to work with Oracle (ORCL) on these issues, but has faced deep skepticism that the TikTok— which remains owned by Beijing-based ByteDance — can ever operate in the U.S. free of malicious Chinese government influence.

In a statement to Yahoo Finance, TikTok spokesperson Brooke Oberwetter reiterated the company’s opposition to a total ban of TikTok. “We hope that lawmakers will focus their energies on efforts to address those issues holistically, rather than pretending that banning a single service would solve any of the problems they’re concerned about or make Americans any safer,” she said.

‘I can’t see that happening’

“TikTok is digital fentanyl that’s addicting Americans, collecting troves of their data, and censoring their news,” Gallagher has said in an effort to sell his bill.

The Wisconsin congressman will have a bigger platform to push for a ban in 2023 as the incoming chair of the new House Select Committee on Strategic Competition with China. But it remains unclear if there’s the political will for total ban (or whether such a ban would even be possible to implement).

“I don’t think there will be a ban from a consumer perspective,” said Ari Lightman, digital media and marketing professor at Carnegie Mellon University. “In large part, consumers don’t care [about the security concerns], and I don’t think the government will follow-through, especially since it’s so divided and dysfunctional.”

Lightman added: “There have been total bans in countries like India with Chinese-owned apps, but I can’t see that happening in the U.S … Rather, developing comprehensive and equitable privacy legislation is much more feasible.”

The efforts for a broader privacy bill would take on not just TikTok, but other social media companies as well. For example: the American Data Privacy Protection Act. The bipartisan effort from 2022, which many expect will be the basis for future negotiations, has provisions to empower the Federal Trade Commission (FTC) to establish a new bureau at the agency focused on privacy. It may also mandate new transparency requirements requiring companies to reveal what kind of data they are collecting and how they are using it.

And Lightman says that the existing bans on TikTok on government devices—which include state government devices as well—should be expanded. “Social platforms should be banned from state-owned devices. TikTok should not be the only one singled out” he said. “Audits should be done routinely to identify information on these devices that might be classified and how it is secured.”

Another possible avenue for pressure could come via corporate America. Reps. Gallagher and Krishnamoorthi recently sent a letter to the CEO of ESPN about the company allowing the TikTok to sponsor halftime shows.

Mark MacCarthy, of the Center for Technology Innovation, predicted: “I think you’re going to continue to see this informal pressure” on third party companies over their relationship with TikTok and one front in the effort could include “constraints on the use of the TikTok app [on work devices] in various organizations.”

And the real power to implement a ban, in the end, lies with American businesses said Lightman, particularly with tech companies like Alphabet (GOOG, GOOGL) and Apple (AAPL). “In most cases, bans come from app stores like Google and Apple, when those apps violate their terms of service,” he said.

For instance: when Apple’s banned Fortnite. That 2020 ban quickly locked out millions of iOS and macOS users from the game, and prompted an antitrust lawsuit filed by Fortnite parent Epic Games. That fight is still in progress, as both sides have appealed the court’s latest ruling. Apple’s total ban of Fortnite from its app store has reportedly cost Epic Games more than $20 million a month.

Another front in the effort is the Biden administration, which has largely been silent, partly in reaction to Donald Trump, who when president tried to ban TikTok, but saw the effort effort fall to legal challenges.

But now both the Justice and the Treasury Departments are reportedly looking into the issue and officials could present their conclusions in the coming months.

A key effort is the interagency Committee on Foreign Investment in the United States (CFIUS), the influential group tasked with reviewing transactions from foreign companies operating inside the United States. It has been working with TikTok for two years now.

The talks continue to “address national security concerns about TikTok in the U.S.,” said TikTok’s Oberwetter promising “a comprehensive package of measures with layers of government and independent oversight to ensure that there are no backdoors into TikTok that could be used to manipulate the platform.”

“These measures go beyond what any peer company is doing today on security,” she said.

Are there any unilateral steps the Biden administration might take? There are some examples but they are far from straightforward. For instance, In 2019, CFIUS pressured Grindr’s China-based owner Kunlun Tech to divest the LGBTQ dating app, which eventually went public in 2022. But ultimately there’s not a direct precedent for the sort of all-out ban that some are calling for.

But even a signal from the administration could be important.

During a recent Yahoo Finance Live interview, Sen. Mark Warner (D-VA) said he was considering joining the ban TikTok bandwagon. But before then “I want to give the Justice Department at least the chance to somehow make the case that they can have this separation of information, and that your kids and our personal data is not being stored in Beijing.”

Allie Garfinkle is a Senior Tech Reporter at Yahoo Finance. Follow her on Twitter at @agarfinks. Ben Werschkul is Washington correspondent for Yahoo Finance.