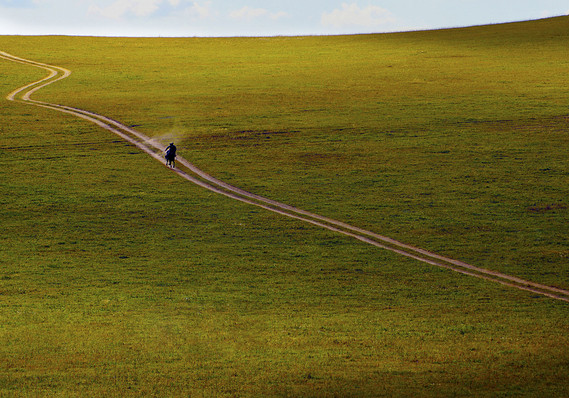 America is not full, as President Trump claims. More immigration would serve America, and better economic and trade policy with Central America would mean fewer people who run for the border, writes Tim Mullaney. Read More...

For a guy who was “totally exonerated” by the still-unreleased report of special counsel Robert Mueller, President Donald Trump is making an awful lot of unforced errors — not least taking time out of his busy regimen of TV and “executive time” to go to the border to declare that “our country is full”and cannot bear to absorb a single new, brown-skinned immigrant from Central America.

So full, in fact, that the administration announced Monday that it’s cracking down on visas for professional baseball players from Cuba. All 18 of them in the major leagues, as counted by Baseball Almanac. And Cuba isn’t even in Central America.

America is not full, or even close. Has the president been to Montana? Has he even ventured upstairs at his own Washington hotel, where vacancy rates are higher than Washington’s average, partly because of high prices and partly because no one not doing business with the government wants to grease Trump’s palms?

Economically, the president couldn’t be more wrong. More immigration would better serve America, for very simple reasons. And better economic and trade policy with Central America, coupled with a dose of cooperation on internal security and law enforcement in areas where human-rights groups like Amnesty International report widespread abuse of kids and young women by criminal gangs, would mean fewer people who run for the border in the first place.

For the U.S., the issue is really simple to understand — both in theory and in the latest data.

First of all, economic growth depends in part on population growth. The popular formula is that the economy’s potential growth rate — its so-called speed limit — is about the sum of the labor force growth and productivity growth. The reason economists think the U.S. economy can really only grow between 2% and 2.5% annually is that each of those factors only grows about 1% each year.

So more people here — especially people old enough to work — would be a spur to consumption, which is most of the economy. If the president wants the economy to grow 3% a year — or the 4% to 6% he claims to be delivering when he gets on a roll (his first two years averaged 2.55% even with a deficit-funded tax cut) — he’d best make population grow.

Rex Nutting: Sorry, Mr. Trump, but the only way to get to 3% growth is to hire more Mexicans

Second, the U.S. economy has 7.1 million open jobs right now, about 15% more than the number of unemployed people. And if more immigrants came to fill some of those jobs, and consume stuff, they’d generate still more job openings. That’s how this works. Pretty basic, really.

By contrast, the Border Patrol said about 105,000 families from Guatemala, Honduras and El Salvador were apprehended at the border last year — the U.S. population is 328.7 million. We might be able to squeeze them in.

The other problem is that Trump’s border approach is the exact opposite of what works.

We know why illegal migration from Mexico slowed down. It wasn’t a wall, since there isn’t one; it was a more-stable Mexican economy, thanks partly to open trade.

According to the U.S. government’s CIA Factbook, Guatemala, El Salvador and Honduras all have gross domestic product per capita of about half the average for Latin America — and are comparable to African nations and former Soviet republics among the world’s worst economies. As much as 15% of their economies represent money that emigrants send home, mostly from the U.S.

And as many as a third of jobs in these nations are in agriculture, since they attracted little of the manufacturing Mexico has or the service jobs (many of them serving Americans) that Costa Rica has.

We also know countries that don’t generate big immigration crises are those, like Costa Rica and Mexico, where calm local conditions don’t make people flee (in Mexico, crime makes this less than 100% true, but still) and where they can make a living, Moody’s Analytics economist Jesse Rogers said.

“It’s violence, [falling commodity prices for coffee and bananas] and governments that don’t have the money to cope with natural disasters” that spark refugees, Rogers said.

Even El Salvador, despite what you might hear on cable TV, has seen years of declining out-migration until the last few months, Rogers said, partly because U.S. aid built basic infrastructure like electricity. At the same time, much of Guatemala is struggling to bounce back from 2014’s Hurricane Boris, he said. In countries with immature institutions, situations like that breed trouble.

American aid and engagement would help Honduras and Guatemala, where 90% of the folks being stopped at the border are from.

But from an administration that’s dragging its feet on helping Spanish-speaking U.S. citizens in Puerto Rico bounce back from 2017’s Hurricane Maria? Don’t hold your breath.

The Mastermind Behind BTS Has Built a $780 Million K-Pop Fortune
Market Snapshot: Stocks drop as Trump tweets threat of $11 billion in ‘tariffs on EU products’
Comment

: These students thought they were paying for their education with an innovative alternative to loans — but the true cost was hidden, lawsuit alleges

3 Fresh IPOs Worth Keeping an Eye On

Bill Gates: Paranoia on China is a ‘crazy approach’ to innovation